What used to be a parking lot now has lush landscaping, benches, swings, a fountain and some techy amenities. 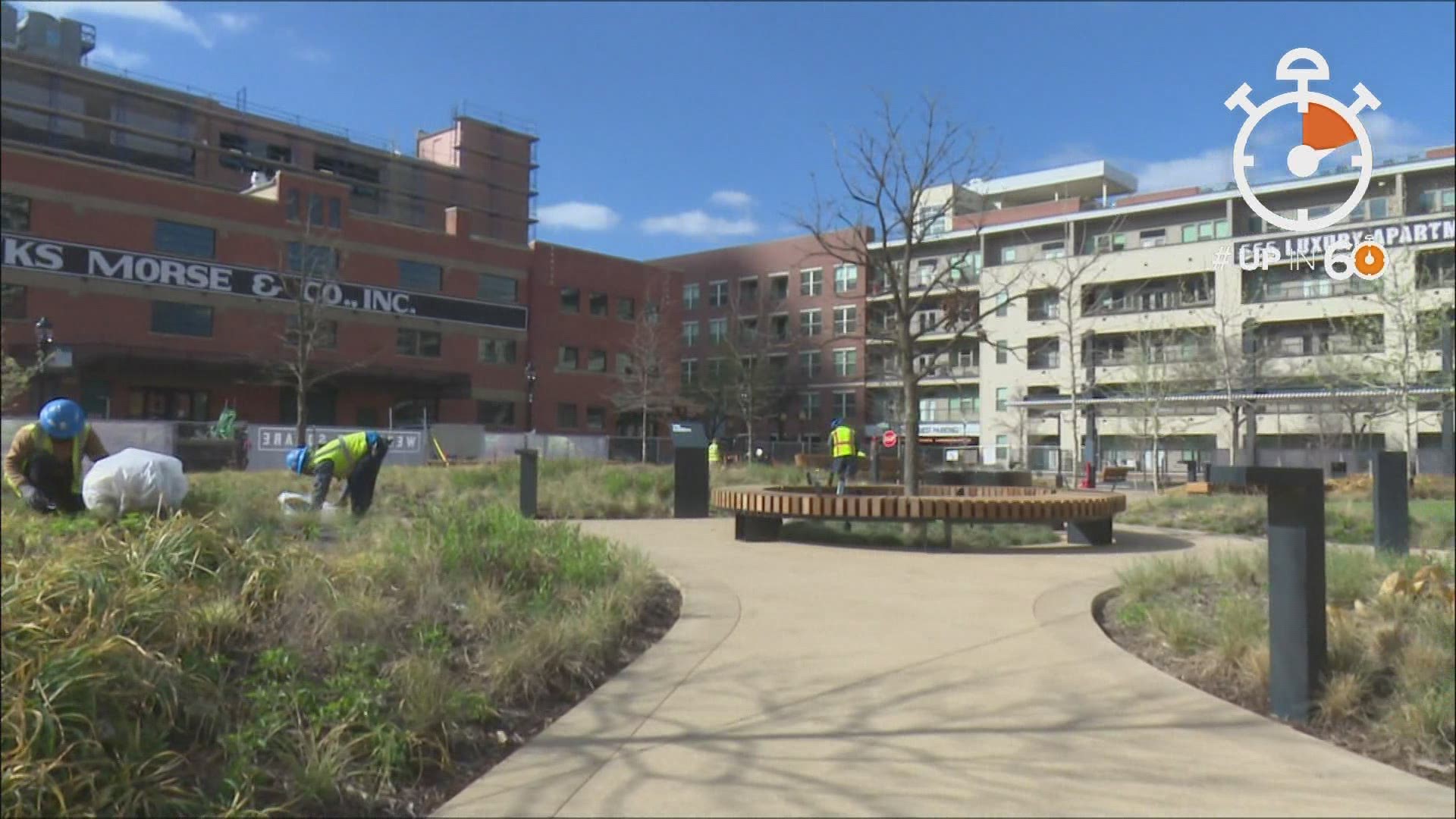 DALLAS — Once the premier entertainment district in Dallas, the West End is growing up. The late night crowds of the 80s and 90s have given way to apartments, museums and innovative new offices housed inside the traditional redbrick warehouses.

Now it will be getting one thing it has never had before, with the opening of West End Square, a three-quarter acre park built alongside the old Spaghetti Warehouse building between Munger Avenue and Corbin Street on one end, Record and Market Streets on the other.

“The West End historically been one of our entertainment districts, and it will continue to be, but now it is also a neighborhood. West End Square is a park to serve that neighborhood,” said Kourtny Garrett, the CEO of Downtown Dallas, Inc.

What used to be a parking lot now has lush landscaping, benches, swings and a fountain.

“It has a lot of amenities in response to what this district wanted,” said Amy Meadows, the CEO of Parks for Downtown Dallas.”

A park in the West End has been part of a master plan developed way back in 2004, but plans had been put on hold because the city was unable to secure the land needed to build it.

As the real estate circumstances in the district changed, the plan for the park was updated in 2013, and now it will officially open Friday, March 26 to the public.

Garrett said the park was built to serve the current atmosphere and people of the West End.

“West End Square is really playing off of that innovation theme we are seeing come into the West End, so it will be a place that encourages co-working, it has connectivity and it serves as the neighborhood green space.”