Last Tuskegee Airman is home in Dallas thanks to the community

"I love it, being home," said Homer Hogues. Donors gave more than $90,000 to remodel the veteran's home so he can spend his final days with his wife. 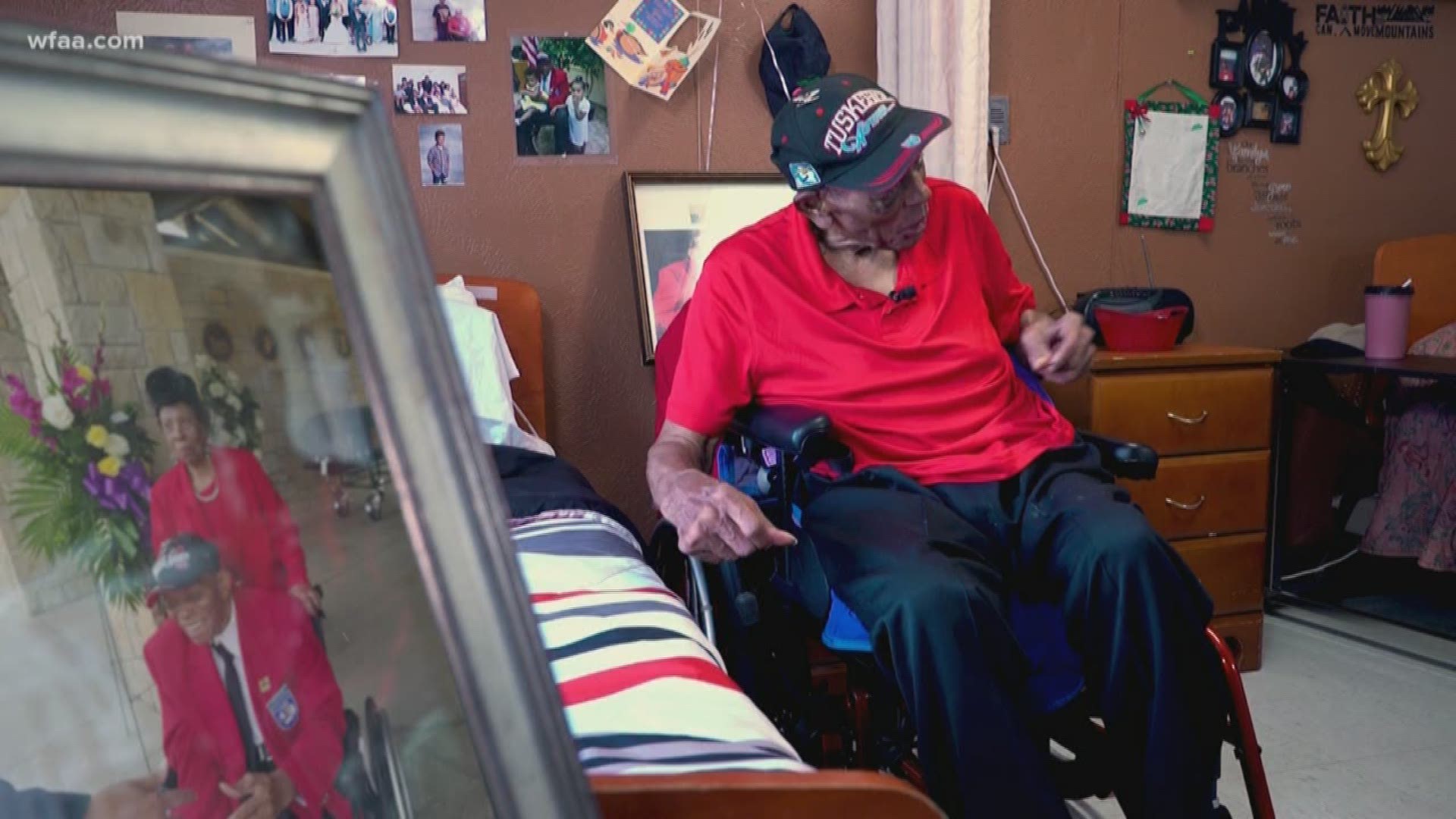 DALLAS — At 92-years-old, Staff Sgt. Homer Hogues is the last surviving Tuskegee Airman in the Dallas-Fort Worth area.

Over the last year, Hogues was in and out of the hospital with health problems. He was eventually taken to a nursing home where his family would visit, but it was hard for his wife of 72 years, Mattie, to see him.

Hogues had one wish. He wished to go back to his Dallas home and spend what time he has left with her.

It became his daughter Barbara's goal to make that happen.

Hogues and his daughter shared the story with WFAA this summer. More than $27,000 was raised on GoFundMe to support Hogues' return home.

An additional $61,000 was donated by organizations across North Texas to provide labor and supplies to remodel his home. He was also given a wheelchair van.

Within three months, Hogues' wish came true. He returned to his home, fitted to his health needs.

"I'm shocked. I didn't know that many people cared about me," he said.

Hogues is back by his wife's side like he has been for 72 years.

The walls of his room are filled with memories and photos, as he continues to share the Tuskegee story, including that he "got a chance to work on the P47 Thunderbolt."