Since December, Homer Hogues has been in and out of the hospital. And in March, he moved into a nursing home. 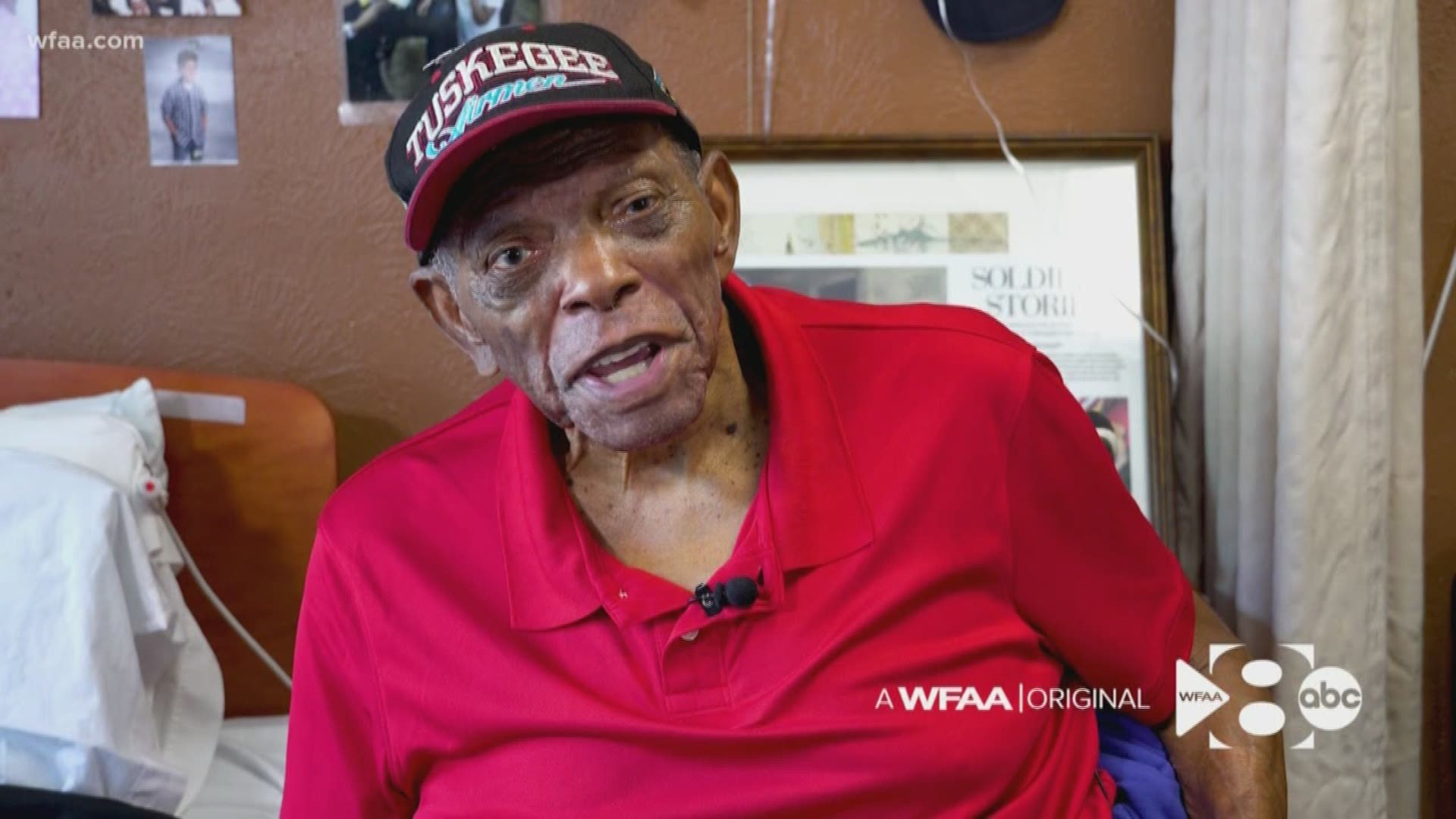 Homer Hogues is soft-spoken and humble. His story is anything but.

Hogues is the last known surviving Tuskegee Airman in the Dallas-Fort Worth area. He was an airplane and engine mechanic as a part of the 99th Fighter Squadron in the 332nd Fighter Group.

“I got a chance to work on the P-47 Thunderbolt,” Hogues said.

The staff sergeant remembers World War II, but he also remembers the fight against racism as one of the first black airmen in the United States Armed Forces.

“It was so segregated,” Hogues said.

The Tuskegee Airmen changed history for people of color. They dared to dream and became the first African-Americans to fly combat missions.

But now the hero needs help.

Since December, Hogues has been in and out of the hospital. And in March, he moved into a nursing home.

Hogues’ daughter, Barbara Hogues, knows his health is declining and wants to give back to the man who gave selflessly to his country and his family.

“I always tell him now he is my hero twice," she said. "When I found out that he was a Tuskegee Airman, he was my hero because he was an American hero, but he was always my hero.”

Staff Sergeant Hogues’ dream is to move back home and be with his wife of 72 years. But in order to do that, he would need a wheelchair van, at-home health care and would need to remodel his home for handicap accessibility.

A GoFundMe page has been set up to help Hogues.

He wants a simple end to a remarkable life.