It's personal for many of the people in the organization, like Juanita Nañez, whose past relatives were in Texas well before the Texas Revolution. 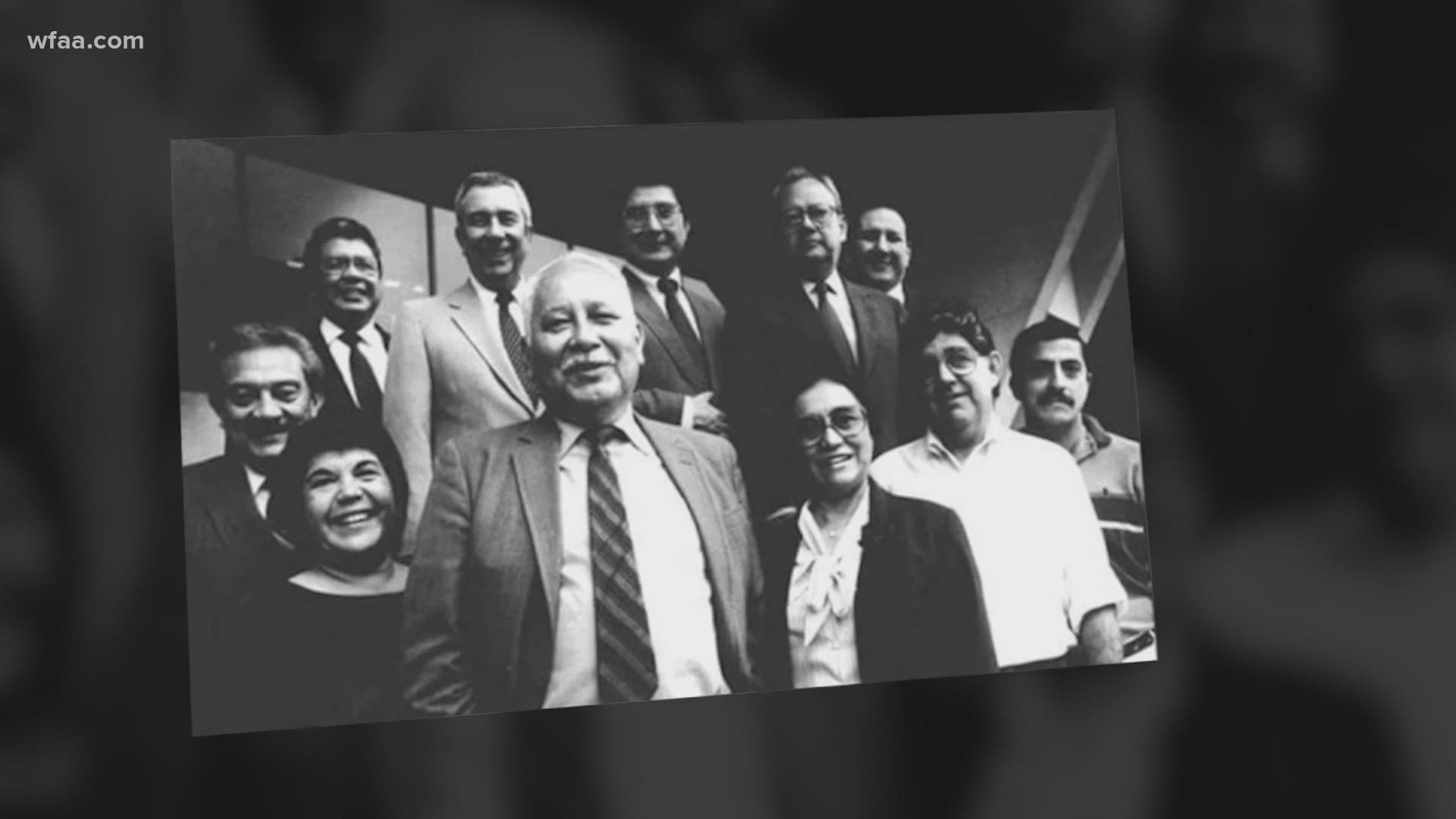 "Our story is not in the book," said Albert Valtierra, vice president of the league. "We have to tell the story."

The league found a photo from the early 1900s that showed Mexican-Americans building levies.

"Without our people, downtown Dallas would still be flooding today," Valtierra said.

It's personal for many of the people in the organization, like Juanita Nañez, whose relatives were in Texas well before the Texas Revolution.

"We did not cross the border, the border crossed us," Nañez said. "We take pride in telling people that our people helped build this city."

Nañez, a board member of the organization, said it's important to capture the full history of the city and Texas.

"When we tell our stories, we're really telling the history of Dallas as well," Nañez said.

The Dallas Mexican American Historical League also crafted a map of the Mexican-American Barrios in Dallas from 1900 to 1970.

The nonprofit spent years researching, adjusting and putting this together.

"We're very proud of that map," Nañez said. "It's very unique. No one else has that."

Valtierra said they want to tell "the good, the bad and the ugly" of their history.

He said one of those stories is about Santos Rodriguez, a 12-year-old Mexican American boy living in the former neighborhood of Little Mexico.

He was shot and killed by a police officer later found guilty of murder with malice.

"We want to dig and dig and research and research," Valtierra said. "Once we collect, those are the stories we want to tell."

The Dallas Mexican American Historical League will regularly hold exhibits so that then the people, like Santos' mother, can take a moment to remember.

The nonprofit is also working to bring on younger people that they are calling "emerging historians" so that one day, those who aren't even here yet can learn these stories as well.

"To tell our stories for our children, our descendants and our future generations," Nañez said.

The Dallas Mexican America Historical League is currently in discussions with Fair Park to create a museum so that then all their artwork will have a permanent home.

To learn more about this organization, you can go to dmahl.org.