Dallas families' complicated but important connection to the Bracero program

The Bracero Program started in 1942, when the United States signed the Mexican Farm Labor Agreement with Mexico. However, many issues arose during its existence. 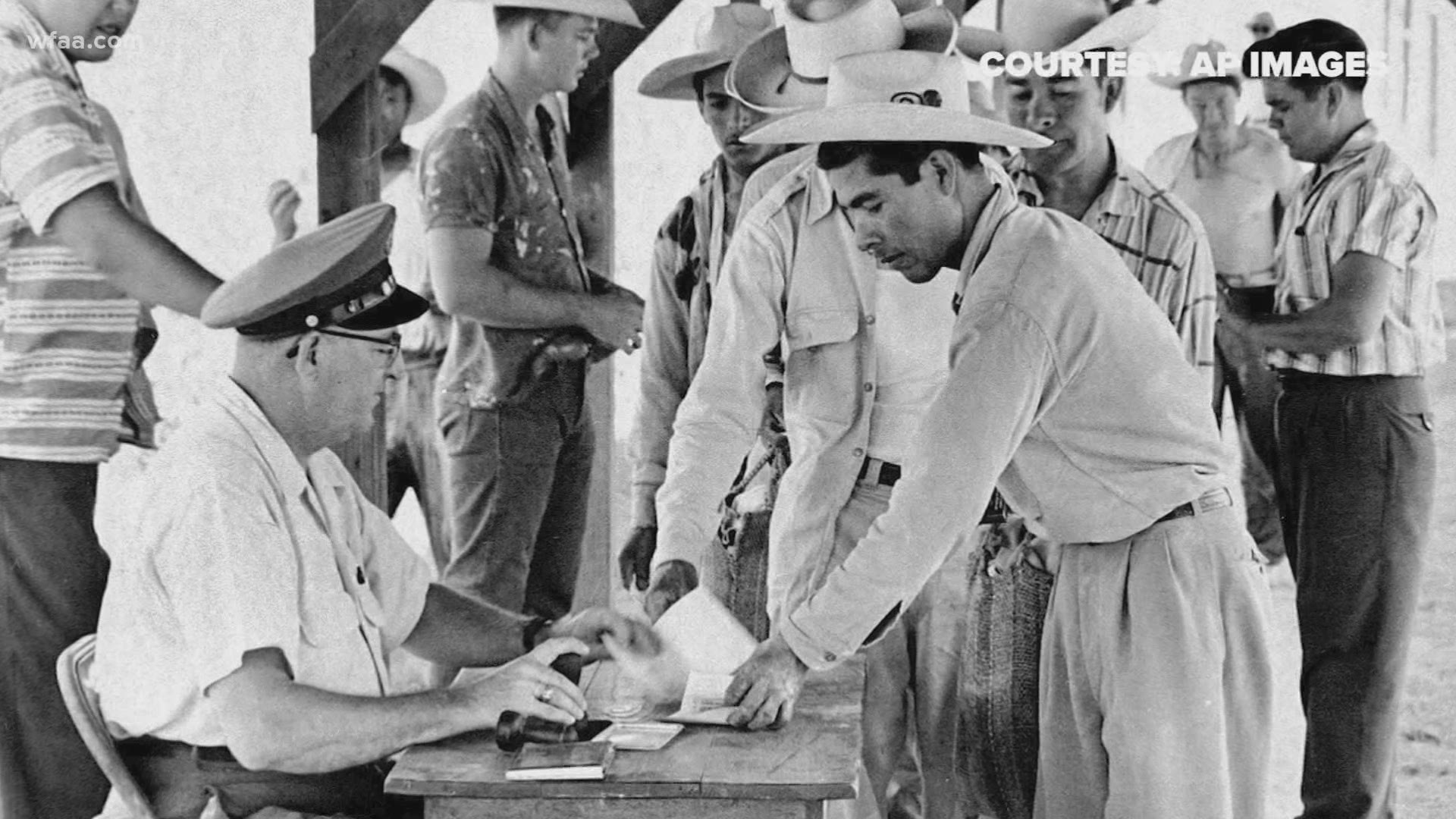 DALLAS — The Bracero Program is something many Texans can point to as to how their families made their way to America.

Jesse Acosta didn't always know this growing up. He said, "History has always been trying to make it personal for myself."

He is also the grandson of Sabino Acosta, a former bracero.

"He was always working, he would never take a day off," Jesse said.

While going to the University of Texas at Austin, Jesse interviewed his grandfather for a family essay.

It wasn't until this point that he realized his father went through this program.

He discovered there was some unique history within his own family.

"It definitely made me read more and learn more about the program," Jesse said.

The Bracero Program started in 1942 when the United States signed the Mexican Farm Labor Agreement with Mexico.

This let Mexican farmers work in America while protecting them from forced military service.

The Spanish term bracero means "manual laborer" or "one who works using his arms."

Margarita Rojas also had a grandfather, Carlos Gonzalez, who came to America through this program in 1955.

She didn't find out until earlier this year.

"My uncle happened to send me a picture of his immigration card," Rojas said. "I got really excited when I found out. I didn't go out of my bedroom for a couple of days. I was reading so much."

Rojas said coming to the U.S. was important for more than just her grandfather.

"My mom was so happy that my grandpa and proud that he could come to the U.S. and come work," Rojas said.

Credit: Margarita Rojas
This is the I.D. card Carlos Gonzalez used to get into the Bracero Program in 1955.

But Rojas also learned of the issues with the program, like lack of payments and fair working conditions. This led to strikes and even future protests from former braceros.

Rojas says this frustrates her but that she knows what her grandfather would say:

Jesse says his father was one of the lucky ones and had a positive experience with the program.

"It was definitely cool to find out that my family was a part of this," he said.