'It's a big problem': She's seen 4 murders at her apartment complex since she moved in

Fort Worth Police are investigating a homicide at 8102 Cassie Lane. 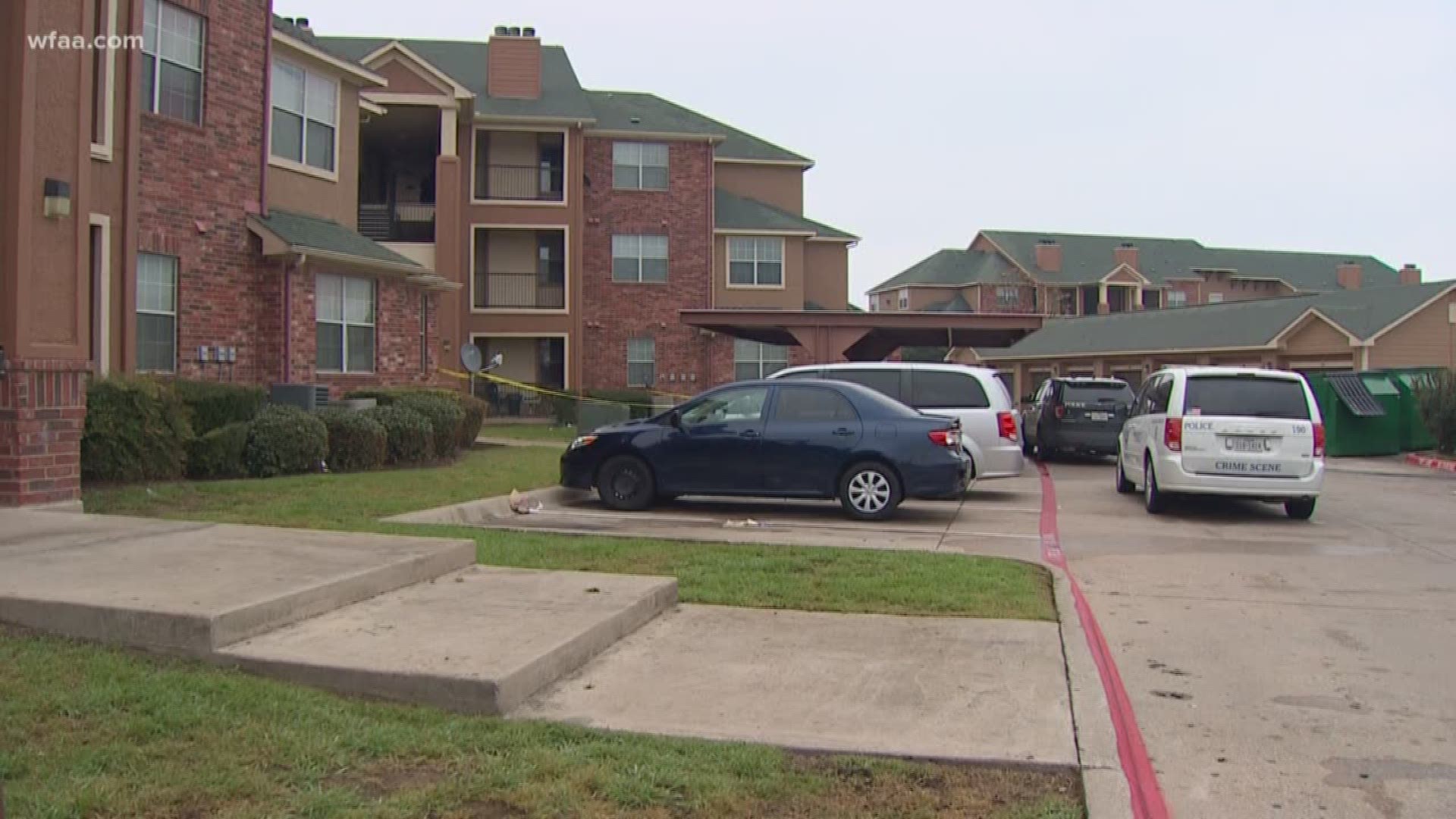 FORT WORTH, Texas — For hours on Thursday morning, yellow tape and police surrounded an apartment building in south Fort Worth.

At Sycamore Center Villas in the 8100 block of Cassie Lane, police were called to a scene where someone was shot in the apartment parking lot. Officers found a black man in his 20s shot multiple times.

Police said the victim was given medical treatment until MedStar arrived. The man was then transported to John Peter Smith Hospital, where he died.

This is a familiar incident to neighbors. Toni Meaderis has seen at least four homicides since moving in. She recalls the incident in May 2018, where a 14-year-old girl stabbed her friend to death in the same complex.

RELATED: Teens got into fight, 14-year-old was stabbed to death, police say

RELATED: 14-year-old girl sentenced to 25 years for stabbing friend to death during fight

"When it stopped, I peaked my head out the window and I could see legs and pants. I could see the body on the ground, and so I called 911 immediately," Meaderis said.

Fort Worth police are investigating this case as a homicide. Investigators canvassed the area, picking up clues they could find.

WFAA was there as police found up a set of keys on a lanyard, which fit a vehicle that was towed away from the scene.

"His jacket was pulled off," Meaderis said. "He had a lanyard and it was son the side. You could see blood coming out of his knee."

Meaderis is tired of the crime in the neighborhood, and ready to move out.