When her students couldn’t afford lessons, this music teacher kept teaching for free

An Irving teacher refused to let the pandemic stop the music for families facing a financial crisis. Now her school needs help, too. 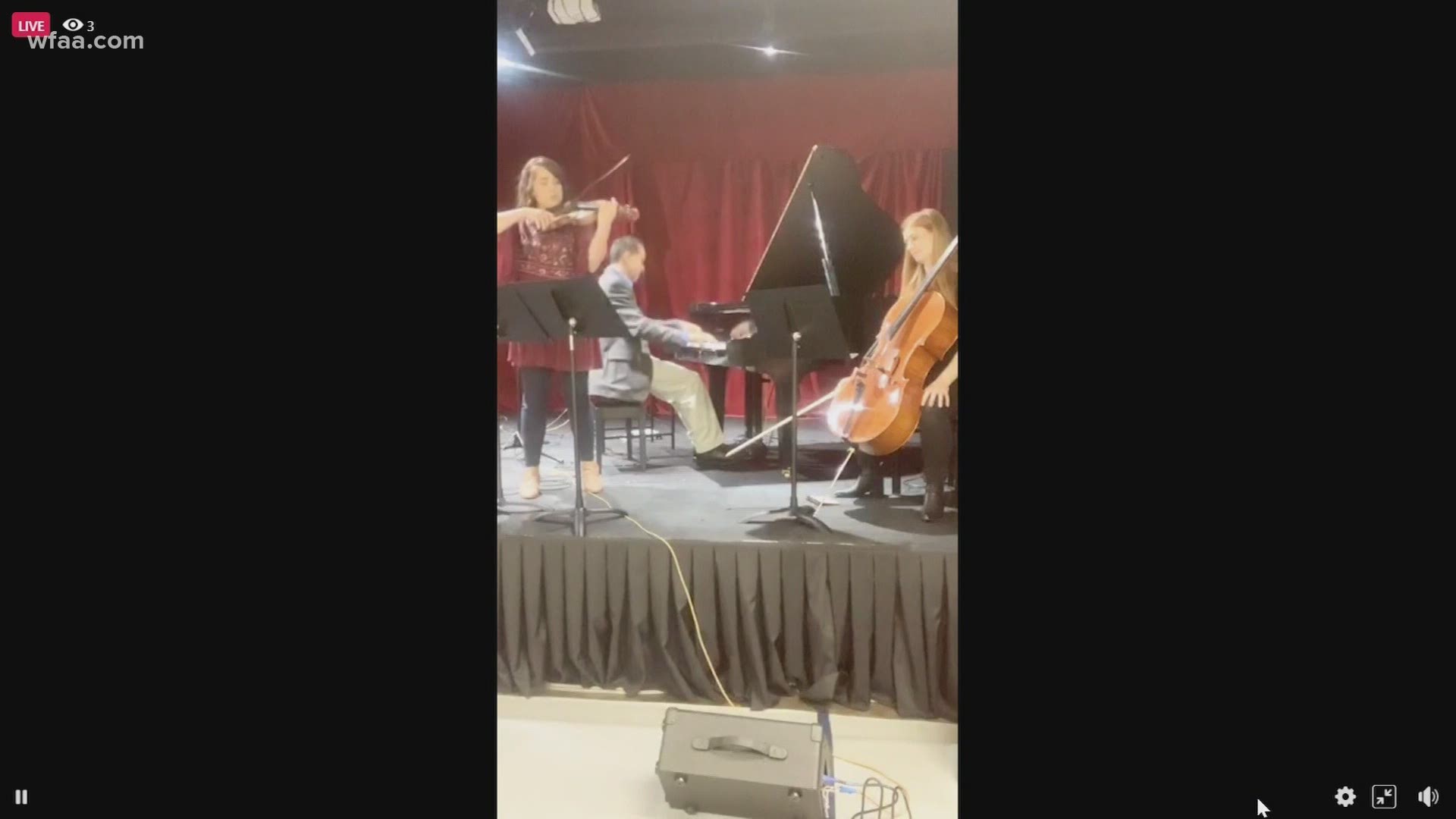 IRVING, Texas — Zoe Madewell paired a bright red evening gown with comfortable platform shoes because she knew it was going to be a long day.

The founder and owner of RBR Muzik and Irving Ballet School spent hours Monday hosting a virtual “Bach to School” fundraiser on Facebook.

From 9 a.m., with plans to go until 9 p.m., Madewell floated between asking for donations in front of the camera, to moving performers on and off of her socially distanced stage, to playing the piano herself between sets.

“I believe today is a miracle,” she said. “I call it a music miracle.”

When COVID-19 hit, Madewell was forced to temporarily close her studios.

She shifted as many lessons as she could online.

But as the financial crisis deepened, Madewell's students began dropping out.

“Email after email kept coming through and it was, ’Leticia, 7 years old, dad lost his job because of COVID.’ And that meant Leticia lost her ballet lesson,” she said.

“Or a single mom got furloughed and lessons had to go.”

Madewell didn’t want to force any family to make that difficult choice because she knows what it feels like.

“My parents were very poor. I’m the oldest of 10 children,” she said. “Because I grew up in poverty without the ability to have music lessons, this is a personal mission for me.”

Madewell's grandparents helped her buy a guitar, and she says learning how to play it changed her life.

That's why she kept teaching music to the kids who could no longer afford it.

And she did it for free.

But now the school, which was nominated for a national music school of the year award, is down to about half the paying students it used to have.

Madewell also just learned her landlord is raising the rent.

The fundraiser was an attempt to help sustain the school, but Madewell cared more about raising money for kids to afford lessons.

“Music is the gift that children need now more than ever. They need an opportunity to put their feelings into their fingers,” she said.

RBR stands for rhythm before reading, Madewell said, which is a testament to how strongly she believes in the power of an arts education.

“Music is truly the miracle that is going to save the world,” she said. “It’s going to give hope to our world.”

A Go Fund Me account is still accepting donations.