Nearly 650 artists and staff members were laid off or furloughed as a result, a coalition of arts advocacy groups said. 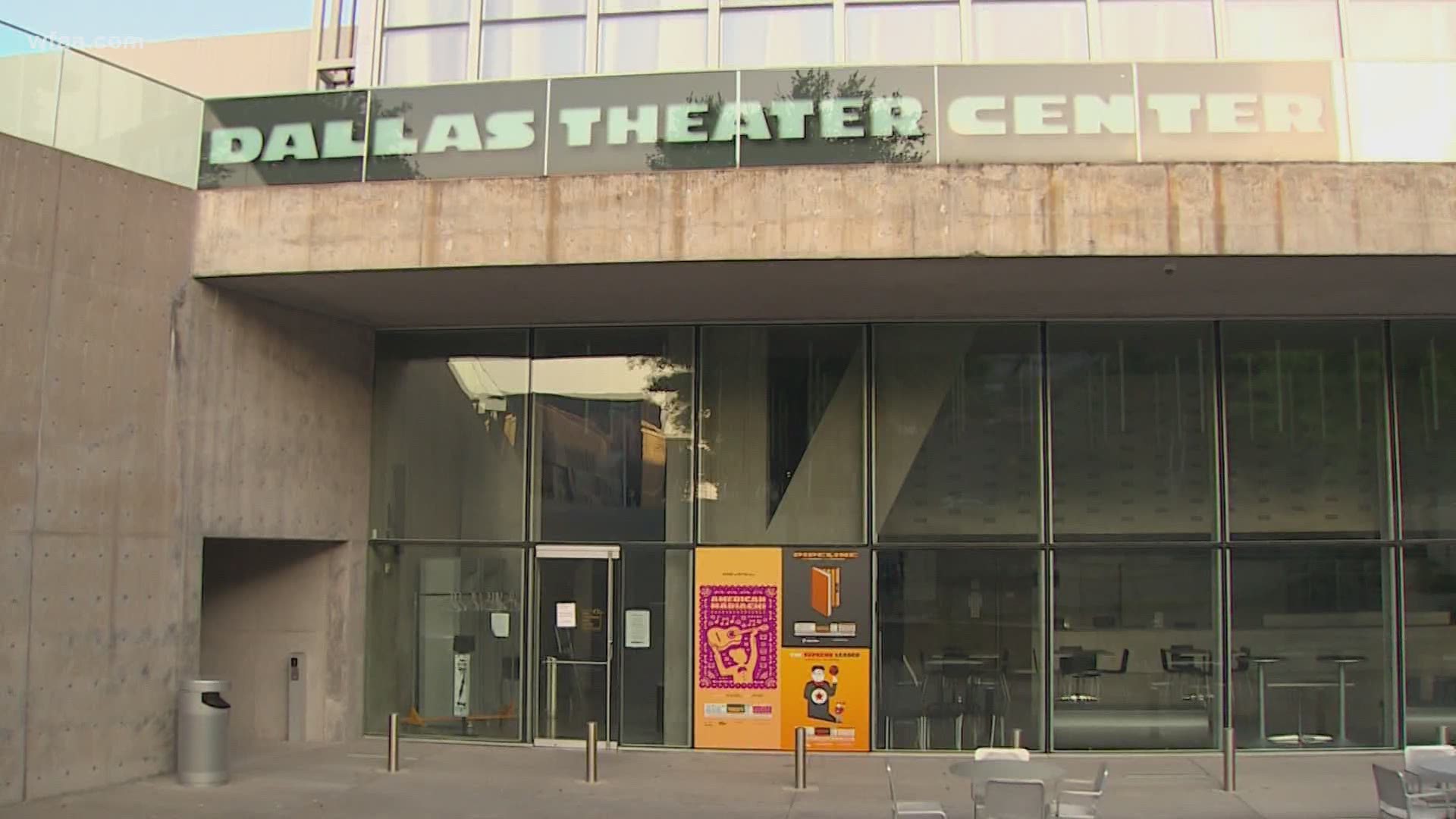 The Dallas arts and culture community lost more than $33.6 million in the first two-and-a-half months of COVID-19 closures, a coalition of arts advocacy groups said Wednesday.

The majority of the losses were from projected lost or deferred admissions and parking, retail, and food and beverage sales. Admissions losses added up to roughly $31.2 million of the total.

The findings came out of a community survey conducted by The Arts Community Alliance, Dallas Arts District and the Dallas Area Cultural Advocacy Coalition. The group received responses from 57 nonprofit organizations, according to a news release.

The survey covered the period from March 13 through May 31.

During that time, nearly 650 artists and staff members were laid off or furloughed as a result of the closures, according to the survey.

More than 800 performances and 2,600 workshops, classes or programs were forced to reschedule or cancel in that time period, and nearly 750 visual art showings or public display days were disrupted.

The closures also meant a projected 1.3 million people did not attend any such events.

Forty of the 57 groups applied for Paycheck Protect Program loans from the federal government, and 12 also applied for economic injury disaster loans, the release said. Eleven groups could not apply for such loans because they were not eligible.

But as the money for the loans is expected to run out this month, some groups are now implementing new salary reductions, layoffs and furloughs, according to the coalition, which is predicted to hit full-time staffers particularly hard as many of them went mostly unaffected by the first round of cuts.

The survey found 41% of the part-time workforce had been laid off or furloughed during the closure period, compared to 7% of full-time employees.

A 2015 study found the nonprofit arts and culture sector in Dallas had an annual economic impact of $891 million, according to the release, which in turn supported around 13,000 jobs.

That economic impact created $45 million in local tax revenue, the release said, the loss of which will be hard on the City of Dallas' budget.

"The Dallas creative community has been impacted in ways we might never have anticipated, and without private and civic investment, we’ll be challenged to reverse the damage caused by the pandemic, affecting our community as a whole, artists, arts organizations, and audiences for the long term," Loftis said in the statement.

Below is a complete list of organizations that responded to the survey: