Robert Warren installed a surveillance camera in his mother's room at a Burleson assisted living center. He was shocked by what he saw when he checked the footage. 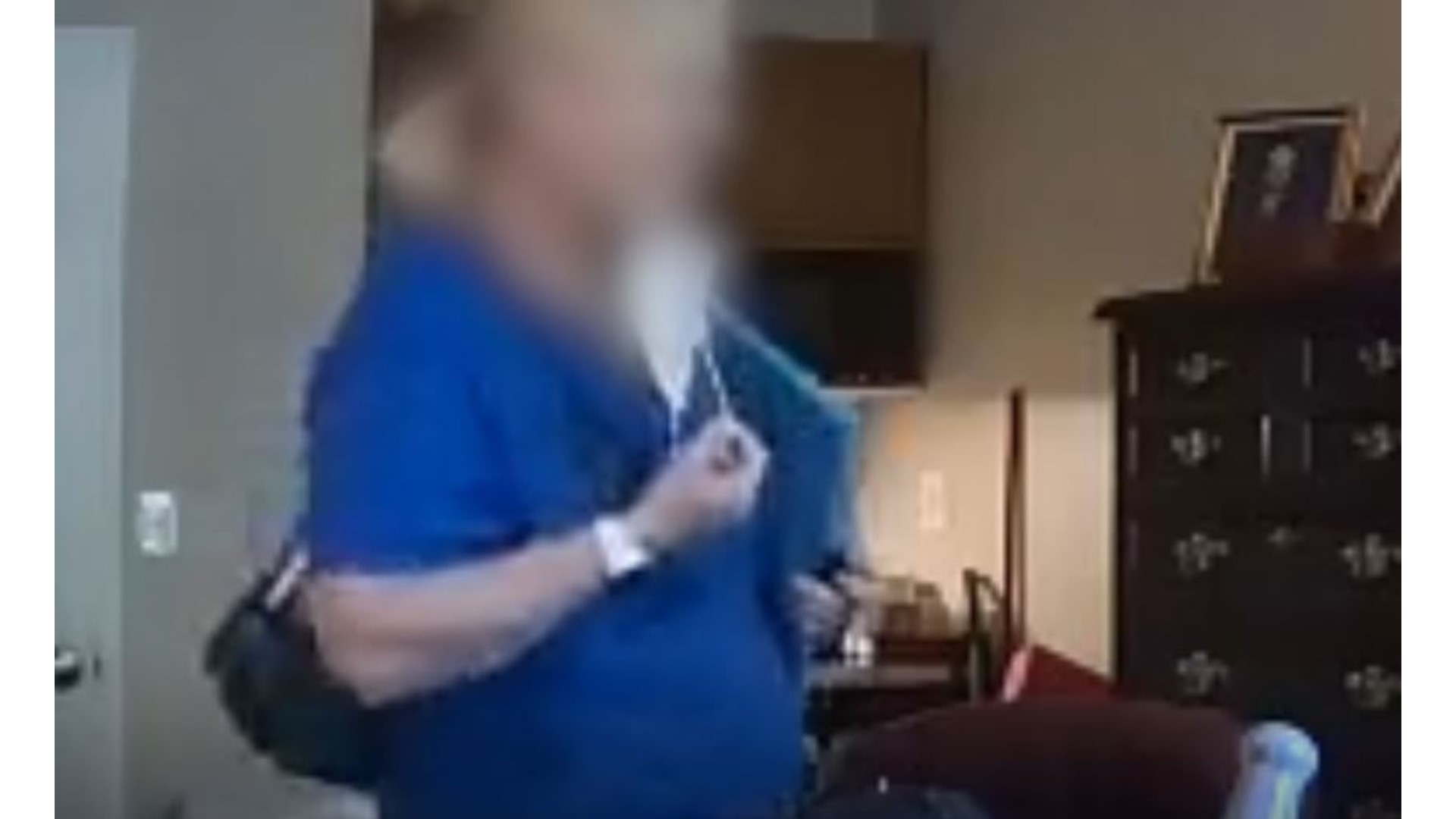 BURLESON, Texas — Prior to the COVID-19 pandemic, Robert Warren decided to install a surveillance camera inside his 92-year-old mother’s room at a North Texas assisted living facility.

Warren said he gained permission for the camera from Covenant Place of Burleson so he could keep tabs on Ruth, his mother.

He was shocked when he pulled up the videos through remote control.

The videos, provided to WFAA, show caregivers at Covenant Place repeatedly entering his mother’s room not wearing masks, wearing them improperly or taking them off to speak to Ruth.

Warren also said the staff generally provides good care to his mother, but he worries what he saw in those videos fails to follow federal guidelines and could put his mother’s life and those of other residents in danger of getting COVID-19.

“It only takes one of them to be exposed and expose my mother to it,” said Warren, who has his own health problems and wore an N-95 mask during his WFAA interview. “Maybe my mother has got it now, I don't know.”

RELATED: Cops 'believed' he was a felon and put him in jail. They were wrong, and we helped fix it

Because in-person family visits to the facility are no longer allowed, his only visual connection to his mother has been seeing her in the video. What he saw in the video doesn’t follow Centers for Disease Control and Prevention guidelines, which require that all “long-term care facility personnel should wear a mask while they are in the facility.”

The videos were made a few weeks after federal guidelines were issued in early April, and despite a sign outside his mother’s room, warning staff that they were being video recorded.

“My reaction to those videos can be summarized in one word: disturbing, even shocking, even to some disagree unconscionable,” said Brian Lee, a former nursing home regulator and executive director of the nonprofit Families for Better Care. “What you see in these videos could be reflective of many, many facilities across the state.”

Ruth’s home, Covenant Place, is run by Capital Senior Living, a company with properties across the nation. To date, there have been no confirmed cases of COVID-19 at the facility, according to county officials and the company that owns the facility.

In a statement, the company told WFAA that its top priority is the “safety and well-being of our residents and employees.”

The company says staff members are to wear “cloth or surgical masks” and that masks “must be worn at all times, with the exception of eating, which should be done while social distancing.”

In the videos WFAA reviewed, Ruth’s caregivers are consistently kind and caring in their approach to her.

In another video, two caregivers walked into the room. The first caregiver was wearing a mask. The second had a mask on but pulled it off to greet Ruth.

A third video showed a caretaker not even wearing a mask. “I’m going to help you up,” she told Ruth as she helped her out of her chair. Her face was just inches away from Ruth’s face.

Yet another caretaker brought food. She was not wearing a mask as she gave Ruth her food tray.

Robert Warren told WFAA that he checked the recordings in her room after becoming alarmed by media accounts of a deadly outbreak at his mother-in-law’s nursing home, AdventHealth Care Center of Burleson.

At that facility, at least eleven residents have died. Dozens of others have been infected.

Statewide, 514 long-term care facility residents have died after testing positive for COVID-19. That represents 48% of the virus-related deaths statewide. At least 36 of those deaths have been in Tarrant County, according to county health officials.

Warren believes — given the health conditions of both his mother and mother-in-law — that they would be unlikely to survive a bout of COVID-19.

“I don’t believe for a minute that they didn’t know this was taking place,” said Warren, a retired safety manager. “There was no enforcement of what they said was their policy.”

Since Warren’s concerns came to light, the company said there has been “additional training for all employees involved and continue to educate our staff on the importance of these precautionary procedures.”

However, only a week after speaking with the administrator, Warren checked the video camera footage again.

This time, his mother was on the phone with a relative. Ruth told the caregiver, who was wearing a mask, that the relative wanted to talk to her.

The caregiver pulled down her mask, took the phone from his mother and talked to the relative. When the conversation ended, the caregiver handed the phone back to Warren’s mother without stopping to disinfect it.

She walked to the door, and then appeared to put her mask back on, and left.

In a statement, the company told WFAA that a “well-intentioned employee adjusted her mask to better communicate” with the family member “as she facilitated a conversation.”

“We are disappointed that this unfortunately occurred while our caregiver was doing everything possible to help a resident stay connected with a family member,” the statement said. “Our team members go above and beyond every day to provide care and engagement for our residents.”

Have a news tip? Email investigates@wfaa.com.