Hundreds clash over removal of Confederate statue in Parker County

Law enforcement shut down a protest after armed counter-protesters and protesters began fighting. 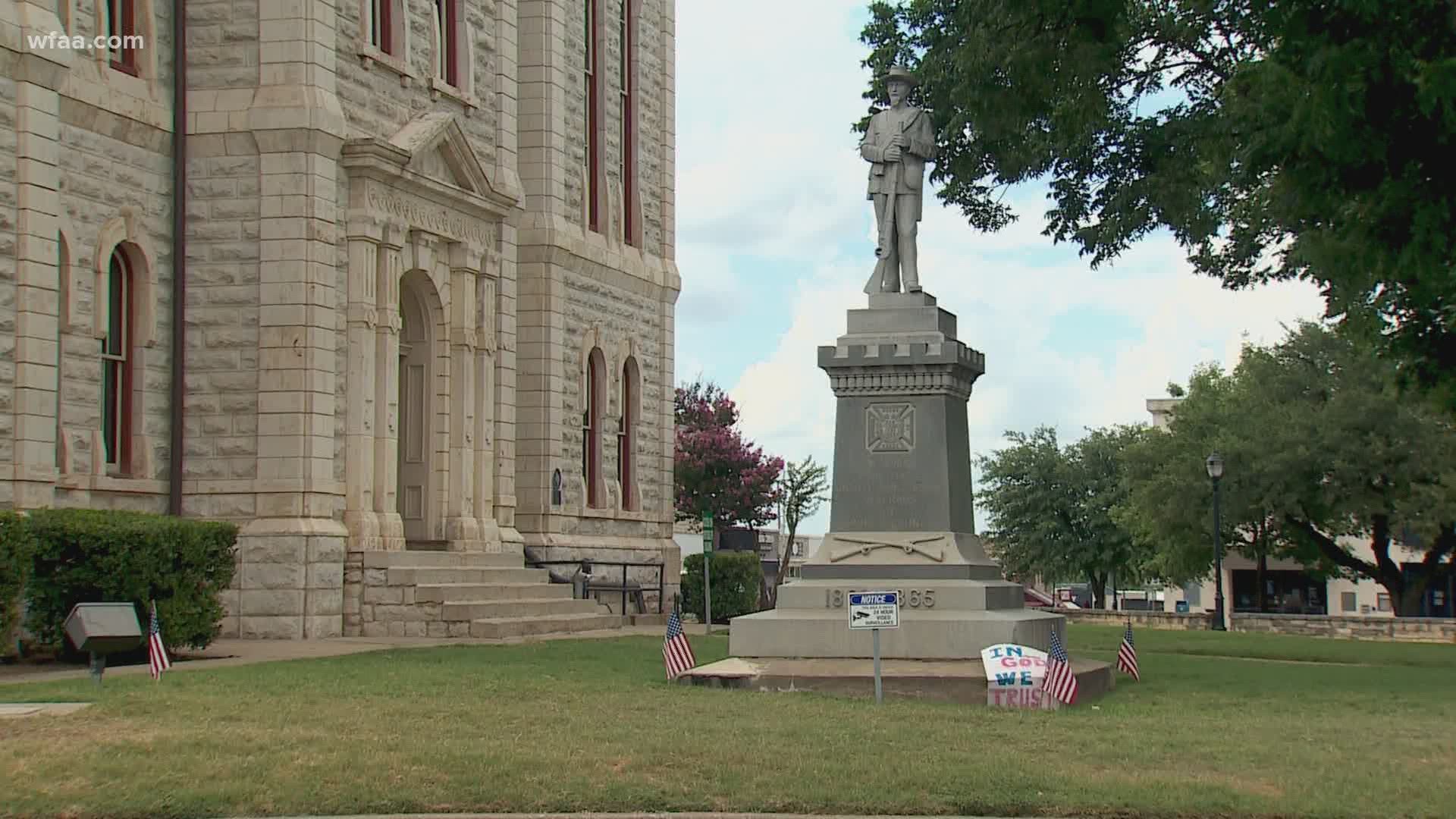 A Parker County protest over a Confederate statue ended after fights broke out with counter-protesters Saturday.

Tony Crawford protested and has been petitioning Parker County to remove a statue honoring Confederate soldiers from the courthouse lawn.

“You can’t tell me that an African-American walks up to that and thinks, 'I’m going to get a fair and impartial treatment' when you have a statue that says we were less than human,” Crawford said.

He led a group of a few dozen protesters on a march to the courthouse, but they were met by hundreds of counter-protesters who showed up believing the statue would be harmed.

RELATED: Andrew Jackson statue to be removed in Mississippi city named for him

“It got to a point where I wasn’t sure we were going to be able to get everybody out of there safely,” Crawford said. “We don’t want to touch that statue because anything that happens to that statue is going to get blamed on me.”

“I showed the videos to my wife and she actually cried,” Deen said. “It’s very disappointing, and it’s not something that I have seen in the 30 years that I have been here.”

“If one bullet had went off, how many people would have died there?" Crawford said. “They literally had people up on the back of trucks measuring us for distance.”

Deen says there aren’t plans to put the statue on the county’s agenda to discuss it or take action because it’s owned by the Daughters of the Confederacy, who have requested it to be moved but haven’t found the money to do so yet.

“It’s up to the Daughters of the Confederacy to get the funding if they want it moved because it’s not going to be on the taxpayer,” Deen said. “We’re not going to spend one cent of taxpayer money to move something that does not belong to us.”

The statue has stood for roughly 100 years in a county that’s less than 2% Black. Protesters are still waiting and shouting for change.