Hope through song: How one man is helping senior facilities move forward by singing songs that take us back

Before COVID-19, Norris Perry performed 17 shows per week at senior living facilities in the metro. The ones he can visit now, value the entertainment greatly. 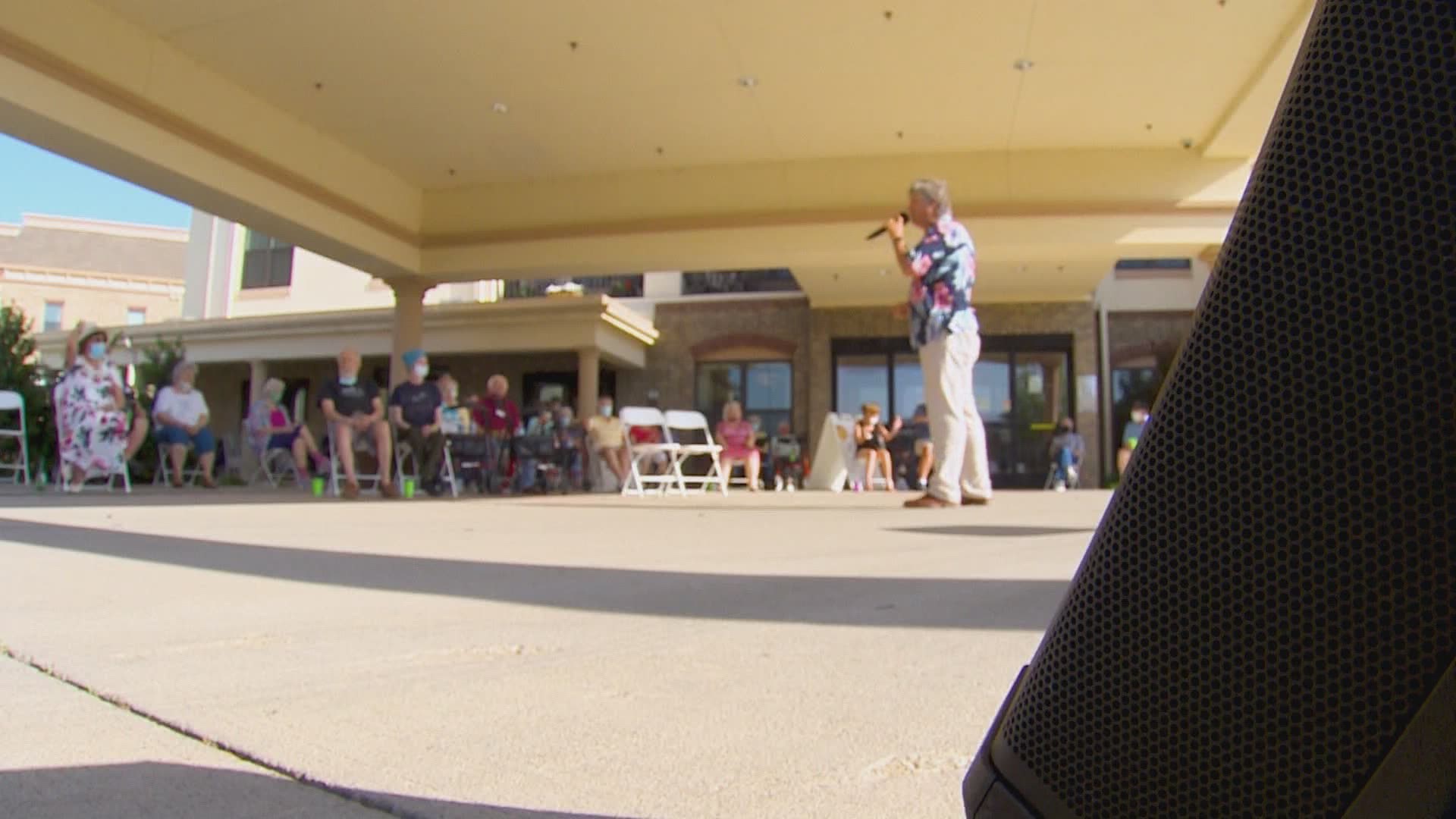 LEWISVILLE, Texas — Ever listened to a song that you haven't heard in a long time?

I was shopping for groceries the other day when "Can't You See" by the Marshall Tucker Band came over the store speakers and I was immediately transported to summer 2010.

That year is one of my earliest memories of hearing it. An ultimate hangout tune during my sophomore year of college that was overplayed at the lake or the pool.

Even though it was released in 1973, it's timeless.

People have a deep neural connection with music. Hearing a favorite song can feel like transporting back in time. Seasons, people, and locations are all fair game.

And for the most part, those trips through time generate happiness.

It's one of the reasons why Norris Perry bellows out tunes on a weekly basis that were huge in the 1920s-1970s.

Before COVID-19, he would sing 17 shows a week at senior living facilities across the metro.

"It's such a thrill," Perry said. "Getting to see their smiling faces, watching them tap along with their feet, clap their hands, and sing along makes all the difference in the world."

Needless to say, Perry is well known at retirement homes. He's got a solid voice, too, and has sung the national anthem for multiple sports teams around Dallas-Fort Worth.

If you watch one of his performances, you see just how valuable a song that takes you back can be to a senior community.

"You see it in their faces, their body motions, their smiles," Perry said. "I do the music they remember. Country, big band, swing, rock 'n' roll, rhythm and blues, pop, folk and jazz."

But Perry's shows have been limited since the spread of COVID-19.

Senior facilities have almost closed off from the world, barring visitors and only allowing employees or residents to enter.

Still, Perry performs where he can. He's doing about seven shows per week now.

Most of the time, residents come outside and listen to him and adhere to social distracting.

"We're kind of having to adapt to what's going on," Perry said.

WFAA tagged along to a surprise show Perry gave at the Discovery Village at Castle Hills near Lewisville.

Things were pretty quiet as residents walked out and took their seats.

But once they heard "King of the Road" by Roger Miller or "It's Now or Never" by Elvis, you could see a mood shift.

Once Perry sang a social distancing version of "Sweet Caroline" by Neil Diamond, you could hear, "Bum! Bum! Bum!" throughout the parking lot.

"Bringing music to them that they're not used to and just doing it from a distance is still great for them," Perry said.

Perry said that he misses the handshakes and hugs from seniors, but feels that his performances are more important than before as our elders hunker down.

"When you hear someone tell you that a song gave them a new reason to carry on, it's comforting," Perry said. "Again, it makes all the difference in the world to brighten someone's day."