Joanna Hehir hasn't been able to see her family for weeks while she recovered from surgery at a local hospital, so her husband got creative. 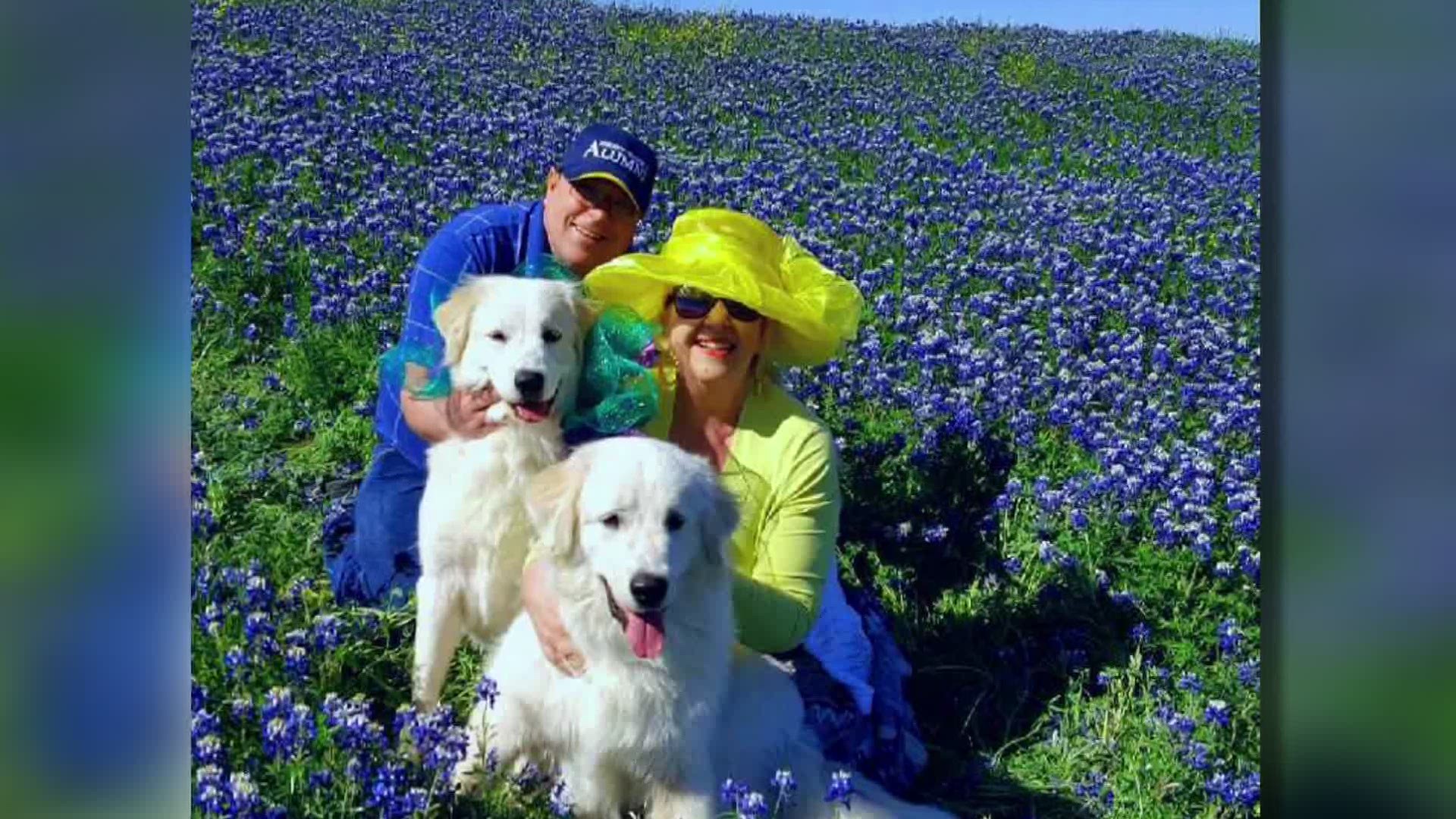 DALLAS COUNTY, Texas — One of the toughest parts of the shelter-in-place orders have been restrictions at hospitals and nursing homes across the world. Family members aren't able to see their loved ones who are getting treatment for a variety of reasons.

But one North Texas man got creative, with some help from his four-legged friends, to show his wife love and support.

John Hehir's wife Joanna has been at Baylor Scott & White recovering from a stomach ulcer rupture for several weeks. He, his son and their two beloved Great Pyrenees dogs, George and Fiona, have been unable to see Joanna because of visitor restrictions amidst the pandemic.

"It's been really tough on everyone. She brings light into every room, we miss her," John said.

He said it's been especially hard for Joanna, who is a devoted "dog mom" to George and Fiona as well.

"They're like two huge toddlers running around the house. They don't understand why she isn't here," he said.

So John and his son came up with an idea to brighten everyone's day. They planned a "social distancing" visit from the whole family, two-legged and four-legged.

At first the plan was to bring George and Fiona to the hospital's parking lot and have Joanna look out her room window and wave from above. But one of Joanna's nurses suggested they come to the outside of the lobby.

The nurse even offered to skip her lunch break and bring Joanna down to see her family through the window pane, only a few feet away.

"I can't thank the nurses enough. I haven't seen Joanna smile that big in so long," John said.

The family couldn't hug, but Joanna was able to put her hand on the glass, and her giant pups jumped up to lick and paw at the glass. John said just being able to see his wife assuaged his worries instantly.

"I know they're taking amazing care of her but just to see her doing well and to see her smiling was a relief like I can't explain," John said.

As Joanna continues to heal, she now has an added morale boost from her family.

They all say this has been one of the toughest things they've ever been through, but they also say they'll appreciate time together more than ever, when that day comes in the not too distant future.