Grapevine man to be released while he awaits trial for charges related to US Capitol riot, judge rules

Larry Brock will be confined to his home, has to wear an ankle monitor and must surrender his weapons, the judge said. 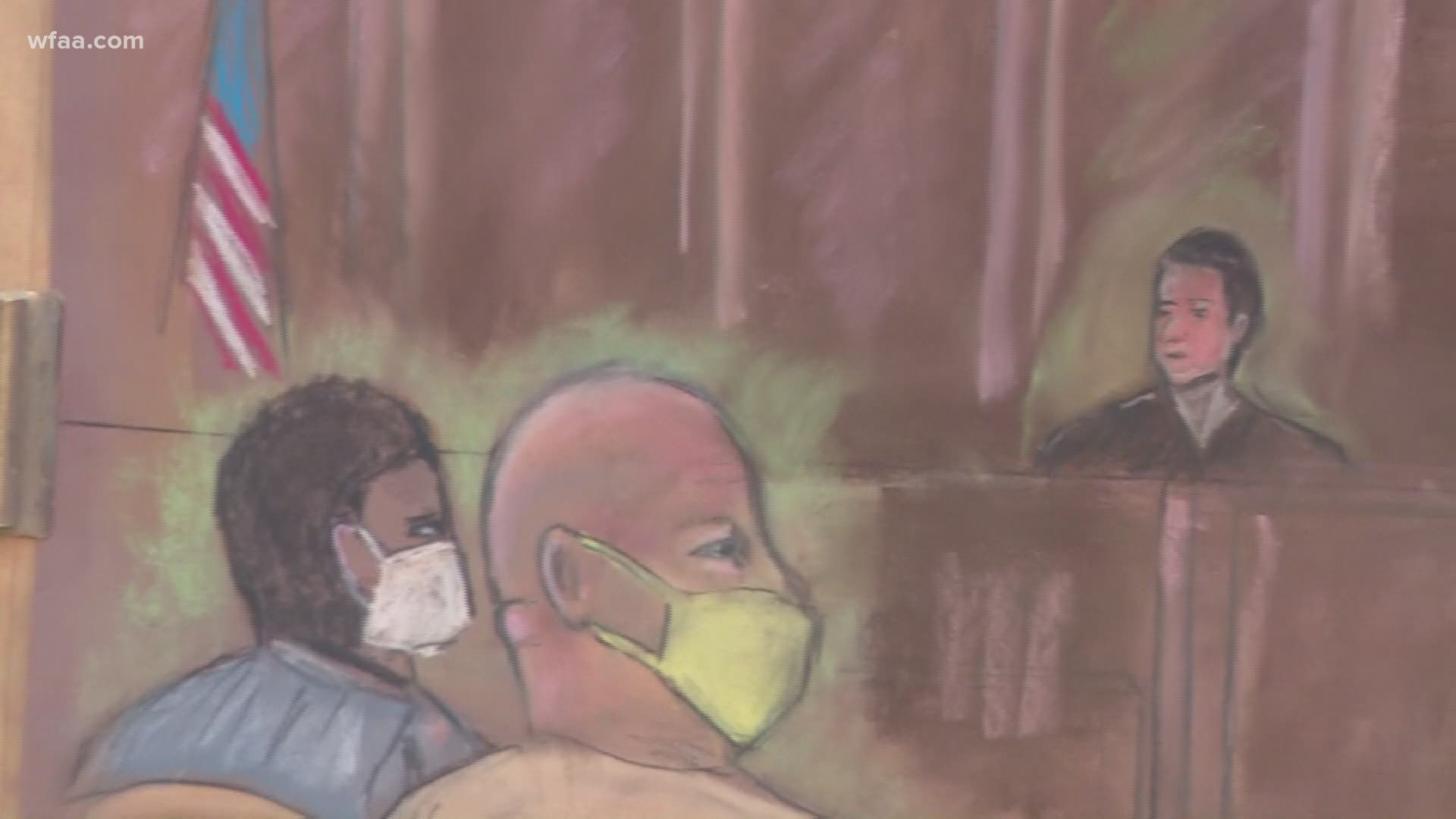 Updated at 12 p.m. Friday with additional details from the court hearing.

A federal judge has decided that Larry Brock will be released while he awaits trial.

Brock, the Grapevine man the FBI says was involved in the siege at the U.S. Capitol, appeared in court Thursday afternoon in U.S. District Court for the Northern District of Texas.

Judge Jeffrey Cureton said Brock would be confined to his home and have to wear an ankle monitor. He also must surrender his weapons and is only allowed to travel to Washington D.C. for his trial.

The judge said he was releasing Brock with strict conditions for a number of reasons. Those included the evidence, the fact Brock surrendered to authorities, no proof he committed violence at the capitol and his long, distinguished military career.

In court on Thursday, prosecutors made the case that Brock poses a threat to the public, while the defense said he was essentially charged with a misdemeanor and the government had no proof he had committed violent acts.

FBI Special Agent John Moore, who investigates terrorism, testified in court. He presented a number of photos of Brock at the Capitol in military gear, including a helmet, and holding flex cuffs.

During the search of Brock's apartment, federal prosecutor Jay Weimer said they found his jacket. They also found Brock's patches and the mask he wore at the U.S. Capitol in the trash.

Authorities found many of Brock's comments and social posts online that referenced "a civil war," Weimer said, including one that read, "bought body armor and helmet for civil war that is coming."

Brock's posts were all made prior to Jan. 6 and he no longer has a Facebook account, prosecutors said.

Previously, Brock worked at CAE Flight Instructor, but was fired in 2017, due to "threatening and discriminatory speech," according to a letter submitted in court.

The letter said Brock told his co-workers that he hadn't "killed anyone for a while and regarding potentially shooting members of a particular religion/race."

The defense argued that there was no proof that Brock forced his way into the Capitol, that he brought the flex cuffs, or that he committed violence.

Brock's family was in court but did not take the witness stand. Antonio said they wanted the judge to know Brock had finished active duty and reactivated after 9/11 and four tours in Afghanistan.

A friend who asked not to be named said Brock is a good man, very patriotic and loves his country.

"I think he got caught in the emotion of the day," the friend said.

In closing arguments, prosecutors argued that Brock should not be released because he poses a danger to the public.

Weimer argued Brock was on the Senate floor because he planned to take hostages.

Antonio countered that Brock was charged with misdemeanors and facing only 18 months.

Brock has been charged on one count of knowingly entering a restricted building without lawful authority and one count of violent entry and disorderly conduct on U.S. Capitol grounds.

Weimer countered that Brock "should not get credit for failing to accomplish what he set out to do." Prosecutors also said more serious charges are coming.

Ultimately, though, the judge sided with the defense and agreed to release Brock, under strict conditions.

Additionally, the attorneys argued that "there are no conditions of release which would reasonably assure" Brock's "appearance as required" and the
"safety of the community," according to the motion.

The FBI believes Brock entered the Capitol building wearing a green helmet, green tactical vest with patches, a black and camo jacket and beige pants. They believe he was holding a white flex cuff, which is used by law enforcement to restrain and/or detain subjects.

A picture of him from a YouTube video shows Brock leaving Speaker of the House Nancy Pelosi’s office after he forced his way in, according to the arrest affidavit.

Brock turned himself in to the FBI at Grapevine Police Headquarters on Sunday and was initially held in jail in Grapevine. His first court appearance was Monday.

Brock was identified after his ex-wife saw a picture of him at the capitol and called the FBI, the arrest affidavit says.

"I just know that when I saw this was happening I was afraid he would be there," the woman told the FBI, according to the affidavit.

The FBI said the patch he was seen wearing is from his service as an Air Force pilot.