Larry Brock didn’t make any statements Monday but did submit financial documents requesting a public defender, which the judge granted him. 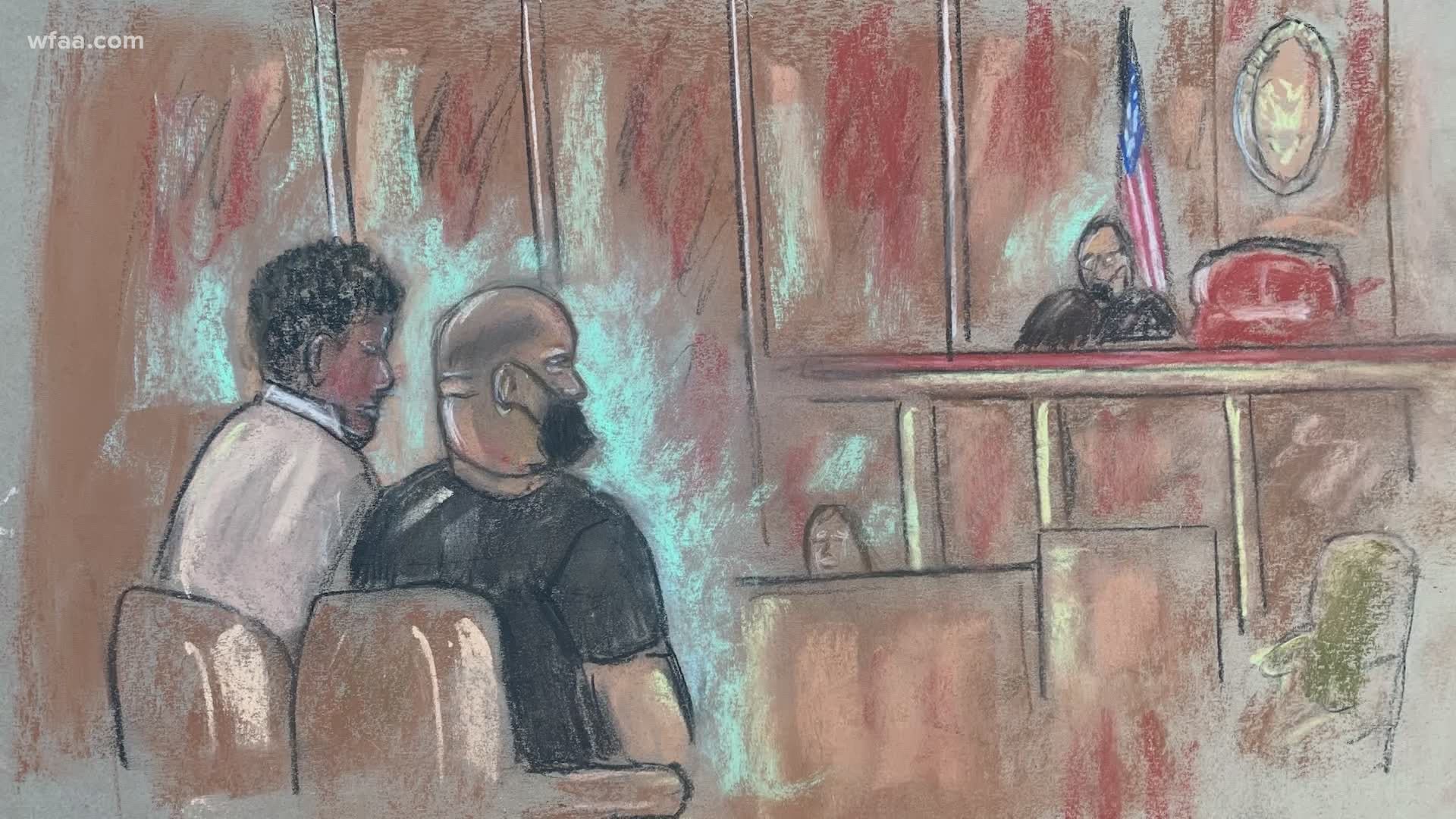 Larry Brock made his first court appearance Monday since being arrested for his actions on Jan. 6 at the U.S. Capitol.

Brock turned himself into the FBI at Grapevine Police Headquarters on Sunday and was initially held in jail in Grapevine.

He didn’t make any statements in federal court on Monday. However, Brock did submit financial documents to request a public defender, who will be paid for by tax payers, which the judge granted.

Brock was shackled and in handcuffs wearing a black t-shirt and jeans, and escorted by U.S. Marshals.

It was a stark contrast from the video and pictures that have emerged on social media of Brock in body armor, a military style helmet, tactical vest and holding flex-cuffs.

The former Air Force lieutenant colonel didn’t speak during the hearing, instead sitting next to his public defender as his leg shook.

Brock was charged in federal court on one count of knowingly entering a restricted building without lawful authority and one count of violent entry and disorderly conduct on U.S. Capitol grounds.

A picture of him from a YouTube video shows Brock leaving Speaker of the House Nancy Pelosi’s office after he forced his way in, according to the arrest affidavit.

The acting U.S. attorney for the North District of Texas said in a Tweet, "Wednesday’s capitol riots were a disgrace. Forcibly storming a government building is a shocking betrayal of the rule of law and we are proud to hold Brock accountable.”

Brock was identified after his ex-wife saw a picture of him at the capitol and called the FBI, the arrest affidavit says.

"I just know that when I saw this was happening I was afraid he would be there," the woman told the FBI, according to the affidavit.

The FBI said the patch he was seen wearing is from his service as an Air Force pilot.

No one from his family or friends were in the courtroom.

There will be another hearing on Thursday at 1:30 p.m. during which the judge will decide whether Brock will be released while he awaits trial.

If the judge doesn’t release him, U.S. Marshals will take Brock to Washington D.C. to be held until trial.