Colleyville Heritage High School Principal Dr. James Whitfield has been on leave after a failed board candidate accused him of advocating for critical race theory. 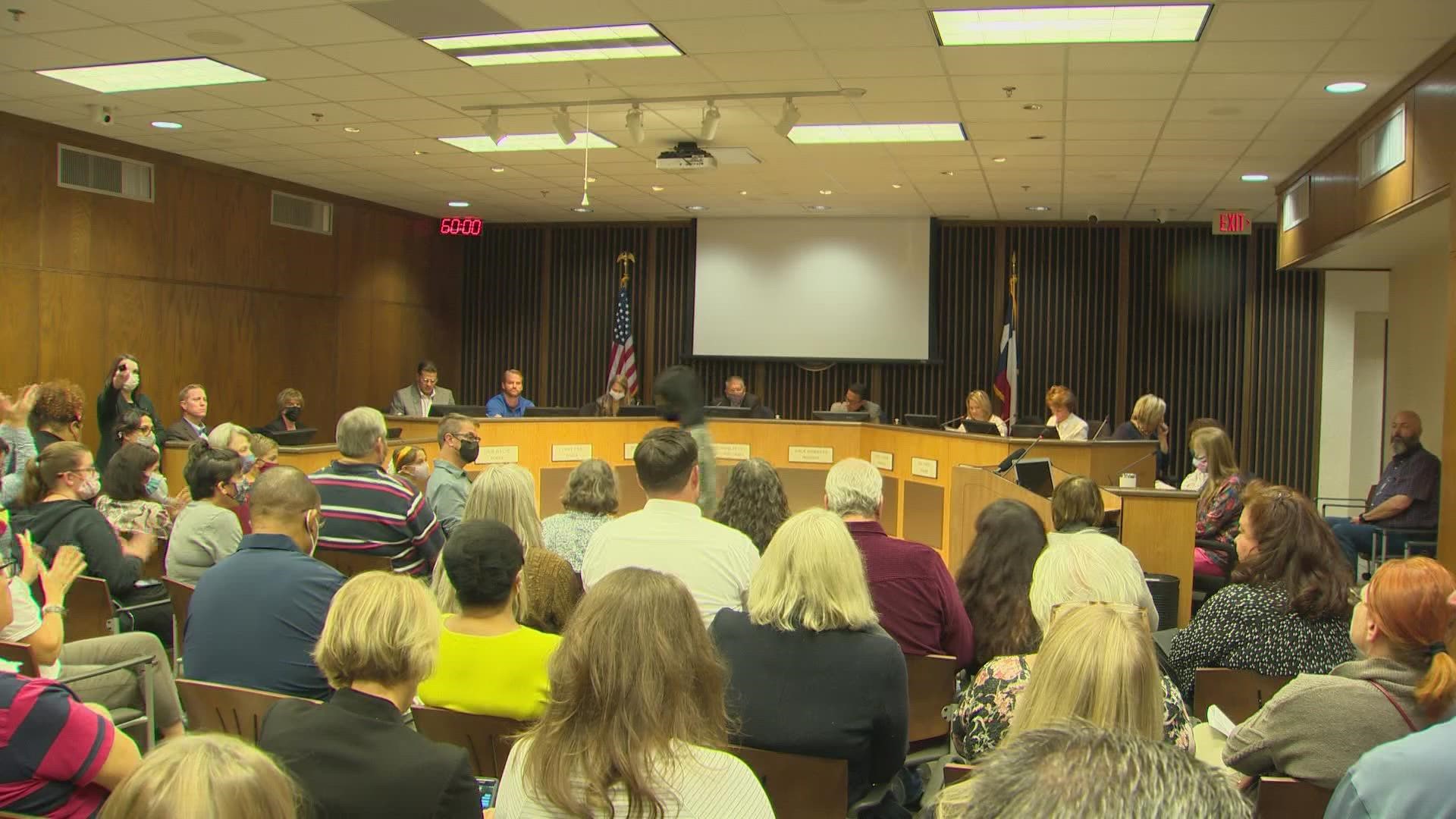 He's been on leave from the district since Aug. 30, a little over a month after a former school board candidate named Stetson Clark accused him of advocating for critical race theory: the idea that racism runs deep and continues to shape American society today.

"Because of his extreme views, I ask that a full review of Mr. Whitfield's tenure in our district be examined and that his contract be terminated effective immediately," said Clark.

After the board voted 7-0 in September not to renew his contract with the district, trustees Monday voted unanimously to keep Whitfield on paid leave until Aug. 15, 2023.

His current contract isn't even supposed to extend beyond June 30, 2022.

Whitfield, who makes $125,000 a year according to his attorney, will get paid for the remainder of his contract and another year on top of that following Monday's vote.

A joint statement between Whitfield and the district was read aloud after the vote:

Before that 7-0 vote in September, Whitfield told WFAA he had not explicitly been informed why his job was on the chopping block.

At the time, he said he was only given a list of 34 things the district considers when not renewing a principal's contract. However, Whitfield said district officials didn't elaborate further.

On Sept. 20 during a contentious school board meeting filled with Whitfield's supporters, a district official revealed for the first time why Whitfield was up for non-renewal of his contract.

A laundry list of reasons was read aloud, including performance issues, insubordination with superiors and Whitfield failing to establish and implement high expectations for all staff and students.

In addition, the official also said Whitfield was deficient in observation reports, evaluations and lacked communication skills and situational awareness.

The official also listed an instance where Whitfield failed to report misconduct among staff.

Whitfield told WFAA after the meeting that the reasons listed for his termination were ridiculous and said many were never explicitly brought to his attention prior.

After Whitfield climbed to the forefront of district controversy, he revealed to WFAA that he thinks trouble began in the primarily white Texas suburb after writing a letter to the school community following the murder of George Floyd.

He wrote that systemic racism is “alive and well” and that the community all needed to work together to achieve “conciliation for our nation.”

In 2020, Whitfield became the first Black principal at Colleyville Heritage High School. He's been a shining star with the district and has been promoted several times within the Grapevine-Colleyville ISD system.

Yet in 2019, Whitfield said he felt his progress was being attacked when someone complained to administrators that he was setting a "bad example" by posting pictures of himself kissing his wife on Facebook.

The photos were from an anniversary trip in Mexico over a decade ago and showed the pair kissing one another and embracing on a beach, fully clothed in the sand. He said he agreed to take some of the photos down. Whitfield's wife is white and has defended him publicly.

Whitfield has said he's about educational equity for all children and does not believe in letting politics invade curriculum.

After Whitfield was sidelined, speculation grew throughout the community that the district had a knee-jerk reaction to Stetson Clark's CRT comments and parental input that followed.

The district has said: "The decision to place Dr. Whitfield on administrative leave was not a result of statements made by members of the public, including those who spoke at recent meetings of the GCISD Board of Trustees. Nor was the decision made in response to allegations Dr. Whitfield was teaching Critical Race Theory, or because of the photos on his social media account that were brought to the attention of the District in 2019."

But the belief that Whitfield has been targeted because he was vocal for diversity and inclusion has fueled a student walk-out and statements made during the public comment section of board meetings.

Stetson Clark also made a statement and was interrupted so much during his remarks by the crowd that he could barely finish.