A Dallas County grand jury on Tuesday declined to indict Michael Mata, president of the Dallas Police Association, over allegations he tampered with evidence. 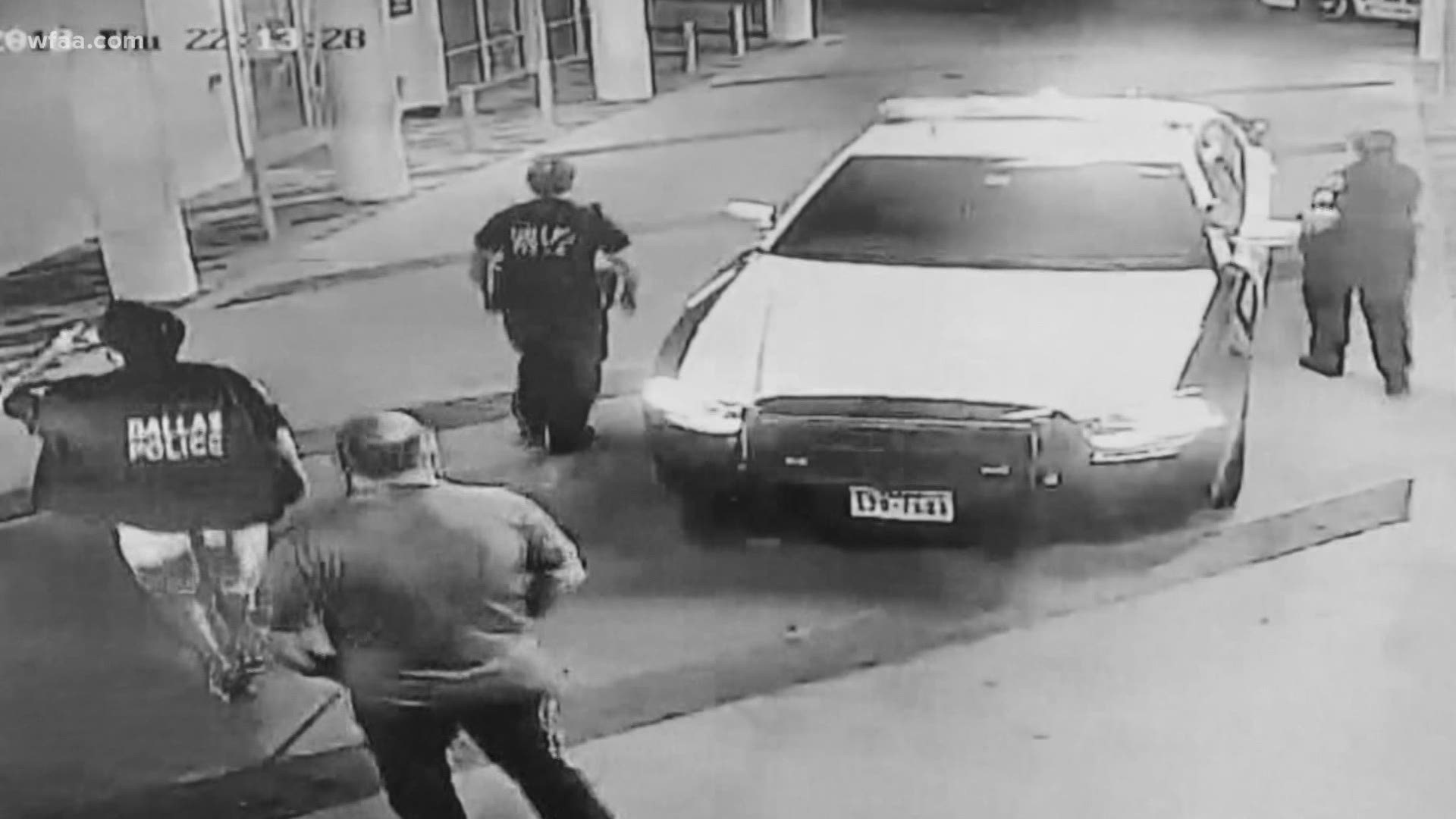 Updated at 9:37 a.m. Wednesday with a statement from Dallas police Chief Reneé Hall.

A Dallas County grand jury on Tuesday declined to indict the president of the Dallas Police Association over allegations he tampered with evidence in the Amber Guyger case, WFAA has learned.

Guyger was off duty but still in uniform when she killed Botham Jean inside his apartment. She claimed she mistook him as an intruder in her own home.

On the night of Jean’s killing, dashboard camera video showed the association president, Sgt. Michael Mata, walk up to the squad car Guyger was sitting in. He told her not to talk to anyone and had another sergeant at the scene turn off the in-car camera.

“As in any case referred to a grand jury, the grand jurors would have had the chance to thoroughly review all of the law and evidence applicable to this incident,” Rogers said in a statement. “Their decision not to indict just confirms what we have known since September of 2018 - Mike Mata did nothing wrong."

Rogers said "protecting the constitutional rights of police officers" is part of Mata's job and that the association president's actions were "consistent with" Dallas Police Department policy.

Days after Guyger’s trial concluded, Mata said in an interview with WFAA that commanders told him at the scene that the incident was being treated as an officer-involved shooting.

He said he followed the long-standing practice which was to turn off microphones and cameras while officers speak with their attorneys.

"I was not acting as an officer. I was acting as president of a labor organization,” Mata said during the interview. "That is attorney-client privilege just like every other citizen and you cannot record that. It is law.”

Police Chief Reneé Hall would later decide that the incident should not be treated as an officer-involved shooting. Guyger was fired from the department weeks after Jean’s death.

The ex-cop was convicted of murder and sentenced to 10 years in prison.

Following the trial, activists called for Mata to resign or be fired. The police chief ordered an investigation into the situation.

Hall said in a statement Wednesday that after a "thorough and exhaustive" investigation, the case was sent to the district attorney's office.

"The community deserved answers to questions raised during the trial," Hall said in the written statement. "The final decision lies with the grand jury."

When the investigation was opened, Mata said he welcomed it.

"I will not resign as president of the DPA,” he said during the October interview. “I will continue to protect the rights of my members and every officer within the Dallas Police Department.”

Prosecutor Jason Hermus questioned Mata’s actions during the trial, alleging Guyger was treated differently because she was a police officer at the time of the shooting.

Hermus put another sergeant on the stand and questioned her about the events of that night. Guyger’s defense team objected to the line of questioning and jurors were sent out of the room.

RELATED: 'I gladly gave her a hug. I'm just sorry she had to ask me twice,' judge says of moment with Amber Guyger

The footage showed the sergeant telling Guyger to sit in the squad car. She informed her the dash camera was recording. The sergeant later turned off the camera at Mata’s request.

Rogers said during the trial it was not in Guyger’s control whether the dashcam video was turned off. He also said Mata had called an attorney for Guyger, a practice that is common in the police association.

Ultimately, Kemp said the line of questioning about Mata and the dashcam video was irrelevant to the murder case.

WFAA spoke with Jean family attorney Darryl Washington Tuesday night. Washington spoke with Allison Jean, Botham's mother, and he says she was both "shocked and frustrated" by the grand jury decision.

Washington argues the action taken by Mata to stop the in-car recording was preferential treatment.

Washington told WFAA that they continue the call for Mata to resign. WFAA asked if the video from the in-car camera had been recorded and entered into evidence whether it would change the outcome of the conviction. Washington says Guyger could have faced a harsher sentence.

"The public and jury got to see a sympathetic Amber Guyger. Not someone we believe was prepped and coached to make certain statements," said Washington.

Guyger, 31, is currently serving her sentence at the Mountain View Unit in Gatesville.

"After a year-long investigation, the Grand Jury rendered a decision on this matter. Following Amber Guyger’s murder trial, DPD’s Public Integrity Unit conducted a thorough and exhaustive investigation into the events that occurred the night Botham Jean died. The community deserved answers to questions raised during the trial. We delivered all the information from our investigation to the District Attorney’s office. The final decision lies with the Grand Jury.

I am prayerful that the Botham Jean family, our police officers and our City can now unite, find closure and work together to become the nation’s model for policing that reflects community partnerships, trust and legitimacy."