The iconic restaurant is moving to west Fort Worth. 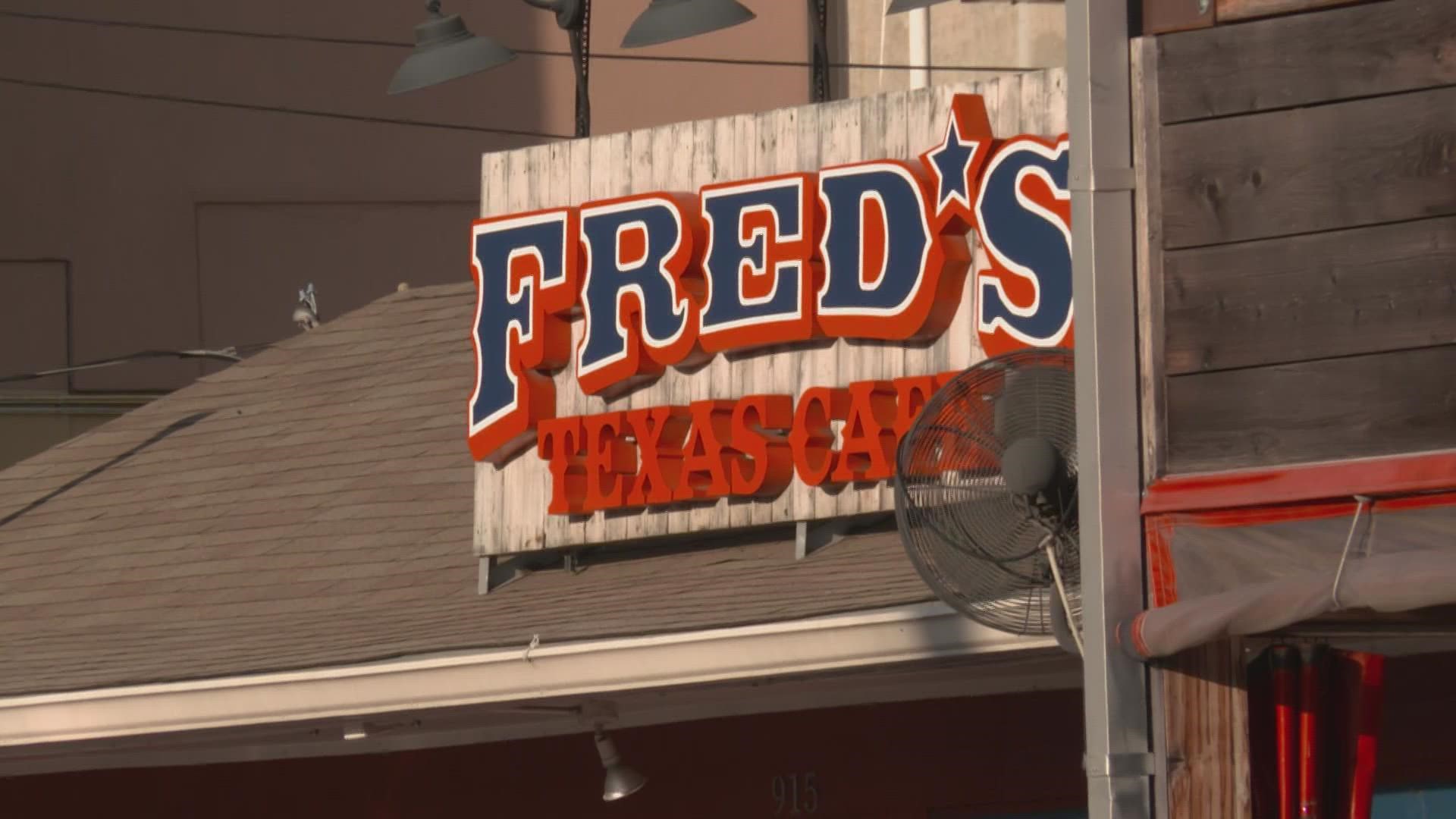 FORT WORTH, Texas — At the end of the year, Fort Worth staple Fred’s Texas Café will close its signature Currie Street location off West 7th Street.

The iconic grill will move about 10 minutes west on Camp Bowie Boulevard near Alta Mere Drive.

“I’ll never recreate this, but I can take the feeling that you get when you walk in here with us,” co-owner Quincy Wallace said.

Wallace became a co-owner of the Fort Worth staple in 2011. He started cooking in the late 90s, but Fred’s has been part of his life since JD and Gari Chandler bought it in 1978. Their son, Terry Chandler, is now a co-owner with Wallace.

“It feels like everyone has a story with their dad and a cheeseburger here,” Wallace said. “I love it.”

In the decades it’s been here, Fred’s has always been about the same things: good conversation and burgers. But the neighborhood has exploded and surrounding streets are now lined with a growing number of bars.

That’s the short answer to why the move is happening. Last year, Fred’s closed its location near TCU. They still have a location just north of the 820 Loop at 2730 Western Center.

Wallace says the location will include a patio similar to its current one but with garage doors to weatherproof it.

They’ll stay open until Dec. 31 and reopen in the new spot early February, possibly with a few new menu items and even a brunch. They haven’t yet sold the Currie Street property.

For decades it’s been a landmark, but Fred’s isn’t just a location.

Wallace still feels the new spot will have the burgers, the conversation and the feeling that truly made Fred’s, Fred’s.

“I’m feeling nostalgic about this place,” Wallace said. “It’s been a part of my life for so long.”