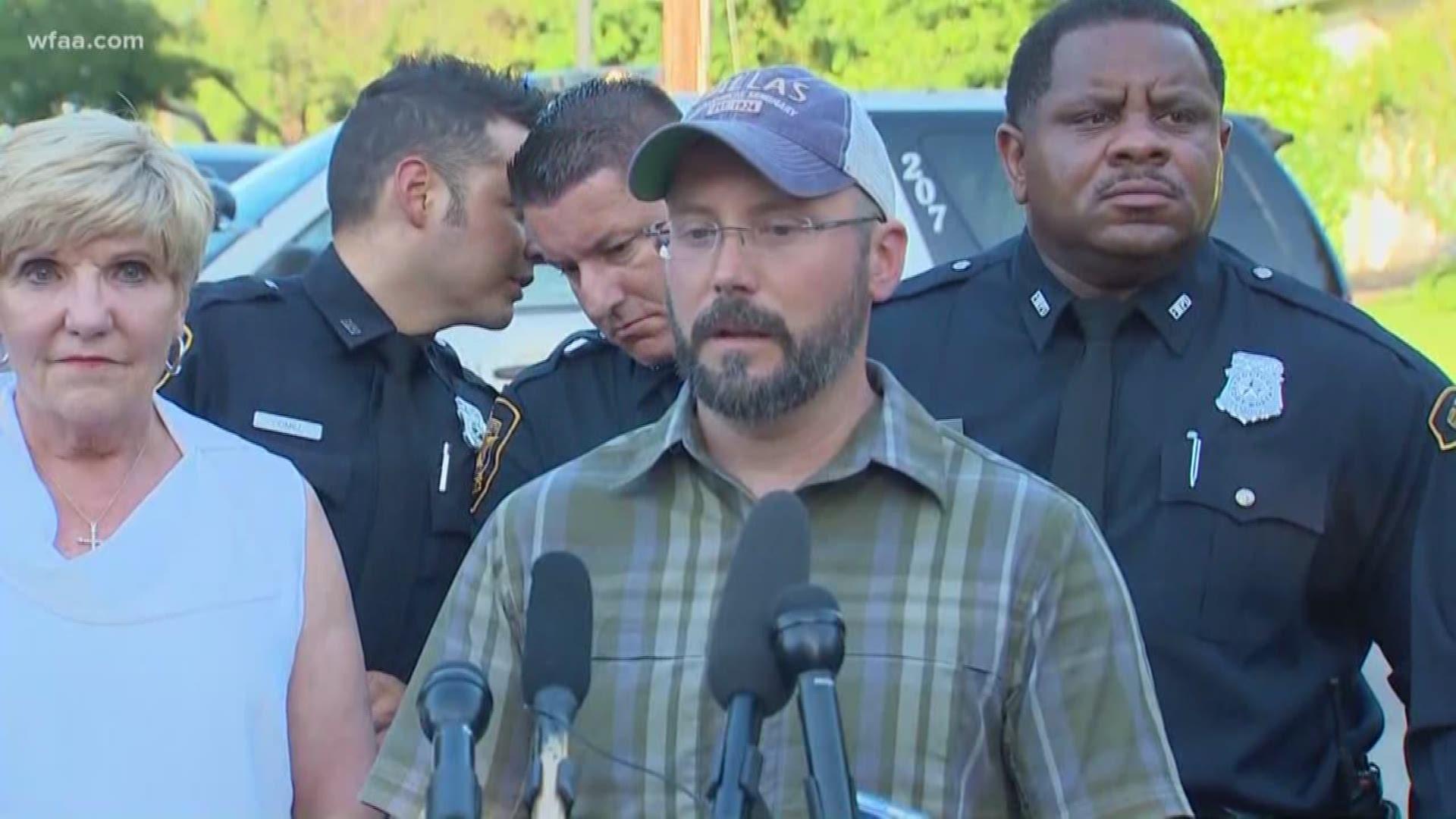 Updated at 8:35 p.m. Monday, May 20 with new information on Michael Webb's bond amount.

Editor's note: Due to the horrifying nature of this crime and the fact that the victim is a minor, WFAA will no longer show the girl's picture or use her name.

Less than 24 hours after she was kidnapped from her mother while taking a walk in their Fort Worth neighborhood, an 8-year-old girl is back with her family and her suspected kidnapper is behind bars.

Police have not yet released a motive for the kidnapping, carried out by 51-year-old Michael Webb of Tyler, who has a criminal record with a history of terroristic threats, sex assault and aggravated assault with a deadly weapon, among others, according to records.

The kidnapping happened at 6:38 p.m. Saturday in the 2900 block of 6th Avenue in Fort Worth, when Webb "approached [the girl and her mother] and grabbed the child," Fort Worth police said.

The girl's mother jumped in the car and "fought ferociously" to get her back, police said, but Webb shoved the mother out of the car and drove off with the 8-year-old.

Police used security footage of a neighbor's doorbell camera to pinpoint the moment the woman was pushed from the car. This zoomed-in video shows the girl's mother in the top-right corner.

The mother then called the police, who started searching for Webb and the car he was driving — a  four-door dark gray sedan with alloy wheels with either a "light tint" or no tint and possible paper plates.

A regional Amber Alert was issued at about 10:30 p.m. by Fort Worth police, but many in the metroplex said they did not receive one. Fort Worth police told WFAA that they have no control over the alerts that are sent out, or the ability to expand the Amber Alert to other areas.

In a police press conference in Fort Worth Sunday, Fort Worth Mayor Betsy Price said that the early description of the car Webb was driving in “did not fit the criteria for an amber alert because there was no license plate. The system works if you have a tag number, and in this instance we had a vehicle description, but not a plate. So we were able to leverage what we could out of the license plate and social media, and that’s what really helped us.

"There was apparently an alert that was issued and received by media members, but it was not received to the general public, which concerns us. We will work endlessly to find out why the criteria is that way...The Amber program developed years ago before cell phones and video. They probably need to update."

Price said she plans to meet with the Amber Alert team to see if they need to revise their guidelines.

Fort Worth police notified the public that the 8-year-old was found and Webb was in custody at 2:25 a.m. Sunday.

One of those church members was Bear Creek Bible Church care and missions pastor — and long-lost friend of the girl's father — Jeff King. King spoke at the Sunday press conference.

"I have two boys, and I would have wanted as many eyes looking out for my boys as possible," King said. "Everything was really accidental — coincidental is what they would say, but if you take every single coincidence and you put it together and you said it was still coincidental after that, you'd just be denying that there's a God."

King said he and a friend checked parks, apartments, hotels and other spots in the area until they found Salem.

"It was an overjoying experience," King said of hearing the girl was safe after he and his friend found Webb's car.

King said he didn't feel like a hero, but rather, a tool used by God to find the girl.

"I’d like to give you all a hand for pulling together the way that you did," Fitzgerald said. "That doesn’t happen everywhere in the U.S., people don’t get out and just become more than the eyes and ears and become the search party...they become the rescuers, they become the heroes, and we’re damn proud of it."

The 8-year-old was observed by police officers and sent to an area hospital for a check-up, and is now at home with family, police said.

Webb is in jail and is charged with aggravated kidnapping, a first-degree felony. His bond is set at $100,000.

When asked by WFAA about why the bond amount was so low, Fort Worth Police responded Monday night and said:

"The information we have provided early on in this case till now is what we are able to share without compromising or effecting the investigation of the kidnapping. We anticipate it being a few days before we are provided new information regarding this case. Investigators are working diligently to gather more details and relevant information; feel free to check back with us in a few days."

No information is known on Webb's motive, and police have said he has no connection with the girl's family and kidnapped her at random.

Family members have commented to the media, but have only said "[the girl] is safe now, and that's all that matters."

A GoFundMe has been set up for her family so that her parents "may take time to be with her from work and cover services they may need in this time of recovery." If you would like to donate, click here.