'We have stepped out of the shadow of Dallas': Mattie Parker will take office as youngest mayor of a major US city 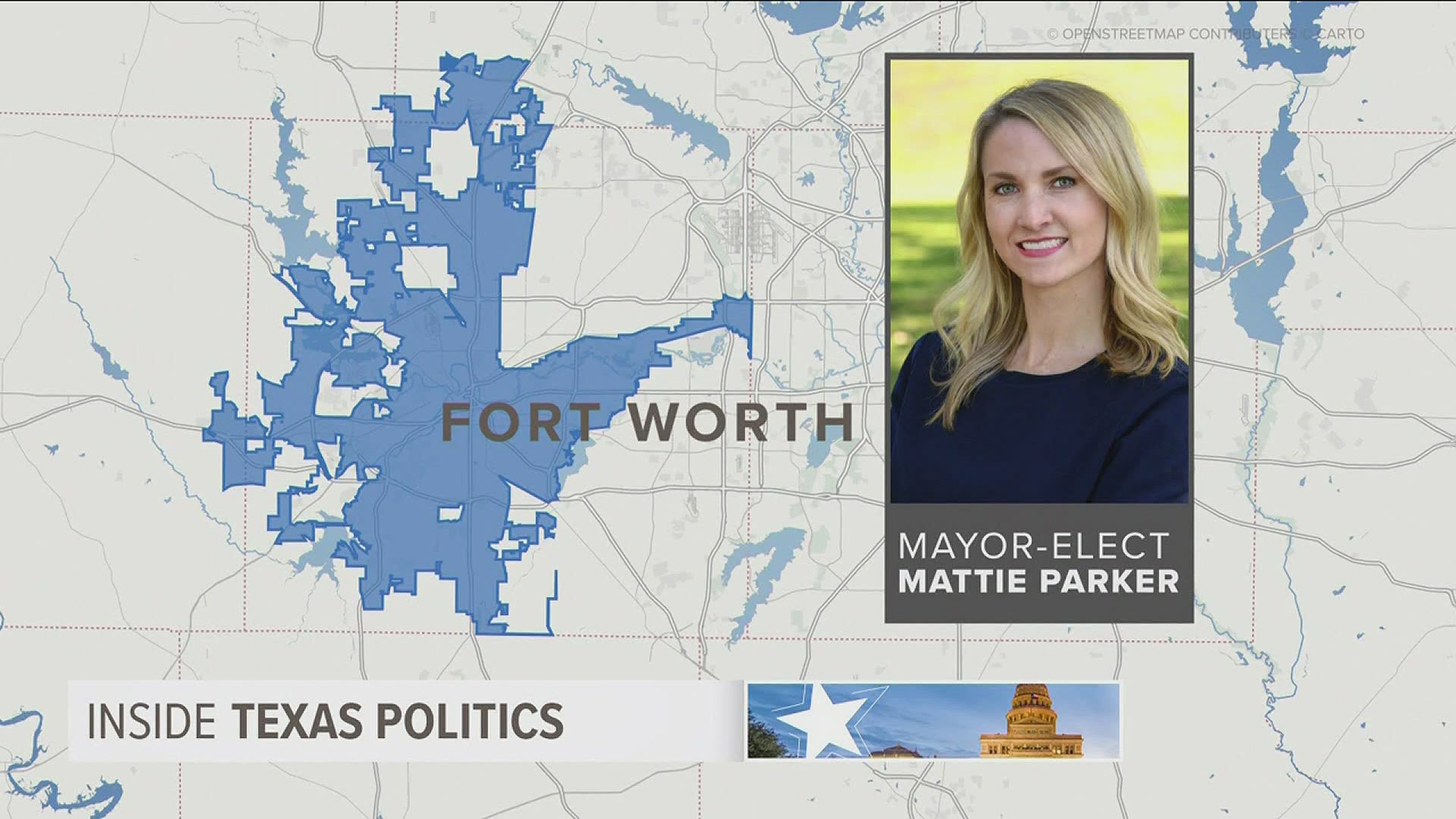 FORT WORTH, Texas — After Mattie Parker officially takes office as mayor of Fort Worth on June 15, she said she will immediately set her sights on the city’s budget and economy, including enhancing the city’s entrepreneurial ecosystem.

“That’s important because we’re exporting talent in Fort Worth in a way that I think is troubling and I want us to really focus differently,” she said on a bonus episode of Y’all-itics.

The mayor-elect said her third priority will be infrastructure as the city will be flush with federal dollars from the CARES Act and other infrastructure stimulus funding. While she didn’t mention any specific shovel-ready projects, she did tell us there is a working list for Tarrant County and Fort Worth will get its fair share.

As for property taxes, which has led to more revenue for the city thanks to the growth in valuations, Parker said she can’t do much other than make sure taxpayers' money is paying for dependable citywide services, such as police, fire, parks and trash.

And expect the Parker to focus on corporate relocations and as she told us, trying to find the next corporate success story which she said Fort Worth needs to do better.

“We have stepped out of the shadow of Dallas and other cities in Texas,” she said. “It’s an incredibly business friendly, high quality of life, we’re young. The city’s average age is 34. Second highest percentage of young families. All of these things bode well for us.

That youth in the city extends to City Hall. Parker is now the youngest mayor of a major U.S. city -- 12th largest according to new Census Bureau estimates. There are also five new city council members and the average age of council and mayor dropped from 60 to 45 after the election.

“When you’re campaigning, you meet wonderful people from all walks of life. I met CEOs that have built phenomenal businesses that are 10 years younger than me,” she said. “So the fact that we maybe had an age discrepancy in governing is something we can correct.”

The mayor-elect said she’s talked to one of the other mothers who was just elected to council and they both plan to bring their children (Parker has three) to the swearing-in ceremony.

“So if you want to get your popcorn out, I think there’s 15 kids, or something like that, under the age of 15. That’s what you’re going to see on Tuesday. And it just is a reflection of a city that’s emerging from COVID-19 in a positive way.”

The swearing-in ceremony for Parker and the new members of City Council will be held at 7 p.m. on Tuesday, June 15.