Marisela Botello Valadez's remains were found last Wednesday in a wooded area in Wilmer, Texas. Two suspects have been captured. A third is still wanted. 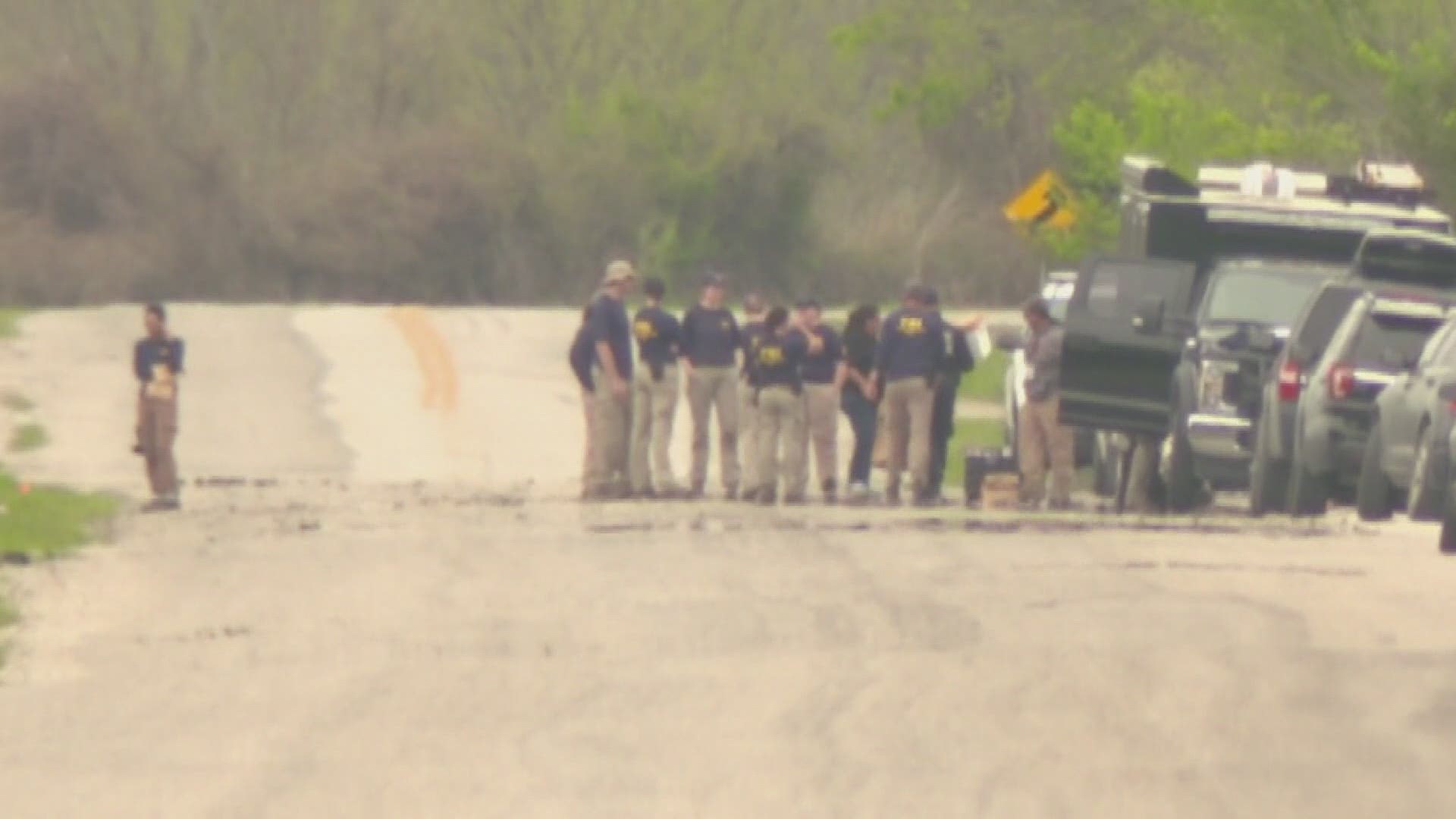 WILMER, Texas — Members of the FBI's Evidence Response Team Unit, alongside investigators with the Dallas Police Department, spent 11 hours Tuesday searching for and collecting evidence in connection to the death of Marisela Botello Valadez.

Botello's remains were found in a wooded area in Wilmer last Wednesday.

WFAA observed the FBI and Dallas police officers congregating and searching an area off Post Oak Road and Beltline Road in Wilmer.

A spokesperson for the Dallas Police Department confirmed to WFAA that the police activity was a follow-up search related to the Botello case but wouldn't elaborate further.

Deputies from the Dallas County Sheriff's Office were also on scene, but were primarily there to prevent drivers or cars from interfering with the search.

One member of law enforcement told WFAA on the scene that police had been in the area since 6 a.m.

Credit: Matt Howerton
A Dallas County deputy blocks traffic as members of the FBI search the area where Botello's remains were found.

They were essential after the Boston Marathon bombing and the 2015 San Bernadino attack.

The follow-up search came just a day after a second suspect was apprehended for Botello's death.

Botello, who was visiting Dallas from Seattle, went missing in Oct. 2020 after going out in Deep Ellum.

Lisa Dykes, 57, was arrested in Florida and charged for Botello's murder Monday. She will be extradited to Dallas.

The first suspect arrested was 49-year-old Nina Marano. She was taken into custody Thursday in Miami, Fla., and faces a capital murder charge, police said.

A phone analysis showed the three suspects were allegedly with Botello the night she went missing, and investigators found Botello's blood at a suspect's apartment, according to an arrest warrant affidavit.

Botello was last seen on Oct. 5 in Deep Ellum. She flew to Dallas from Seattle to visit her ex-boyfriend and decided to go out alone for the evening, police said. A surveillance video showed her in a parking lot with one of the suspects, Charles Beltran.

Anyone with information regarding the location of Beltran is asked to call 911.

Anyone with information about this case should also contact Det. Ramirez with the Dallas Police Department Special Investigations Unit at (214) 671-3668 or christine.ramirez@dallascityhall.com. Please reference case #177834-2020.