Dr. Marc Krouse is being fired after the medical examiner's office suspended him for errors. His attorney says there's been a rush to judgement. 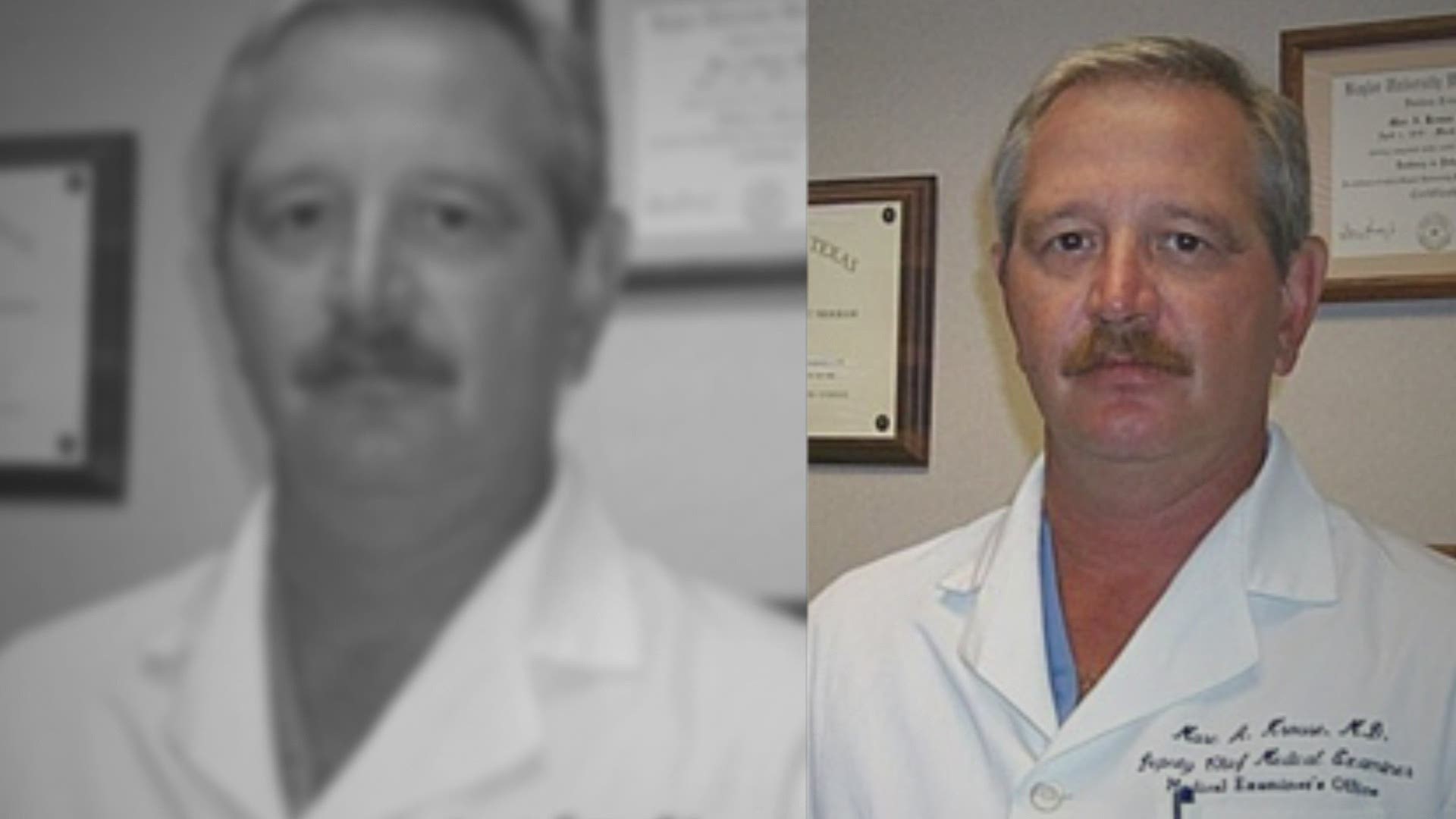 FORT WORTH, Texas — Jose Moreno was 28 when he was shot and instantly paralyzed from the waist down.

“He was shot November 7, 1990,” his daughter Kristina Moreno said. “There’s nothing about that day that I don’t forget. The smells. The tubes. The doctors. The nurses.”

Jose’s sister Vanessa Morales and his daughter Kristina were helped care for him until he passed away suddenly in February of 2020.

His death was recorded as a homicide. The cause listed: “Complications of Paraplegia due to Remote Gunshot Wound”, but the family found out Wednesday that may not be accurate and want answers.

“You’re supposed to give people closure and give people answers and you just went halfway to do it,” Morales said.

The Tarrant County Medical Examiner’s office audited the work of Deputy Medical Examiner Dr. Marc Krouse after the body of Alfredo Oliveras had to be exhumed for a new autopsy because Krouse missed a bullet and ankle monitor in his report. Krouse’s attorney disputes that a mistake was made.

The audit performed by Chief Medical Examiner Dr. Nizam Peerwani looked at 41 homicide cases Krouse worked on in 2020 until he was suspended in November and found omissions, lapses, and failures to obtain all necessary records in 27 of the 41 cases.

“I was stunned to hear that there were this many mistakes,” Christy Jack, a defense attorney and partner at Varghese Summersett said.

“I can certainly empathize with what a headache this situation is and will continue to be, for what I would estimate years to come,” she said. “Any homicide case you have has an additional hurdle as a prosecutor that you're going to have to overcome.”

It’s not just current cases she says are concerns. Krouse has been at the medical examiner’s office for roughly 40 years and Jack believes hundreds of cases could be impacted.

“I think the ramifications cannot be overstated” she said. “The prosecutor’s office publicly is going to downplay the significance of the findings in the audit. But privately I think there is a tremendous concern.”

“It is our legal and ethical obligation to provide Dr. Peerwani’s audit to defense attorneys,” the Tarrant County District Attorney’s office said in a statement. “That is what we’ve done. Moving forward, defense attorneys have the right to ask trial judges if they can question witnesses about the audit. The judges will decide if the information is admissible.”

The audit says Moreno’s case was one with the most "egregious" errors. It says Krouse failed to review records from Moreno’s primary care physician, failed to review hospital records and failed to review the police report, and it says he took one x-ray that didn’t show the bullet left behind from shooting.

“How do you consciously just not do that?,” Kristina Moreno said.

Because of what’s listed as “a lack of due diligence” the report says Moreno’s cause of death “is not supported by source documents examined”.

“I just want to know where his head was at the time,” Morales said. “Why were you not giving us closure? Why are you letting this happen? You’re responsible and we want answers.”

The family never got a call about the audit or the new information. They found out from news stories online and now have even more question.

“How are you going to right this wrong?,” Moreno said. “I don’t like when you try to sweep something under the rug.”

Krouse’s attorney, Darrell Keith, says there’s been a rush to judgment and he’s investigating the medical examiner’s office, Chief Medical Examiner Dr. Nizam Peerwani and the commissioner’s court. He said the audit is also not impartial.

A letter from the Tarrant County District Attorney's office says Peerwani suspended Krouse on March 25 and his last day in office will be April 24.

“Because of an ongoing investigation, the commissioners court made the decision that Dr. Marc Krouse should not be working on any Tarrant County cases and were informed by medical examiner Dr. Nizam Peerwani, that Krouse would be terminated,” Tarrant County Judge Glen Whitley told WFAA Tuesday.

“I'm concerned that the audit itself had a lot of mistakes in it,” Jack said. “It's like who's going to audit the audit?”

“Someone needs to be held accountable,” Moreno said.

“I do want answers of what happened,” Morales said.

After tragedy, there’s an effort to try to understand and heal. Moreno’s family is starting that process again. No one knows if other families may have to do the same.

“What is the medical examiner’s office going to do to put these fail safes in check where this doesn’t happen anymore at all,” Moreno said.