"That's what we're supposed to do, is build strong buildings. Nobody ever told me to make it easy to demolish," Thomas Taylor joked. 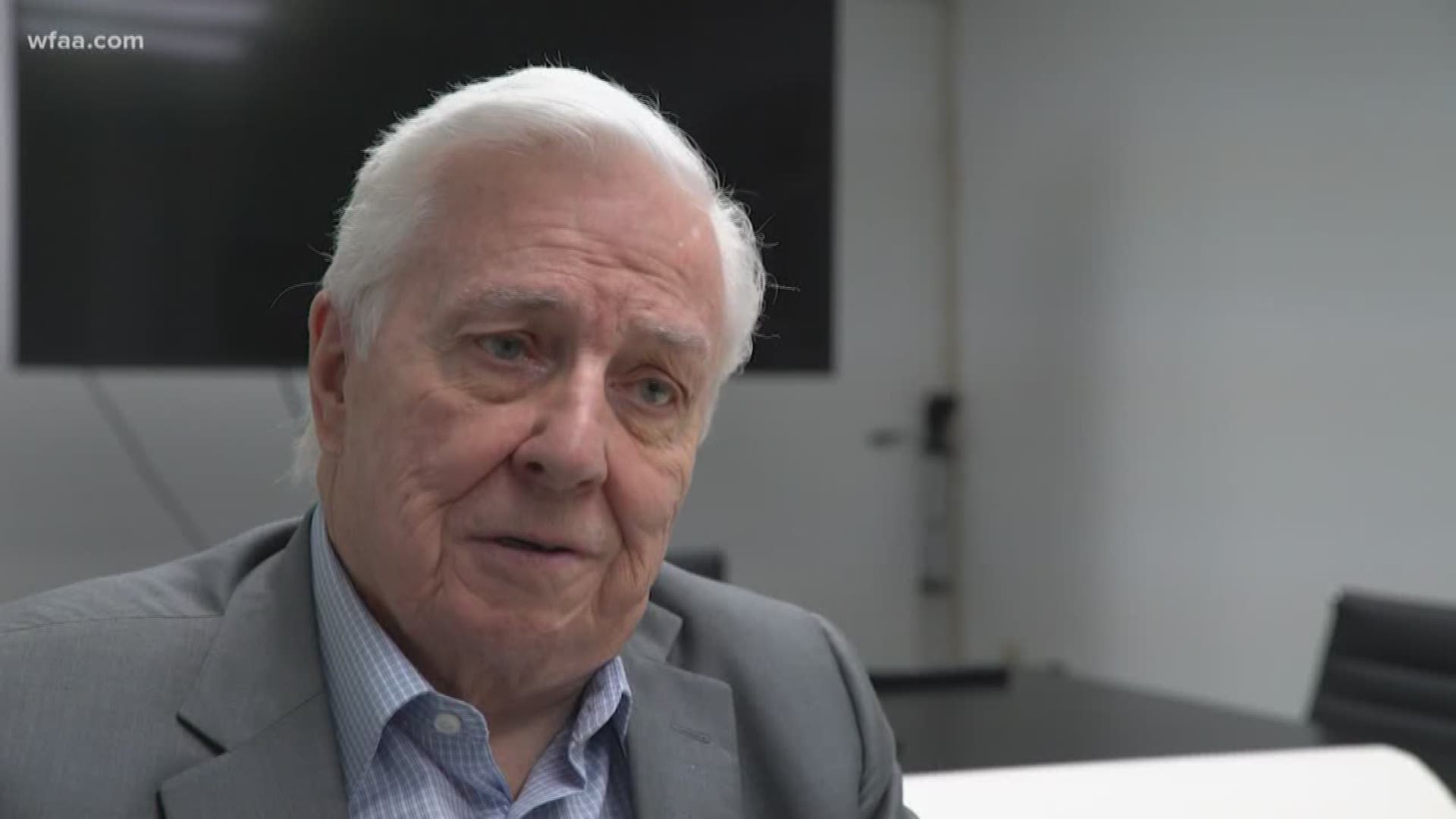 DALLAS — Scroll to the bottom of the story for a current live look at the tower.

The continuing saga of the so-called "Leaning Tower of Dallas" is a headache for developers and the demolition company and a tourist attraction for people in search of leaning selfies. It's also a point of pride for the structural engineering firm that made it the sturdy concrete monolith that it has become.

"That's what we're supposed to do, is build strong buildings. Nobody ever told me to make it easy to demolish," joked Thomas Taylor, the principal design engineer for Datum Engineers in Dallas.

Constructed in 1971 as the original Southland Corporation Office Tower, the 11-story building is one of more than 50 in the downtown Dallas area with structural engineering and design by Taylor's company. The Perot Museum, the Dallas Holocaust and Human Rights Museum, and Parkland Hospital are other notable projects from Datum Engineers.

And with weathered 49-year-old blueprints Taylor's staff retrieved from their basement, Taylor explained why demolition experts had so much trouble with the office building's central concrete core.

He says, as he understands it, the demolition plan was to sever all those branches and leaves while also cutting off the central concrete core, allowing it to topple over where it could be more easily torn apart by heavy machinery.

Taylor admits that what is left of the building he helped design has been the source of a few jokes in the office. But he says he has deep respect for the demolition company and the difficult job they faced.

"It's just something to have a little humor about at the demolition people's expense. Which is not totally fair because, in my opinion as a structural engineer, that is extremely sophisticated engineering calculations," he said.

"It could be humorous now because nobody got hurt. Maybe the contractor, the demolition contractor, many feel like people are picking on him but in reality, I think that everybody's having fun."

And for a professional engineer, it's also fun knowing he helped design a very structurally sound building.

"Well, yeah that's true," he said, while also promising to design the rest of Datum Engineers' projects just as indestructible too.