An elderly man grabbed onto tree roots and called 911 after he was swept into the Trinity River, Forney police say

"I just saw a guy that looked like he needed a hand and I thought that I could help out," said Daniel Washburn. 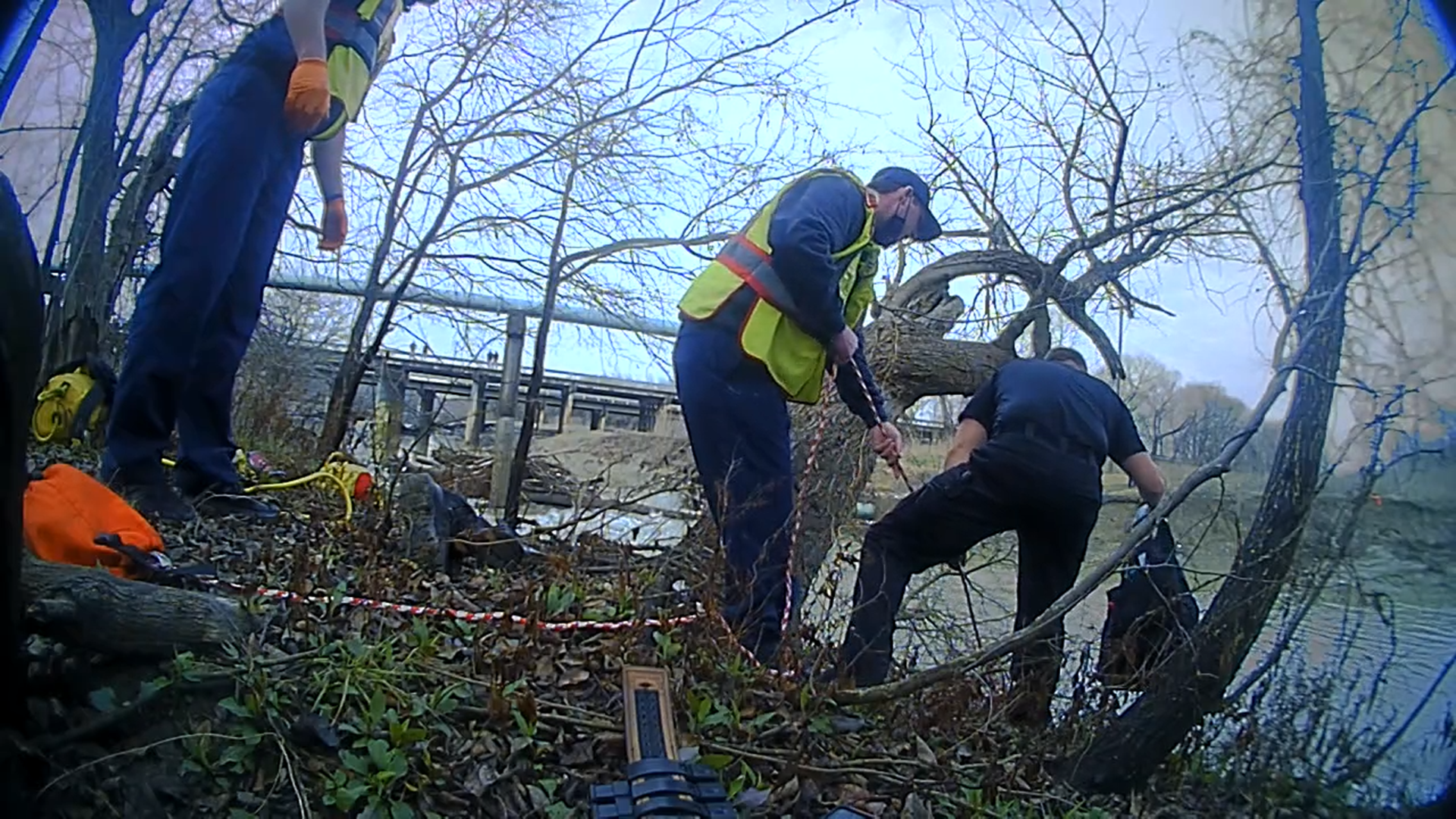 A 69-year-old man survived a Saturday plunge into the East Fork Trinity River thanks to Forney police officers, firefighters, EMTs and a good Samaritan who stopped for help.

Forney police said the man, who was not named, got lost sometime Friday along Highway 80 near Clements Drive. His car got stuck in high water and mud on the north side frontage road near the west bank of the river.

Police said the man spent the night in his vehicle before trying to escape, but by then his truck had drifted downstream, partially submerged in water.

The elderly man tried to swim to safety but was swept up in the river. He was able to hold on to a tree root system in the water and call 911.

"He had just tried to swim across and got swept up," said Forney police officer Laramie Kennedy, who was the first to reach the man.

Construction worker Daniel Washburn was just driving by when he came upon the scene.

"As I pulled forward, I looked over and I saw a person in the water," Washburn said.

Washburn got into the water and helped stabilize the man until more first responders arrived, officials said.

Washburn said the man was trembling and was losing his grip.

"He couldn't have lasted much longer out there," Kennedy said.

The man was 125 feet south of US Highway 80. If he had been much further down the river, it would have been difficult to reach him in the wetland area that stretches on for miles.

Kennedy removed his police vest, with his body camera still attached and recording. It captured Washburn jumping into the river to keep the man afloat while officers and firefighters fashioned a rope and harness to help pull the man up a muddy 12-foot embankment.

Groaning as he was pulled to safety, the man was hypothermic but alive. He was taken to a hospital and Forney police said he is expected to be OK.

"I just saw a guy that looked like he needed a hand and I thought that I could help out," Washburn told WFAA.

"I call him a hero in this incident," Kennedy said of Washburn. "He spotted him and without hesitation jumped in and was right there beside us the whole time."

"I'm just glad he made it out," Washburn said. "Hopefully he's home, warm, safe, and everything's good. That's what I'm hoping for."

In a statement Sunday afternoon, the Forney Police Department said it "would like to commend Officer Kennedy, Mr. Washburn and our partners with the Forney Fire Department, Kaufman County Sheriff's Office, Kaufman County Precinct 2 Constables Office, and CareFlite EMS for their efforts in saving this man's life."