“AT&T has already reached out and said that they think they have a fix where they want to be helpful,” said state Rep. Craig Goldman, R-Fort Worth. 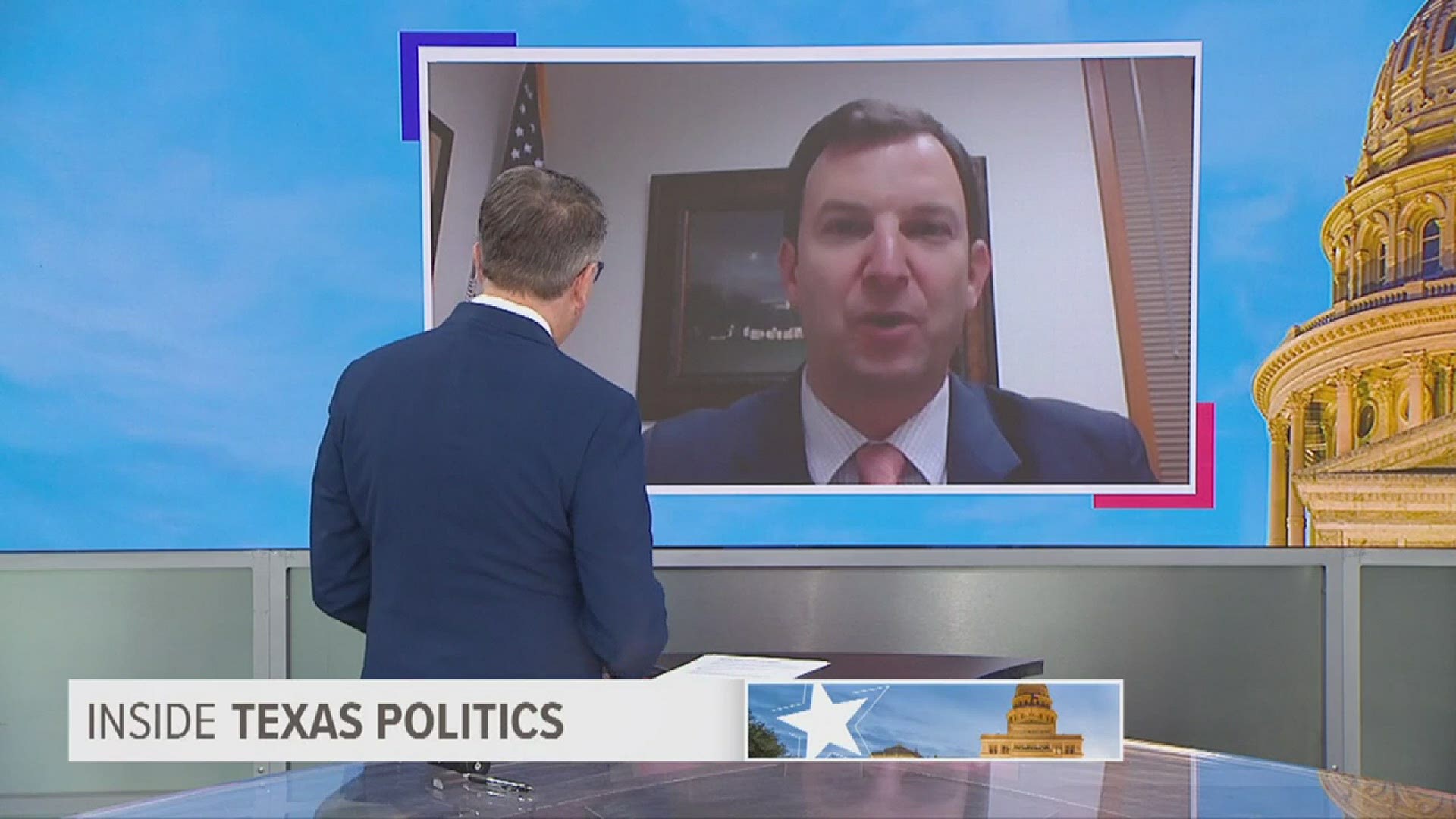 DALLAS — Poor communication emerged as a common theme in the failure of Texas’ energy infrastructure this month during power outages, and one idea to fix it is an Amber Alert-style system that warns Texans of impending problems.

“That’s absolutely one idea. There are many other ideas. AT&T has already reached out and said that they think they have a fix where they want to be helpful,” said state Rep. Craig Goldman, R-Fort Worth, who chairs the House Energy Resources Committee, on Inside Texas Politics Sunday morning.

An Amber Alert is an emergency messages issued when a law enforcement agency determines that a child has been abducted and is in imminent danger.

Legislation to fix the infrastructure failure will likely begin in the committee that Rep. Goldman leads.

The Fort Worth Republican said the state must set up a communication system to quickly inform the public about an emergency situation with the state’s power grid.

Credit: AP
Bill Magness, President and CEO of the Electric Reliability Council of Texas (ERCOT), right at table, testifies as the Committees on State Affairs and Energy Resources hold a joint public hearing to consider the factors that led to statewide electrical blackouts, Thursday, Feb. 25, 2021, in Austin, Texas. The hearings were the first in Texas since a blackout that was one of the worst in U.S. history, leaving more than 4 million customers without power and heat in subfreezing temperatures. (AP Photo/Eric Gay)

In addition, after leading two days of hearings with the House State Affairs Committee, Rep. Goldman said every element of the state’s energy infrastructure had poor communication.

RELATED: Texas lawmakers question energy leaders about power crisis for the second day in a row

“I received a call ‘Hey, we’re potentially going to have rolling blackouts,’” Rep. Goldman said on the television program. “People were expecting rolling blackouts when in reality they were outages. And that was never communicated to the public in any way, shape or form.”

Rep. Craig Goldman said every stakeholder in the state’s energy infrastructure, from power plants and natural gas facilities to ERCOT and state regulators failed to adequately inform Texans about the severity of what was coming in brutally cold temperatures, despite discussing the likelihood of electric outages days before it happened.

Lawmakers stress that their investigation is just beginning.

Rep. Goldman dismissed suggestions that the near-collapse of the electric grid will damage the state’s credibility and impact its ability to recruit businesses in the future.

“We obviously had some faults last week. People have admitted blame. They admitted where they needed to improve. And the good news is, we are Texas,” Rep. Goldman added.