The rally will be at the American Airlines Center and will focus on jobs in Texas. 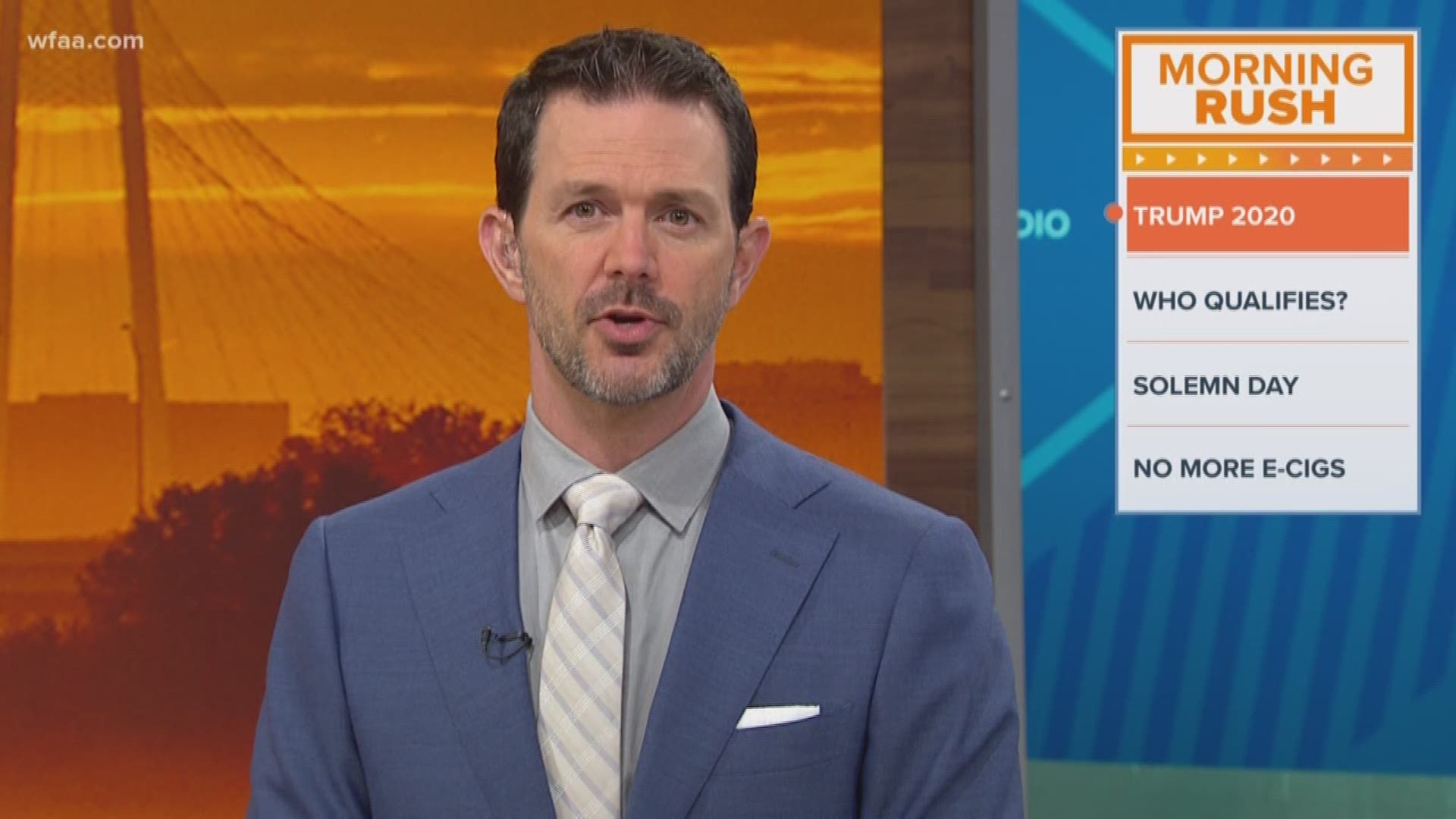 DALLAS — Donald J. Trump for President, Inc. announced Monday that President Trump will be in Dallas for a "Keep America Great" rally on Thursday, Oct. 17 at the American Airlines Center.

Promotional material for the rally focuses on Trump's initiatives for job growth in Texas during his time in office.

“President Trump looks forward to celebrating the good news of the Trump economy and the vast accomplishments of his administration with the great men and women of Texas," Donald J. Trump for President, Inc. COO Michael Glassner wrote in a news release Monday.

On Monday, the House Intelligence, Foreign Affairs and Oversight and Reform panels announced a subpoena of Trump's personal lawyer Rudy Giuliani for documents related to his interactions with Ukranian officials.

Trump faces an impeachment inquiry after Speaker of the House Nancy Pelosi formally started that process last Wednesday over allegations that Trump pressured the leader of Ukraine to investigate Joe Biden's family.