U.S. Representative Michael Burgess agreed to come on the show to speak out about impeaching President Donald Trump. 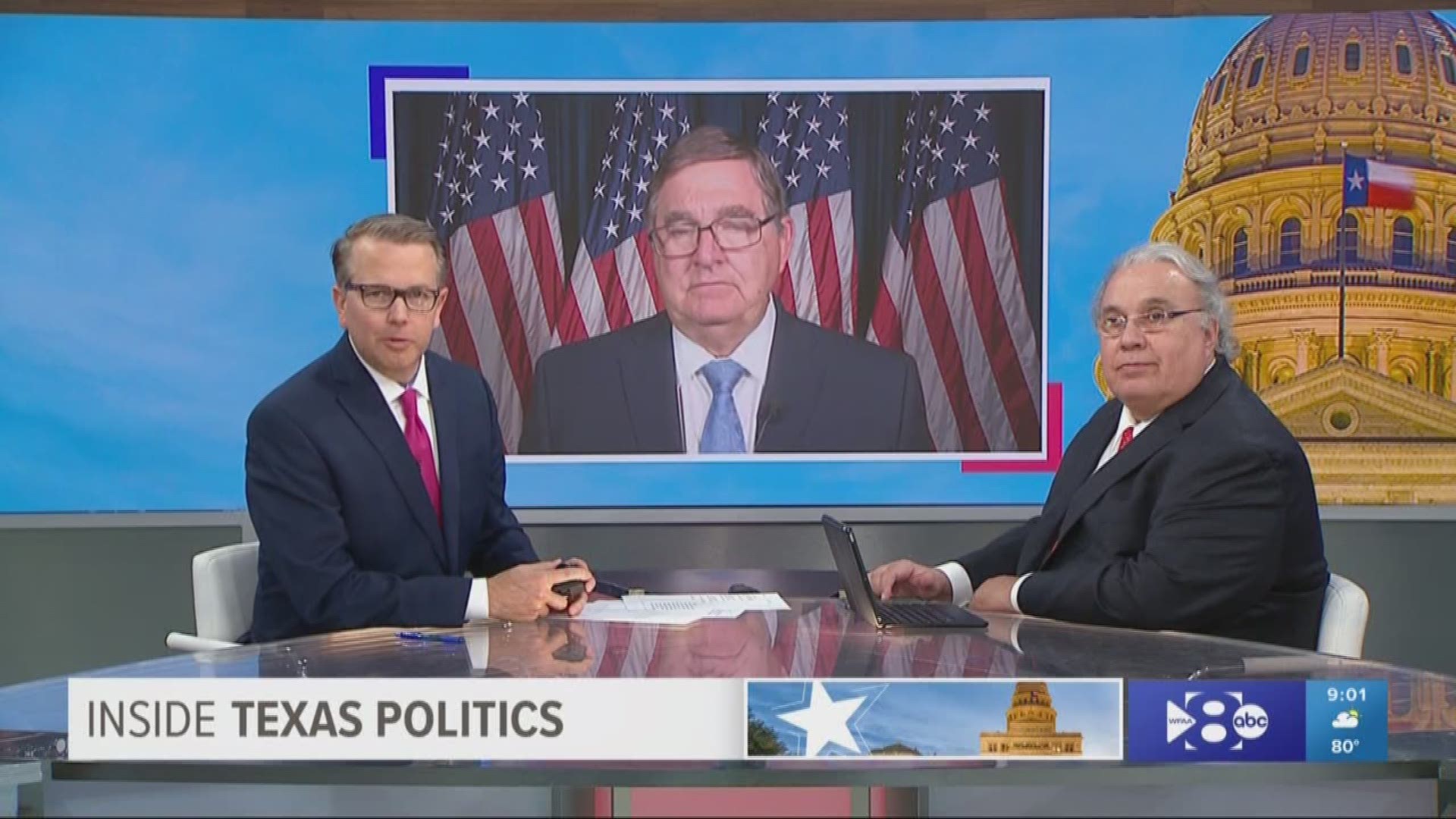 Inside Texas Politics began with the impeachment inquiry. While Democratic Congressmen Colin Allred and Marc Veasey were unavailable this week, U.S. Representative Michael Burgess agreed to come on the show to speak out about impeaching President Donald Trump. Rep. Burgess is a Republican from Denton County and a staunch President Trump supporter. He joined host Jason Whitely, and Bud Kennedy from the Fort Worth Star-Telegram.

Many Republican U.S. Representatives are leaving Washington, D.C. at the end of their term next year. However, now two conservatives in the Texas House of Representatives have announced they are not running for re-election. After 16 years, Dwayne Bohac from Houston is out. And, Mike Lang, chairman of the House Freedom Caucus, decided he will run for the county commissioner in Hood County. The Houston district is a swing district, the other one is solid red. Ross Ramsey, the co-founder and executive editor of the Texas Tribune, joined host Jason Whitely to discuss what these two Republican retirements mean for Democrats. Also, Jason and Ross wondered whether the emergency is over at the southern borders – hundreds of U.S. Customs agents are going back to their regular posts.

It's uncertain where impeachment proceedings launched by the U.S. House of Representatives will really go against President Trump. In this week's My Voice, My Opinion, author and producer Katie Sherrod said it doesn't matter because this is about accountability.

For as successful as Beto O'Rourke was in turnout last year, he struggled in the Rio Grande Valley and the Texas panhandle during the primary election. A little known Democrat named Sema Hernandez beat him in both places. Host Jason Whitely sat down with her about the lessons learned and her new race against incumbent Republican U.S. Senator John Cornyn.

The biggest question Americans face as they likely approach an impeachment inquiry is whether President Trump actually committed a crime. That's the focus of Flashpoint. From the right, Wade Emmert, former chairman of Dallas County's Republican Party. And from the left, Rich Hancock from VirtualNewsCenter.com.