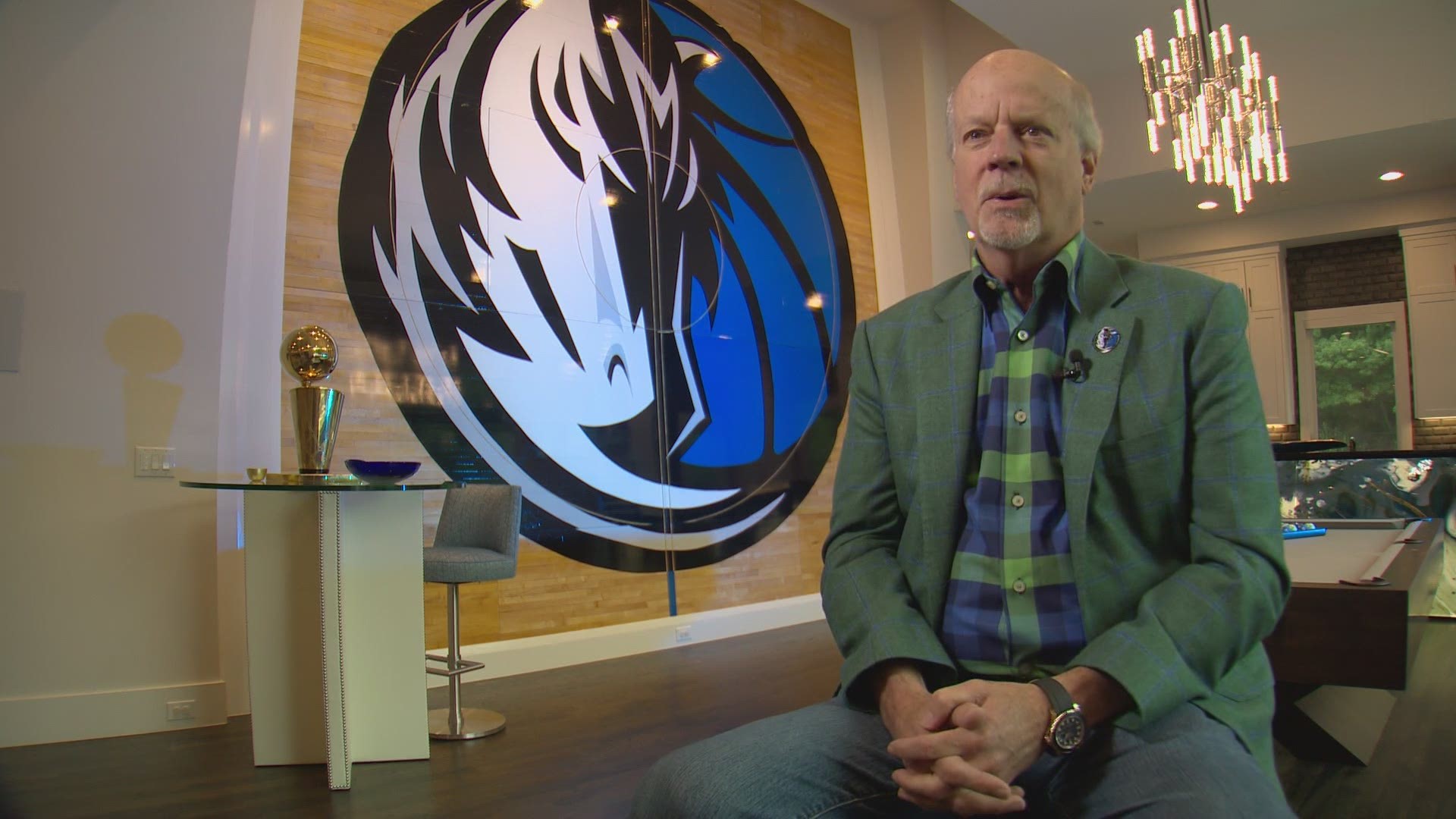 Hanging in his game room is part of the actual court from the 2011 season. That’s the year the Mavs won the NBA Championship.

Mark Cuban was replacing the floor and getting rid of the old one, so Thompson asked him for it.

“He said what are you going to do with it? I said we are going to put in a game room when we build a house,” said Thompson.

He stored the court, then restored it.

”All the players, the presidents. A lot of people’s feet have been on that floor,” said Thompson.

Mark and his wife have been fans for decades. He’s sort of the Mavs unofficial ambassador.

After the Mavs won the 2011 NBA Championship, they surprised him at this office.

Dirk handed him a replica of the championship trophy -- there’s only three of them.

”I’m still about a foot off the ground about that trophy. I polish it all the time. I would sleep with it, but it’s kind of cold," said Thompson.

“This is the play that Dirk ran when he scored 30,000 points. It’s autographed by him," said Thompson.

And then, there’s the guitar that legendary music artist Carlos Santana autographed for him after playing it during halftime at a Mavs game.

“It was so great. I was able to get him some courtside seats and he gave me the guitar,” said Thompson.

Thompson said the last year was tough for fans since they couldn’t go to games in person. So, he said, the excitement now is electrifying.

”Coming off the COVID nightmare, people are really charged up. And now, the Mavs are in the playoffs and it doesn’t get better than that. The worst is over,” he said.

And he believes the best is also yet to come.