The current Dallas Mavericks’ core has technically played home playoff games, but Game 3 will mark the first postseason action in Dallas for Luka Dončić and gang.

DALLAS — August 23, 2020. That was the date of Game 4 last summer between the Dallas Mavericks and Los Angeles Clippers in the Western Conference first-round with Dallas down one point with 3.7 seconds left in overtime.

A win would tie the series. A loss would put the Mavericks on the brink of elimination. Dorian Finney-Smith held the ball in his hands to inbound and everyone in the building knew Luka Dončić would be taking the shot.

And so it went. Luka dazzled on L.A. defender Reggie Jackson, cooking him on a step-back 3-pointer as time expired with a mob of teammates ready to surround the Slovenian superstar.

The buzzer-beater capped off a 43-point performance where Dončić added 17 rebounds and 13 assists in 45 minutes for a second consecutive triple-double and his first signature playoff moment that will be a part of any highlight reel for the rest of his career.

The only problem is, though the Mavericks were the designated home team that day, they weren’t in Dallas for the home crowd to join in for the jubilation.

That Luka Dončić game-winner would have blown the roof off the American Airlines Center, sending rowdy Dallasites to the streets of Victory Park to enjoy libations and reminisce on an instant classic. Instead, Dončić’s first legendary postseason moment came within the confines of the NBA playoff bubble in Orlando, Florida.

The moment almost never happened at all, as the league suspended action for five months prior before settling on using the Disney Wide World Of Sports complex to provide a safe haven for their athletes as it navigated a global pandemic.

The makeshift arena usually befitting a high school basketball tournament provided a memorable playoff debut for the Dončić era, but it was ultimately one experienced in person by team and league officials only.

As excitement has continued to build for the Mavericks in their climb during the 2020-21 season, so too has the in-home attendance as health and safety restrictions have slowly eased.

That excitement will reach a crescendo on Friday night. The Mavs return playoff basketball to Dallas for the first time since 2016, and they will be looking for their first home playoff win in six years.

The team has sent word to blue-out the city. MFFLs and the Dallas Skyline will respond in kind.

The Mavericks will welcome their largest crowd to date since the start of COVID-19 restrictions began, likely in the 16,000 range. Capacity for the American Airlines Center is 19,200. The Mavericks are increasing capacity as they also hold a COVID-19 clinic at Victory Plaza outside the American Airlines Center for Texas residents aged 18 and older prior to Game 3 from 6 p.m. – 10 p.m. They will run the same campaign on Sunday night prior to Game 4.

The county’s declining cases and hospitalizations has made the increased attendance possible, and has allowed Mavericks fans to return to the arena that Dirk Nowitzki built to cheer on their budding 22-year-old legend.

All of Dončić’s playoff experience has come against the Clippers and away from Dallas, and he enters Friday’s home playoff opener with five 30+ point performances in eight games, including the 39-point effort in Game 2 with Dirk in attendance smiling like a proud papa.

All of the momentum seems to be on the Mavericks side for Game 3. Dončić is the big draw, but the efforts of the team in the first two contests show a group growing in confidence and better able to withstand intimidation.

Tim Hardaway Jr. has remained scorching with his shot and the shadow of a big Kristaps Porziņģis game – playing in his first playoff game in Dallas, as well – is still looming. Expect the crowd to be loud and provide a well-deserved euphoric release as the Mavericks aim to close out the Clippers by Memorial Day.

Do you think the Mavericks will be able to channel the energy of a big home crowd into a Game 3 victory? Share your predictions with Irvin on Twitter @Twittirv. 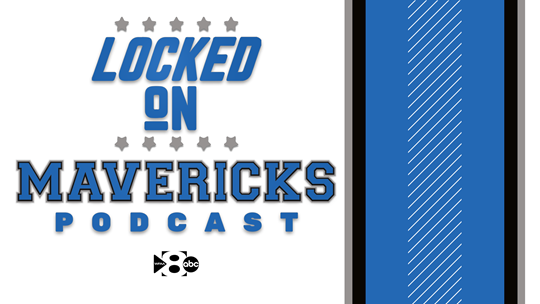