'We saw someone burn their furniture to stay warm': Dallas Fire-Rescue triples its call load as storm devastates residents

Dallas firefighters are responding to thousands of calls a day. Most of the calls are to shut off people's water, but some have concerned fires. 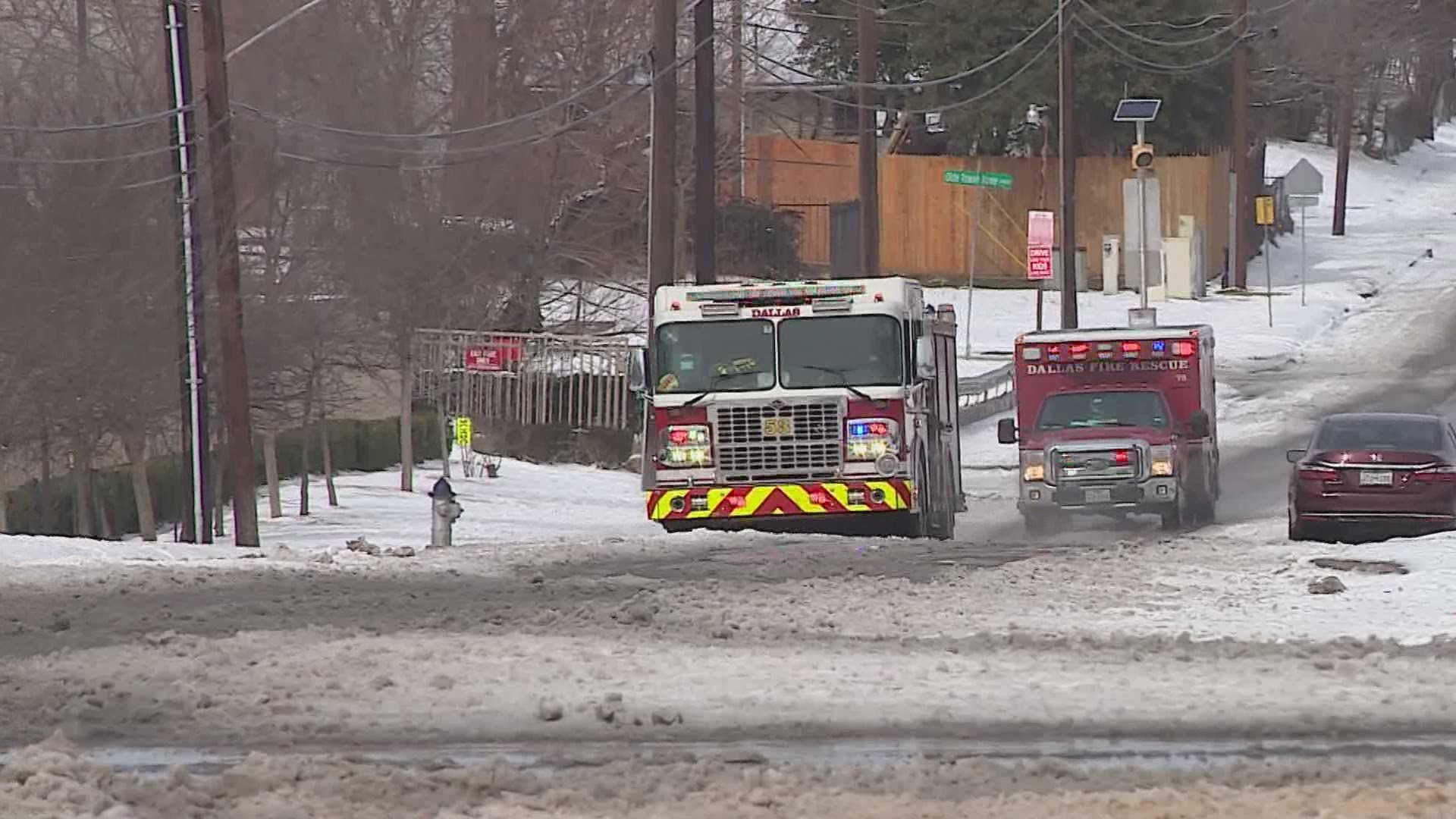 DALLAS — It's been non-stop for Dallas Fire-Rescue.

"We are tired definitely without a doubt. We also all chose this profession,” said Jim McDade, Dallas Firefighters Association president.

They signed up for the job, but no one expected a storm like this that would bring devastation to so many.

The desperation they are witnessing is heartbreaking.

"We had a call the other day where someone was burning part of their bedframe to stay warm in their home. It's that bad,” said Capt. Christian Hinojosa.

Firefighters said there are no breaks on their 24 hours shifts and some are sleeping in the cold. At least 15 of the fire stations lost power.

"We just put on another blanket. The silver lining is that we aren't in the fire stations much,” said Hinojosa.

Most of those calls have been to turn off people's water, but  also firefighters have also responded to 94 structure fire calls -- 37 of them actual fires.

"Alternative sources of heat such as stoves, ovens, space heaters, barbecue grills are the things we are concerned about,” said Assistant Chief Bret Stidham, Dallas Fire-Rescue.

At the same time, many firefighters are having to deal with their own emergencies at home.

“They have no power, their pipes are broken, their homes are unhabitable right now,” said McDade.

Mayor Eric Johnson addressed the exhaustion everyone is feeling. In 2019, he had only been mayor for four months when tornadoes hit North Dallas, destroying neighborhoods. Then, came COVID-19.

"This has been all hands-on deck, when everyone's hands are already numb from dealing with the crisis of the past two years,” said Johnson.

The mayor applauded the work Dallas Fire-Rescue and the Dallas Police Department have done during this crisis.

But city leaders feel there is still a lot more coming our way as the city thaws out. There is fear there will be more pipes bursting and homes and businesses flooding.