Dallas Police Chief U. Reneé Hall began her leave of absence on July 10. 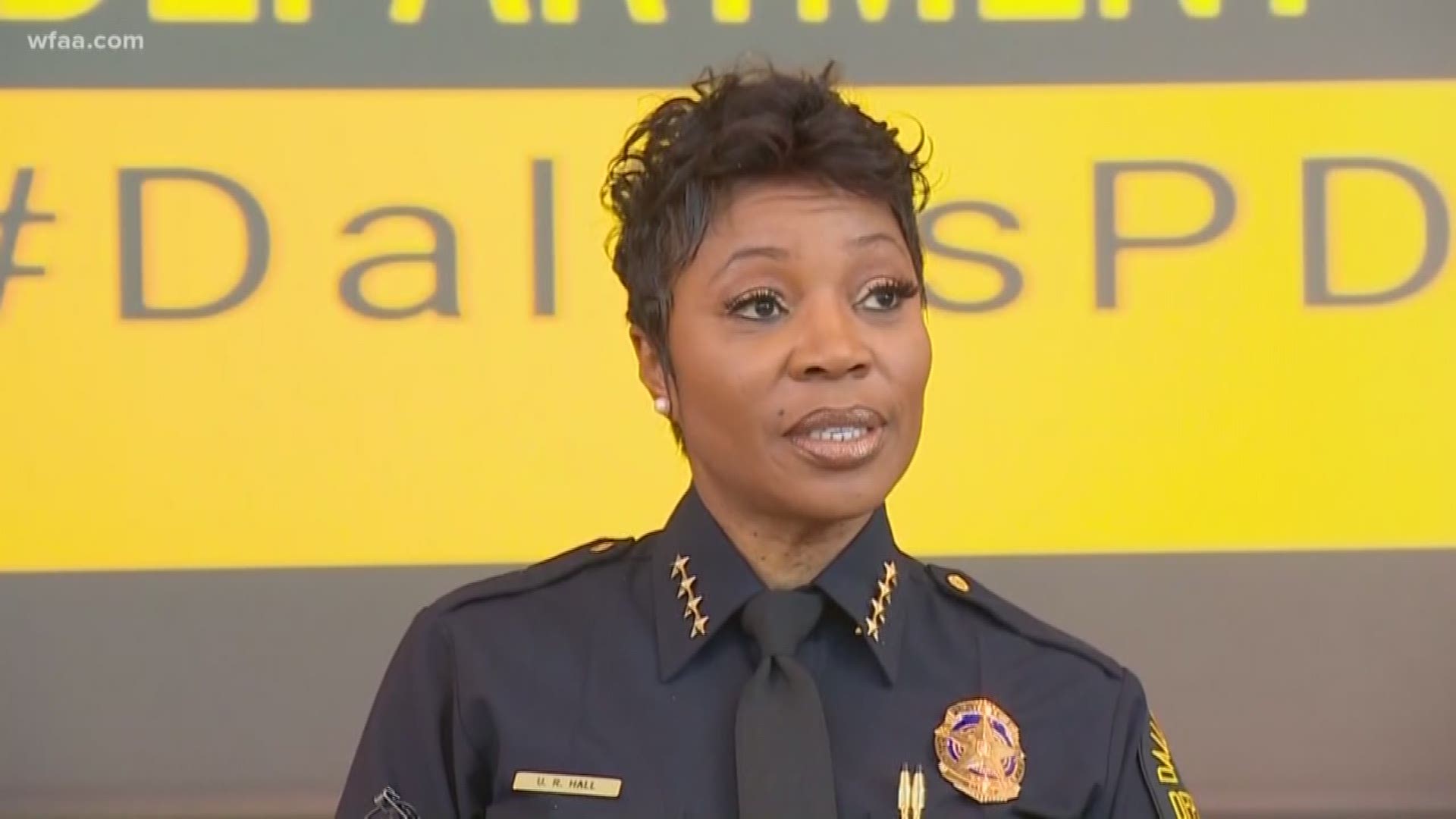 After a more than month-long leave of absence, Dallas Police Chief U. Reneé Hall will return to work Monday, the department said in a statement released Wednesday afternoon.

However, she will continue to keep a low profile over the next few weeks, says City Manager T.C. Broadnax.

“To ensure the success of her return while she continues to recover, I have encouraged the chief to be limited in her external activities and public appearances for the next few weeks,” Broadnax said. “She will use this time to re-acclimate to the many projects and initiatives currently underway in the department.”

On July 17, the Dallas Police Department issued a statement after the chief was noticeably absent for an extended period. The department acknowledged that Hall had taken a leave of absence for a scheduled surgery. She began that leave on July 10.

The chief's absence came at a time when she was facing criticism from local police associations, including the National Latino Law Enforcement Organization and the Combined Law Enforcement Association.

RELATED: 'She is incompetent': Harsh words for Dallas Police Chief Reneé Hall as two organizations call for her firing.

Her leave also came as the city experienced a rise in violent crimes. There has been more than 140 homicides so far this summer.

And less than two weeks ago, Broadnax acknowledged to a local newspaper that he handled her absence poorly.

But as she's scheduled to return to duty, Hall said she's appreciative of the City's "patience during her medical leave,'" said Wednesday's statement from Dallas police.

“I am excited and look forward to returning to work and resuming normal activity,” she said.