Bystander killed, another injured in shootout in downtown Dallas

Two people were found shot in downtown Dallas after gunfire broke out. One was pronounced dead at the scene. 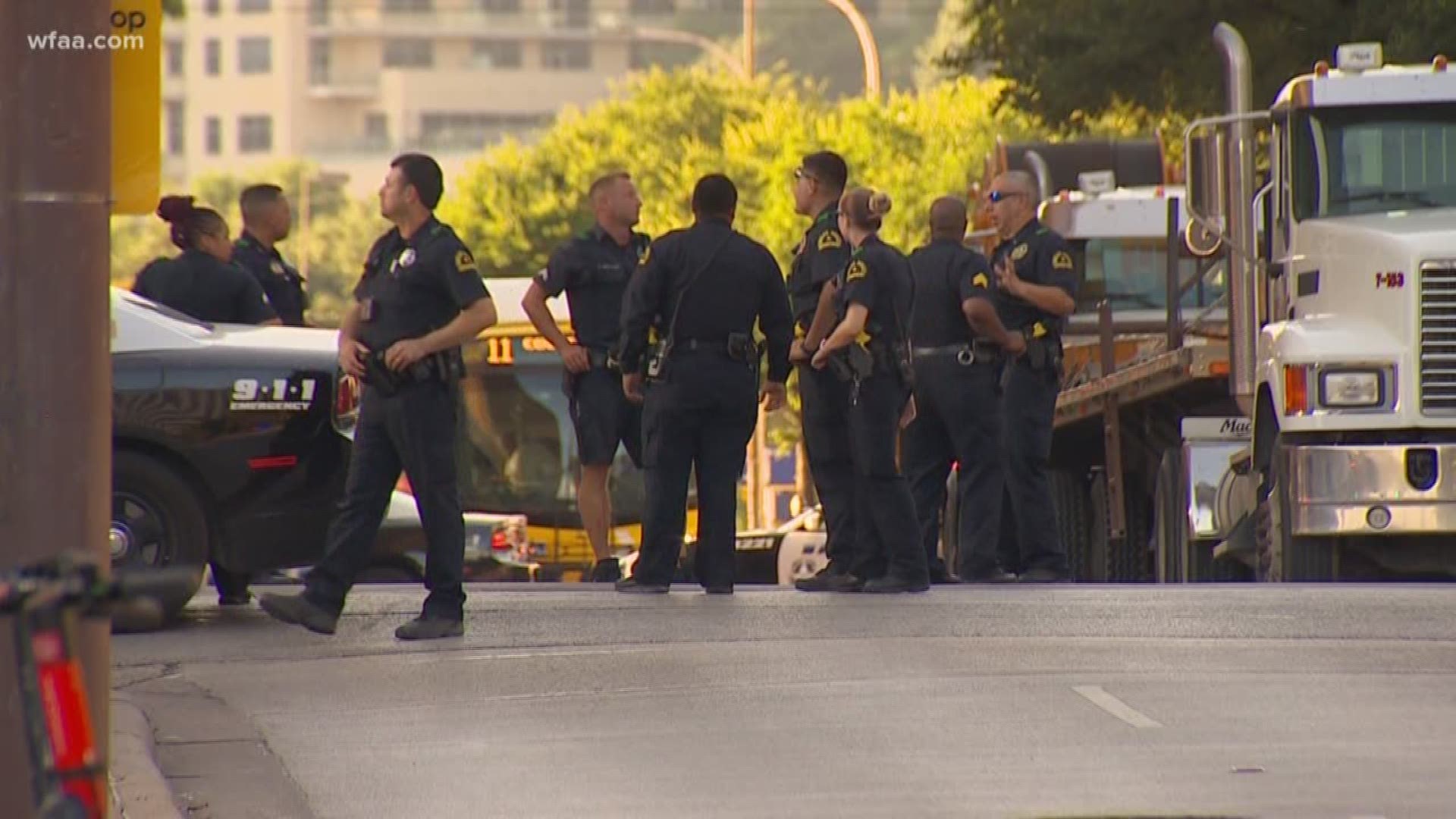 Editor's note: This story has been updated with information identifying the victim and one of the suspects.

A man killed Friday night in downtown Dallas was an innocent bystander who got caught in the crossfire of a shootout, police say.

DART police say they were first to respond to the scene when they received a report of shots fired at about 6:45 p.m. in the area of North Griffin and Elm streets. 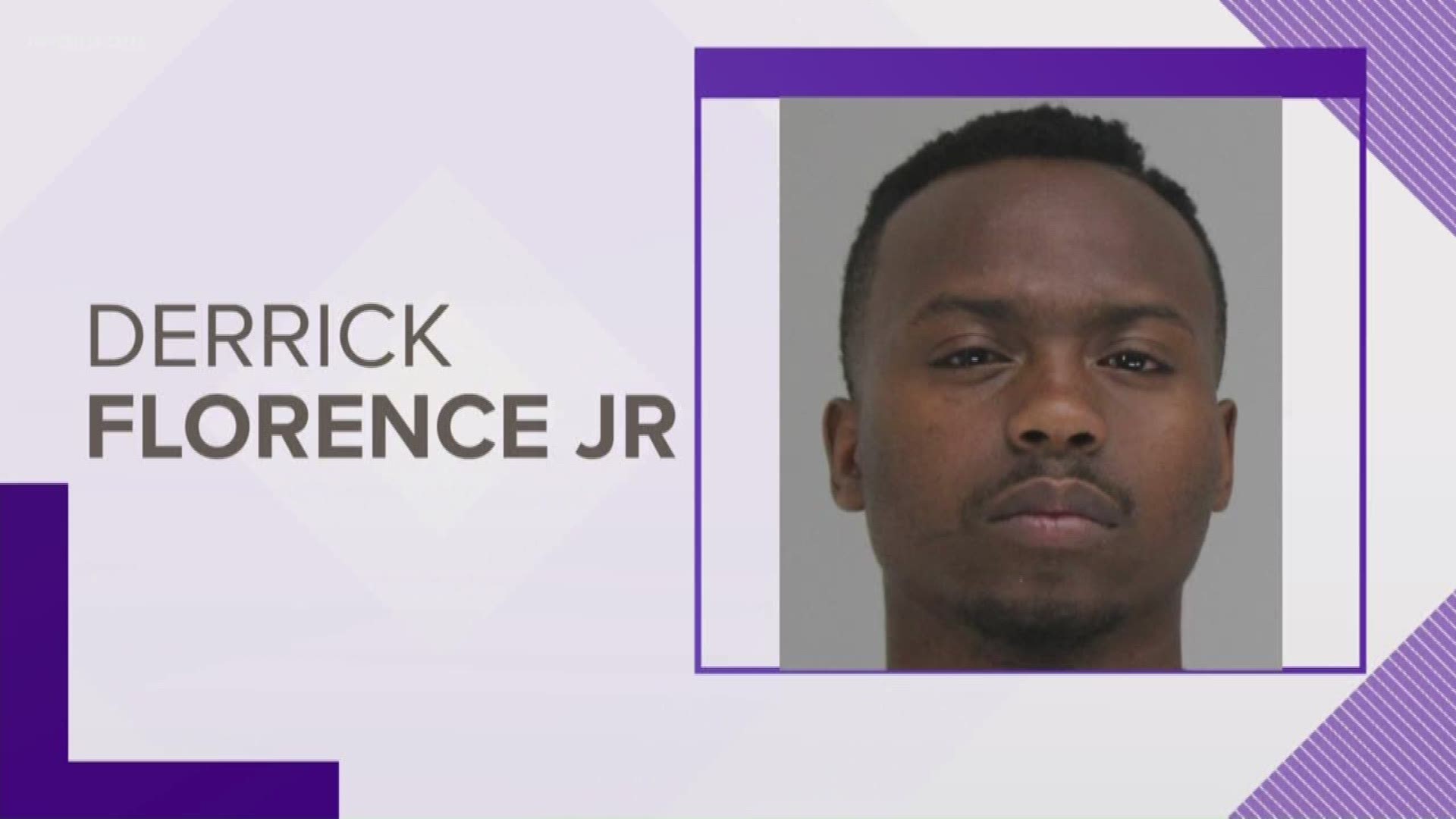 Upon arriving at the scene, officers found two people shot. One of the victims was identified as a 19-year-old man, who was taken to Baylor University Medical Center in unknown condition, said Sgt. Warren Mitchell.

According to police, he was part of two groups who exchanged gunfire. But police didn't identify him as a suspect in the case.

Credit: WFAA
One person was killed and another injured when two groups exchanged gunfire on July 12, 2019.

The second victim was an innocent bystander who was sitting at a bus stop when the gunfire erupted. He was pronounced dead at the scene. Police identified him Saturday night as 55-year-old Johnny Roland Glover.

"It's just a horrific and sad incident," Mitchell said.

"And when they reached the corner of Elm and Griffin, shots were exchanged between both groups," he said.

Saturday morning, police released the name of one of the suspects involved in the shooting. Derrick Florence, Jr., 24, has been arrested and is charged with manslaughter.

Credit: WFAA
Derrick Florence, Jr., 24, has been arrested and is charged with manslaughter

Investigators say there is still a second suspect at large. That person has not been identified.

Throughout Friday night, a large police presence could be seen in the area of the shooting, where a body on a bench was covered by a white sheet in front of the Homewood Suites.

Griffin Street was shut down in both directions between Main Street and Pacific Avenue as authorities investigated. 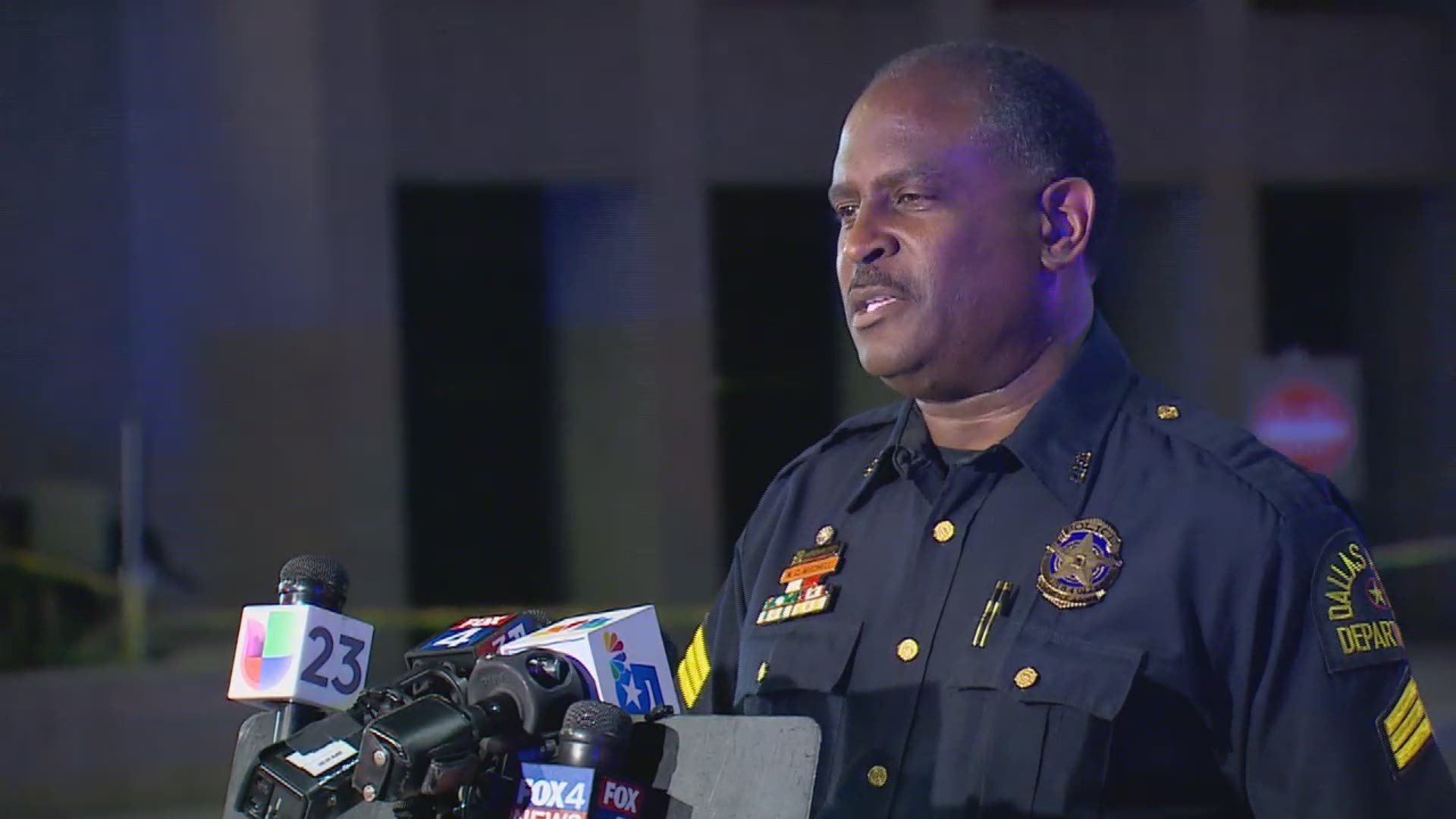