The Better Business Bureau says a company called Sports Media Marketing is scamming dozens of businesses across the country. 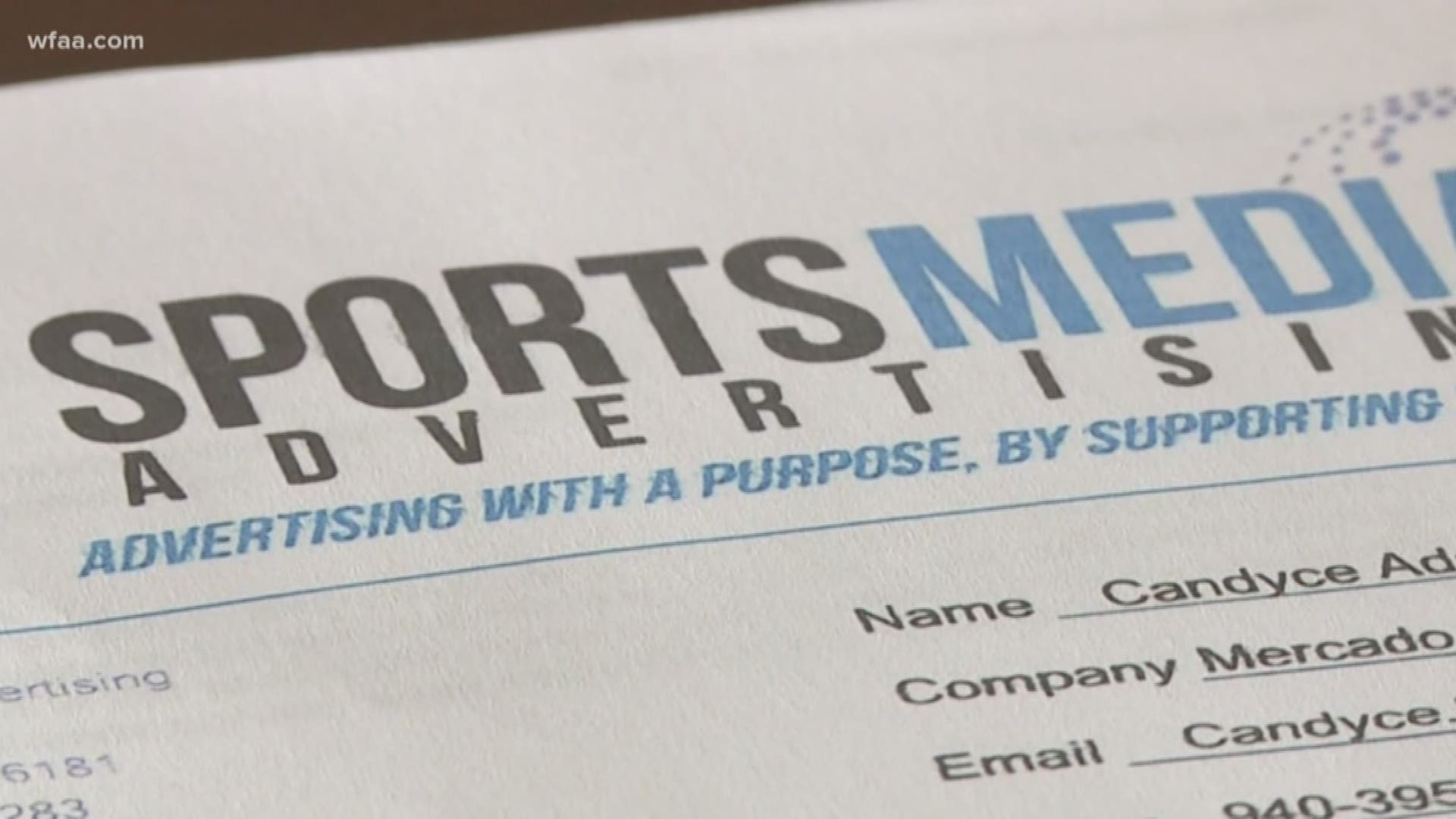 FORT WORTH, Texas — At least 72 customers have been scammed a total of $20,000 by a Fort Worth business, according to the Better Business Bureau.

A BBB investigation shows Sports Media Marketing sells T-shirts, banners and other items with the promise their logos will be displayed and distributed at local high school sports games. Complaints indicate the business never had partnerships with the schools, and customers could not reach the company for refunds.

Candyce Mercado is one of the victims. She and her husband own an insurance agency in Haltom City. Mercado received a call in 2018 from Sports Media Marketing asking her to sponsor the local school.

It was for the school her kids go to, and meant she was supposedly sponsoring her son's football team. Mercado said the woman on the phone was convincing, telling her she was a Haltom City alumni and excited to partner up.

For $1,010, Mercado said she was promised her logo on a banner, T-shirts, and mini football toys. Months passed. She said she never received any proof of products or updates.

Mercado then reached out to the school, who said it has never heard of the company or this contract.

So she took it one step further and approached her credit card company, Discover.

The company did eventually refund the money to Mercado, but she said still gets sales calls from them.

Amy Rasor is the regional director of Fort Worth's Better Business Bureau. She said customers across the country have been scammed by Sports Media Marketing.

"Playing on the emotions of supporting this high school team and then not following through is a big disappointment so we want to make sure that people are aware," she said.

WFAA reached out to Sports Media Marketing and did not hear back at the time of publication.

The Better Business Bureau has also made repeated attempts to contact the company, but have received no response.

Here are some tips from the BBB: