A huge beehive found in Celina, Texas was relocated to McKinney. A beekeeper estimates it carried 15 to 20 honeycombs and about 25,000 bees. 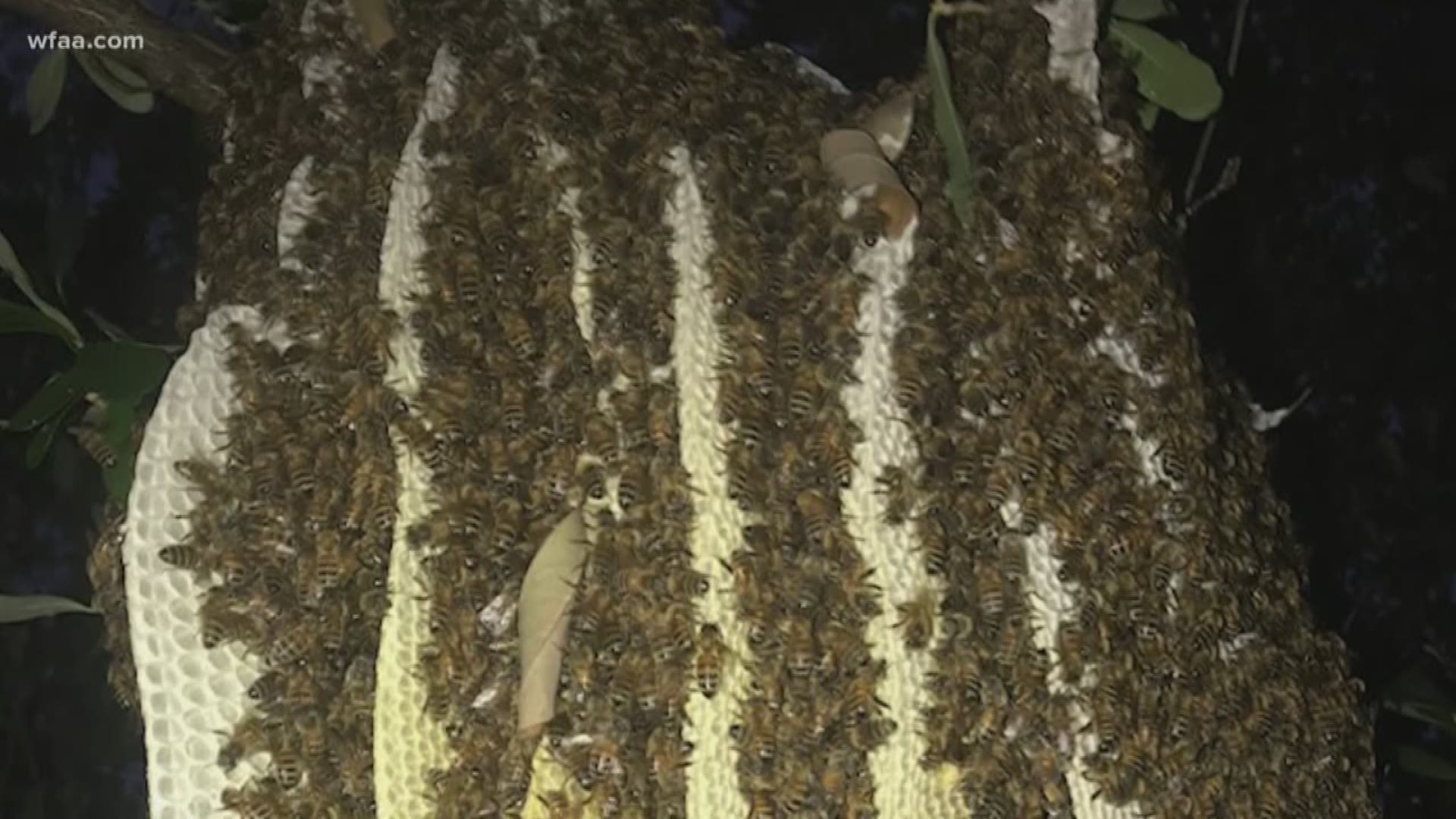 MCKINNEY, Texas — Carolyn Walker only has to take a few steps outside her home and into her backyard in Celina, Texas to witness the natural world.

Lucky for her, the next door neighbor has created a bit of a haven for all kinds of birds. The backyard is filled with different kinds of trees and there's plenty of activity happening.

But Walker said she would have never suspected what she witnessed when the neighbor decided to trim the trees back off her property.

There was a massive beehive clinging onto one of the trees.

That's when Walker said she enlisted the help of Rainey Rogers, a beekeeper by hobby. Rogers has been into beekeeping for close to 13 years and has 15 beehives.

Rainey also happens to be the mayor pro tem for the city of McKinney.

"Nobody that I know of has seen a hive this big," Rogers said. "This was really a treasure in beekeeping."

The hive was so big, Rogers came out twice and enlisted his son, Will, to help remove the hive from the tree and relocate it to his backyard in McKinney.

Rainey said he doesn't charge to relocate the bees.

"I enjoy nature," Rainey said of why he enjoys beekeeping. "I'm an outdoorsman and I love to stay busy."

He does take pride in relocating the hive to his property. Rogers said he would not remove a hive if he could not save it.

On his 1.5-acre property in McKinney, Rainey took the hive and cut the honeycomb and put them in frames.

"There were probably 15 to 20 different honeycombs," he said.

He estimates the hive found in Celina has about 25,000 bees. He said the hive must have been on the tree for at least a month before it was discovered.