With power out and people's guard down after the recent storm in Dallas, thieves took advantage of shops and restaurants. 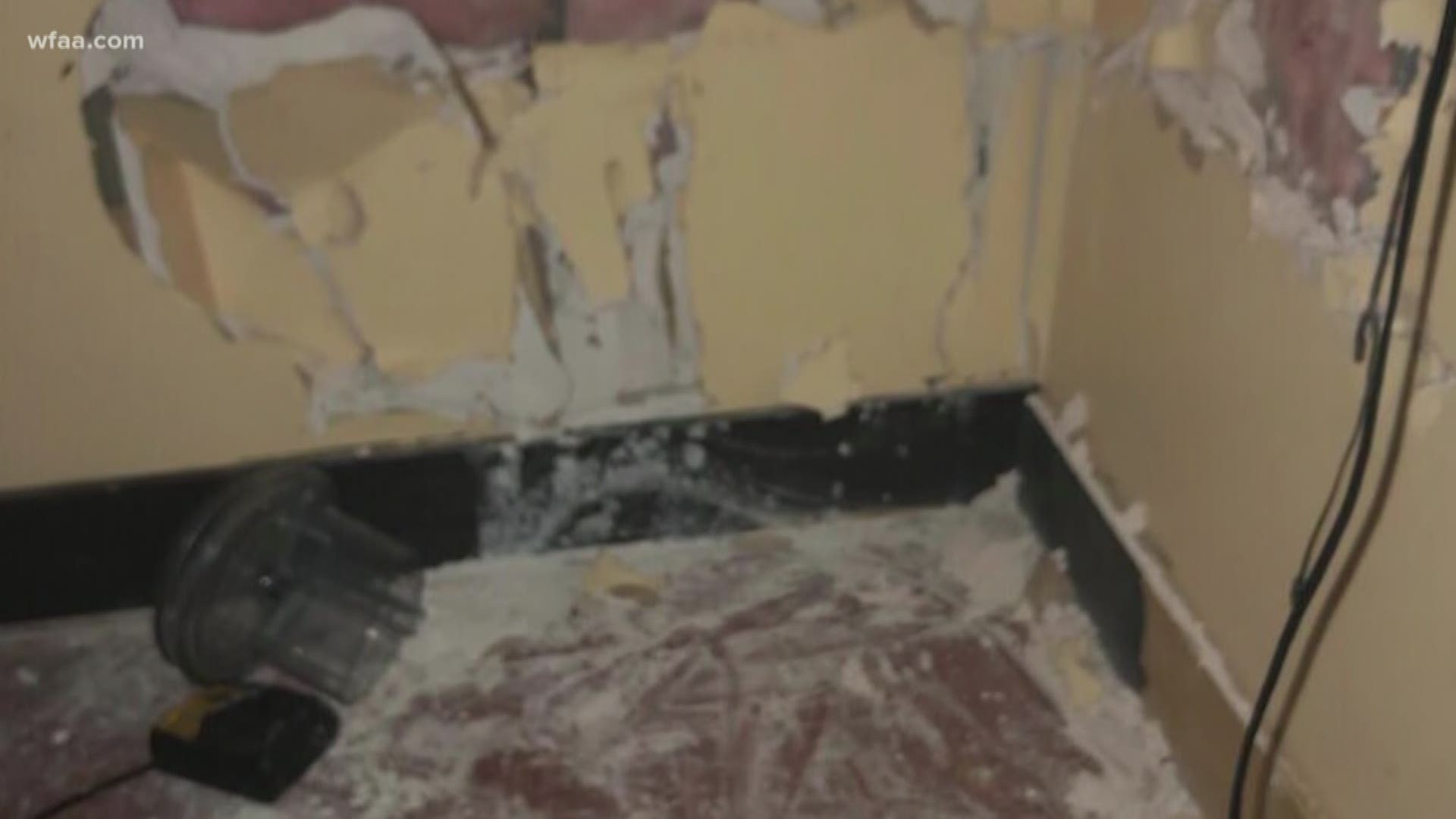 DALLAS — As the storm rolled through Sunday, shops and restaurants were still open.

Todd Garton, the director of operations with Cane Rosso, recalled getting a phone call from one of his employees during the storm.

"I can tell from her tone it was pretty hectic," he said.

Garton said the storm passed over within minutes, and soon after that, the power was out at their Lakewood location. What they didn't realize is that just created an opportunity for thieves to move in on establishments while the guard was down.

The power was out so there was no surveillance of the thieves who came in and ripped out a safe bolted to the ground at the Cane Rosso.

Garton said the thieves had jimmied the door to get inside. There was money inside that safe and the thieves used their pizza dough trolleys to wheel out the safe.

Other places got hit too. Thieves broke into the Bahama Bucks off Abrams Road. The thieves smashed through the front glass door and took money and equipment from inside.

At Cane Rosso this is the fourth break-in this year and the second time the safe's been taken. On Wednesday the pizza restaurant was back open.

"Get everything fixed and go on with business," Garton said. "There's bad people in the world who do bad things."