"I don't think I even realized how dangerous a situation it was when it was happening. It's just overwhelming." 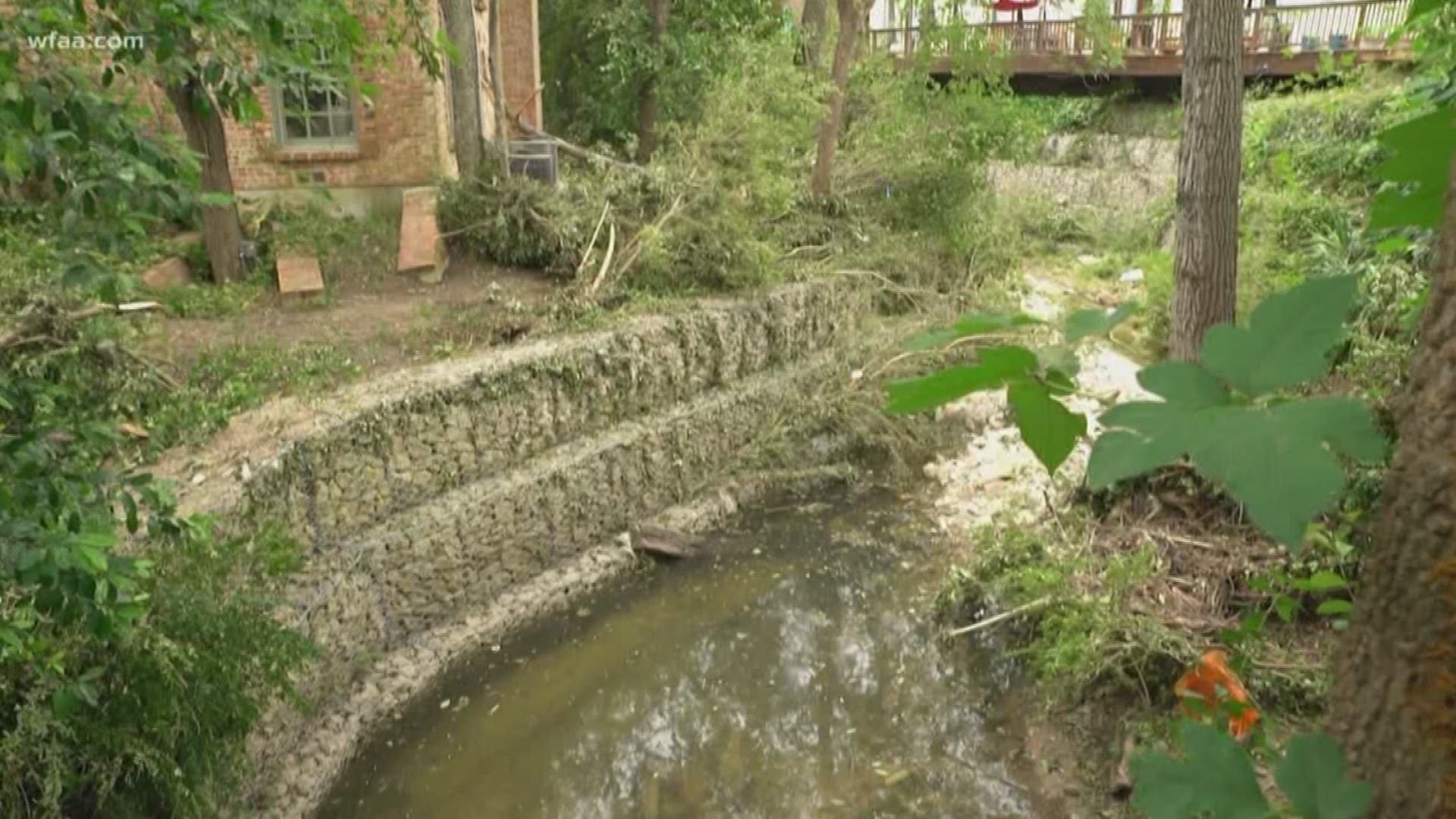 DALLAS — Danielle Shermer admits she still gets emotional and her mom admits she sometimes has difficulty sleeping when they think back to the storms that raked Dallas this past weekend, turning their normally quiet backyard creek into a raging torrent that threatened to crash through the windows of their Lake Highlands home.

"Every night I kind of cry a little bit. Because I just can't, it still hasn't hit me," Shermer said. "We didn't know what to do. Do we move furniture, do we try to get out? And once we realized we couldn't get out, what do we do next, I don't know."

Shermer, her husband and their two young children, along with Shermer's mom, had retreated to the lowest and safest part of their home near the corner of Whitehurst Drive and Greenville Avenue when trees began to fall on the house and hail began to pummel the roof.

That's when they saw that Richardson Branch, which normally makes a meandering right hand turn past their home, was now a full-fledged rapid lapping against their windows, washing away backyard furniture and potted plants, and filling their garage with two feet of water.

"We could hear the trees hitting the house. We could hear the hail hitting," said Shermer's mom Vedah Daboub. "And then I opened the door to Finley's room (her 2 1/2-year-old grandson) and looked out and we saw that water coming. And I said, 'Oh, my God.' I'm 72 years old and I've never been this frightened."

Today the creek is back to its quiet self. The house is mostly intact. The front door is blocked by downed trees and the three air conditioner units on the creek side of the house are toppled and ruined. But Shermer is still troubled by those scary moments standing in her son's room.

"Just looking back and watching that video," she said of the frightening moments she captured with her cell phone camera. "I'm just very grateful. Because I don't think I even realized how dangerous a situation it was when it was happening. Because you're just in shock. It's just overwhelming."

It was overwhelming too for her mom, whose small forest and gardens got washed away. Her windows used to provide scenery and shade. Now the trees are gone.

"And it breaks my heart," Daboub said.

But her broken heart also got a good laugh these two days after the storm. Her FEMA flood insurance renewal letter arrived in her mailbox on Tuesday.

"The irony of everything," Daboub said. "Amazing," she laughed.

A much needed laugh after a scary weekend when they thought everything else was about to be washed away.

"It was just the craziest thing," Shermer said.