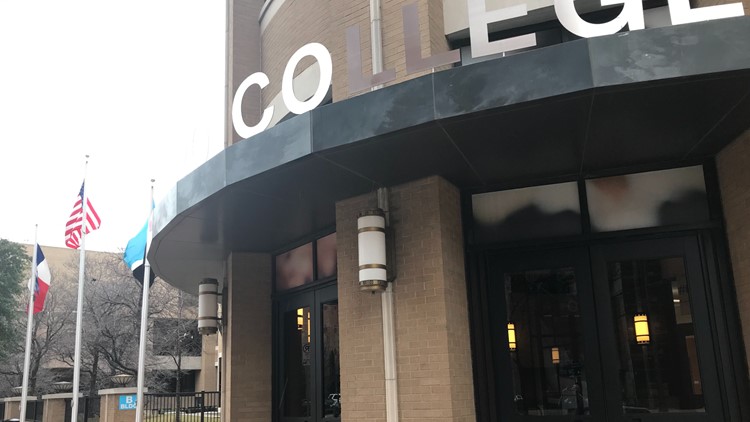 DALLAS — The Dallas County Community College District is consolidating its seven colleges into one educational institution in an effort to increase graduation rates.

Under the current system, each of the seven campuses are individually accredited colleges. Students must take 25% of their courses from the college awarding them a degree.

The community college district had 2,000 reverse transfer students apply during the past couple years, with only 262 getting a degree. Less than 15% of these students were able to graduate from the school they attended.

"We were actually hurting students," Chancellor Joe May said. "We were keeping students from getting the degrees that they had earned."

The restructuring is the biggest change in the 54-year history of the community college district.

The change is expected to be finalized by the fall semester. DCCCD is applying for accreditation of all seven campuses under one college in March.

Of the 82,000 currently enrolled this school year, about half are looking to transfer.

May and his staff want to see more students be able to graduate from their colleges.

"We realized that we need to always do a better job of making sure that students get the same experience regardless of which of our campuses they attend," May said.

Each of the seven campuses are currently individually accredited through the Southern Association of Colleges and Schools Commission of Colleges, which certifies institutions and allows them to give out degrees.

May said his board is working to figure out the new system of names for each campus. He expects the current college names, such as Brookhaven and El Centro, to be incorporated.

There are not expected to be many changes to the staff at the seven locations, said Carlos Martinez, the president of the district's faculty association.

"This may bring more consistency across the district," Martinez said.

While Martinez is excited for the change, he hopes school leadership clearly explains what the changes will affect before the beginning of the fall semester.

The tentative new names for the schools are: