An initiative designed to bring more resources into schools that need them most is expanding across Dallas ISD in 2020-2021 school year. 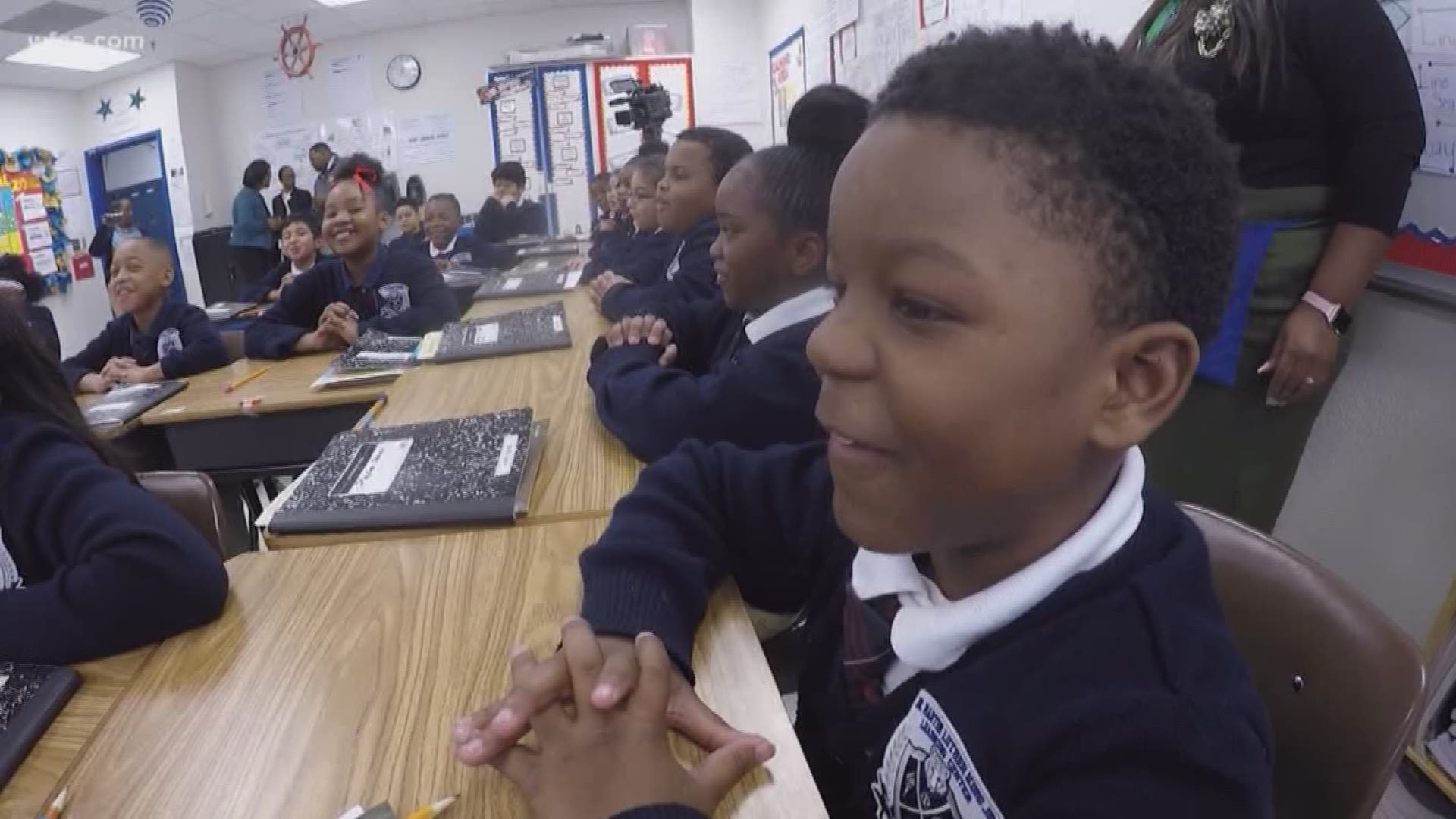 DALLAS — Dallas Independent School District announced it is expanding a program that is producing academic gains across some campuses.

The Accelerating Campus Excellence, or ACE, program will be introduced into eight additional campuses for the 2020-2021 school year.

The ACE program offers additional resources to schools that are struggling academically or in jeopardy of being placed on the state’s Improvement Required list. It also offers incentives to some of Dallas ISD’s best teachers and principals who volunteer to move to campuses where their skills and attention are needed most.

"When students walk through the door here they are excited and ready to learn,” said Romikianta Sneed, Principal at Martin Luther King, Jr. Learning Academy.

Sneed has lead the campus in South Dallas for two years. She says the students, staff, and campus have experienced tremendous gains under the ACE initiative.

"The culture is everything,” Sneed said. “We begin and end with the climate and culture."

Sneed explained the culture, under the ACE program, celebrates, encourages, and nurtures the entire child. Her campus is among a group of about a dozen schools currently under the ACE plan, which Dallas ISD launched in 2015.

Shatara Stokes, Director of ACE Schools for Dallas ISD said, "Shockingly, they all had a lot in common. In terms of historical performance, and how many years they were previously IR. We took a look at the density of poverty in the areas they are located in."

Stokes said the school district is bringing the best leaders and teachers to the areas that require the most support. She says ACE schools offer social emotional learning time, along with intense instructional programming that is getting interest from other school districts from across the state and from across the country.

Stokes explained, "If we set up an environment for students to be successful, they will be."

Dallas ISD says parents should expect more details about the ACE expansion to be released soon.

Fort Worth school board and city council approve anti-vaping resolutions

‘She feels like a mom’: This school secretary collects food to feed hungry students