Musician and sound engineer Jeff Saenz lost his left hand and the majority of his right arm following a downed power line incident in June. 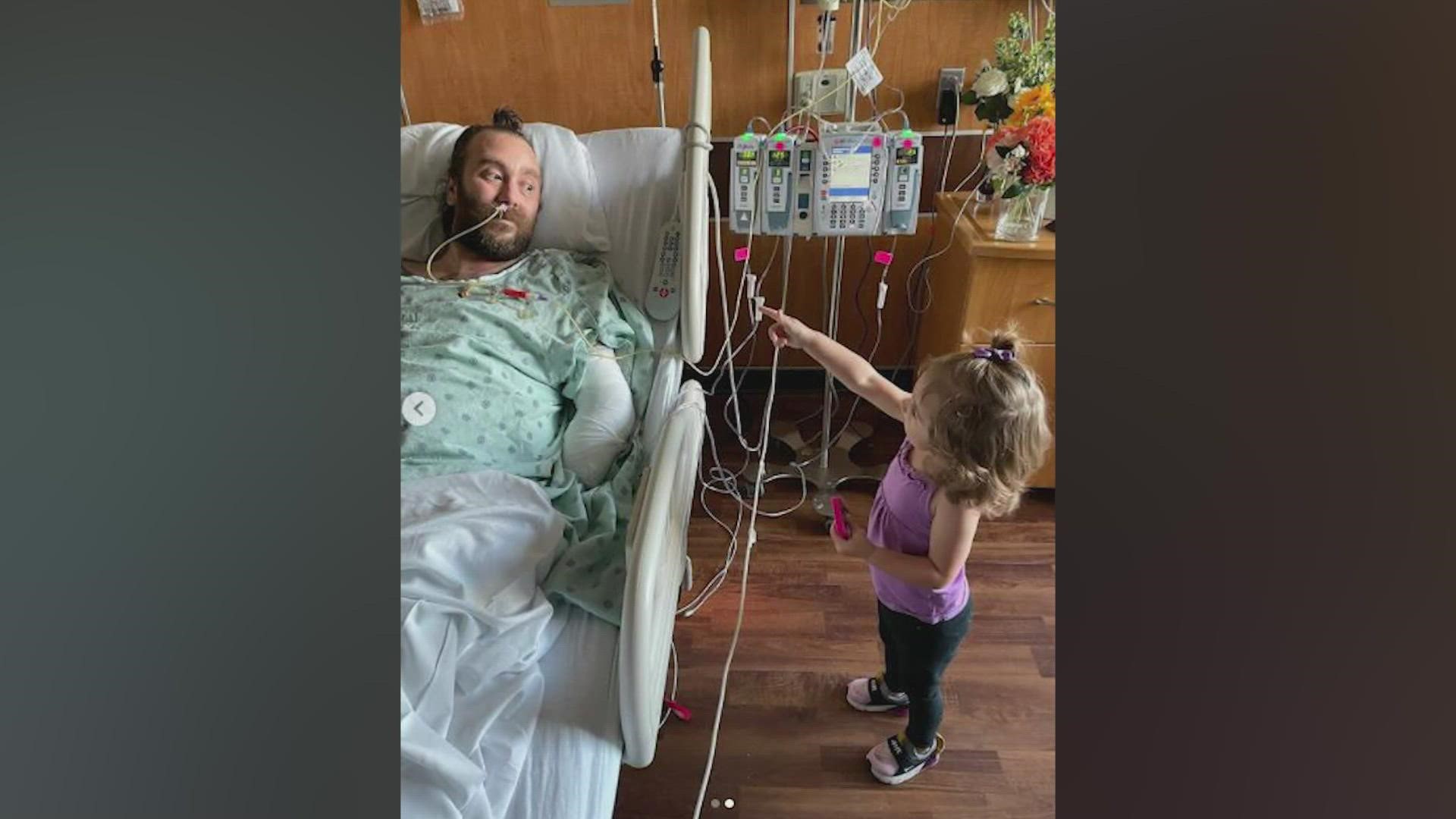 DALLAS — The Dallas music community came together this week to raise funds for one of their own at Dallas Granada Theater.

Musician and sound engineer Jeff Saenz is recovering after he was shocked by a downed power line in early June.

“This was just a regular night, a beautiful night. There’s no crazy storm blowing through town,” Saenz said. “There were downed power lines that were not specific to our home by any means, that had fallen into our front yard.”

Saenz home lost power and he walked out to see what was going on. Through the darkness of the night, he didn’t see the downed power line in his front yard.

“I just walked out my front door and our life changed,” Saenz said. “I walked out the front door, and that’s the last thing that I remember until I woke up in the hospital 11 days later.”

His girlfriend Monica Cooper was inside the house at the time.

“I was standing by a window that overlooks the yard and I saw a giant, orange flash of light,” Cooper said. “I started calling for Jeff because I was worried about it, I didn’t know what had happened. And when he didn’t respond, I ran out the front door and that’s where I found him, and he was laying on the ground in flames, and there was a power line on top of him.”

Monica and her neighbors were able to get him out. Emergency responders rushed him to Parkland Hospital.

Saenz lost his left hand and the majority of his right arm. He had 11 surgeries and spent 10 weeks in the hospital.

That’s why his friends knew they needed to do something to help.

“We knew what we could do to help,” neighbor and friend Ric Bowden said. “A lot of great artists for a good cause.”

“Everyone is coming together unselfishly giving their time, giving their talents, giving everything that they can give,” organizer Tim Menchu said. “He (Jeff) understands what he’s receiving. I sat down with him last week. And he said he can’t wait to pay it forward.”

Saenz is in the early stages of a long road to recovery. He hopes to get prosthetics, so one day he may be able to produce more music.

If you are interested in helping, you can make a donation at https://www.jeffsaenzrecoveryproject.com/.