It’s no secret the Dallas region is benefitting from California companies looking to move out of state. But Schwab’s shift to DFW is a big one. 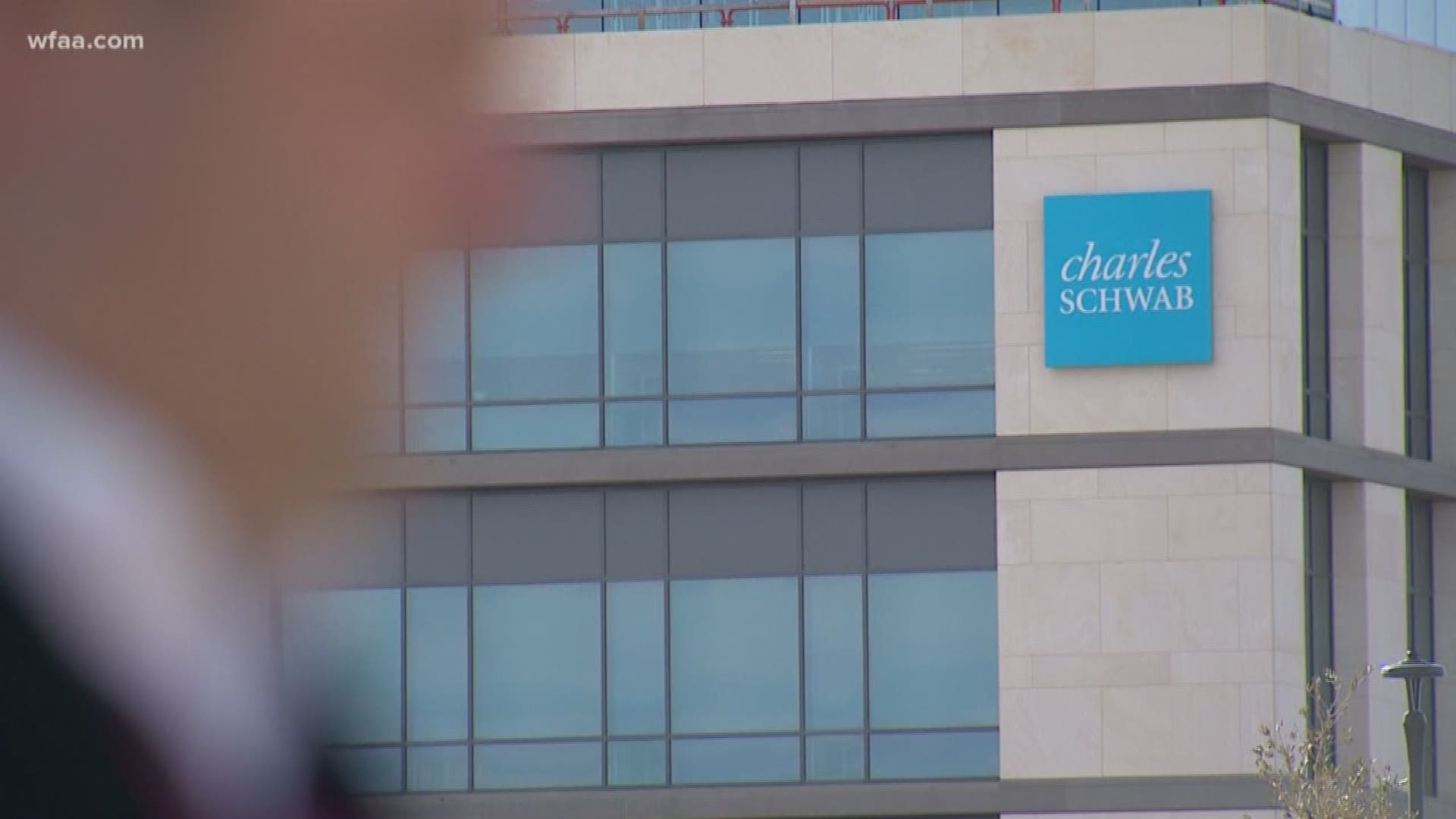 It’s no secret the Dallas region is benefitting from California companies looking to move out of state. But Charles Schwab Corp.’s shift to North Texas is a big one, showcasing the ongoing changes in the region.

The retail brokerage said Monday in a news release it’s acquiring rival TD Ameritrade Holding Corp. (Nasdaq: AMTD) in a deal valued at about $26 billion, a massive tie-up for the financial-services industry. As part of that, it will shift its corporate headquarters from San Francisco to its new campus in Westlake. The agreement is subject to customary closing conditions, it said.

A headquarters relocation from Schwab (NYSE: SCHW) even without the merger would bring heft to North Texas. The company boasts a market valuation of more than $60 billion, putting it ahead of local names such as Southwest Airlines, Kimberly-Clark, D. R. Horton and Energy Transfer.

All told, it will be the fourth-largest by that measuring stick, trailing only Exxon, AT&T and Texas Instruments.

RELATED: 660 companies moving facilities out of California with many bound for Dallas-Fort Worth

While Dallas has long been known for its ties to energy, air travel and commercial real estate, the addition of Schwab shows the region is further diversifying. North Texas is adding more finance, tech and health care, among other sectors, making it among the most dynamic economies of its size in the U.S.

The new relocation follows a similar move by San Francisco’s McKesson, a massive company that supplies pharmaceuticals and other health care-related items.

And North Texas is adding a major hub for San Francisco-based Uber, the company announced earlier this year. A site near Deep Ellum is set to be the largest office outside of the headquarters for the ride-sharing service.

Unlike some of the quieter companies in the region, Schwab is a more well-known consumer name that’s acquiring a recognized brand name as well. The San Francisco company placed among the top 50 companies on the 2019 "World's Most Admired Companies” list by Fortune.

Schwab is also a key player name in the financial services industry as a retail brokerage. With the merger, the company will have over $5 trillion under management, putting it among big industry players such as J.P. Morgan and Vanguard, Schwab said in a presentation for investors discussing the acquisition.

For Schwab, Dallas isn’t an unknown. A spokesperson on Monday said the company has about 2,400 workers in the region. At the same time, a spokesperson for TD Ameritrade said there are about 2,000 of its folks in Southlake, located about eight miles away from Schwab's Westlake campus.

Schwab said the “vast majority of San Francisco-based roles, however, are not anticipated to be impacted by this decision" in the news release.

The Dallas region has been ramping up financial services positions with companies such as Capital One and Fidelity, but the headquarters have remained elsewhere.

“Both companies have a sizable presence in the Dallas-Fort Worth area," Schwab said on its FAQ site in regards to itself and TD Ameritrade. "This will allow the firm to take advantage of the central location of Schwab’s new campus as the hub of a network of Schwab branches and operations centers that span the entire U.S., and beyond."

The Dallas Regional Chamber has worked with Schwab for a while, according to the local entity.

"Our team at the DRC has been in contact with Charles Schwab for a few years and has encouraged the company to grow here,” said Dale Petroskey, president and CEO of the Dallas Regional Chamber, in a statement.

There are many companies making decisions like this one – or at least moving out jobs from California.

RELATED: Beyond the Uber ride: Silicon Valley stepping up presence in Dallas area

Some 660 companies moved 765 facilities out of that state in the past two years, and Dallas-Fort Worth has been the beneficiary of many of the relocations, according to a recent report. They involve corporate headquarters, manufacturing facilities, data centers, research hubs, software and engineering centers and a few warehouses, according to business relocation expert Joe Vranich, president of Spectrum Location Services.

Others making the move from California to the Dallas area include Core-Mark Holdings Co. (Nasdaq: CORE), a distributor for convenience stores and a Fortune 500 company, and Chip 1 Exchange, a distributor of electronic components.

With Schwab and TD Ameritrade, the newly combined company would have around $17 billion in annual revenue, Schwab said on a slide during an investor presentation. That would put Schwab at the No. 10 spot locally, according to Dallas Business Journal research, for public companies ranked by revenue.

Investors seemed to like the Schwab's intentions – though the deal itself was not a shock after Fox Business and others reported on the expectation before it was announced Monday. Shares of the company climbed about 1.5 percent in late trading on Monday.

"We believe the combination of our two great companies positions us to be competing and winning in the investment services business for the long run — the very long run," Schwab CEO Walt Bettinger said in a prepared statement.