Another Snapchat-related arrest: Fort Worth man accused of kidnapping, raping girl he met on app

A girl ran into a KFC restaurant Tuesday and told an employee that she was being held against her will. 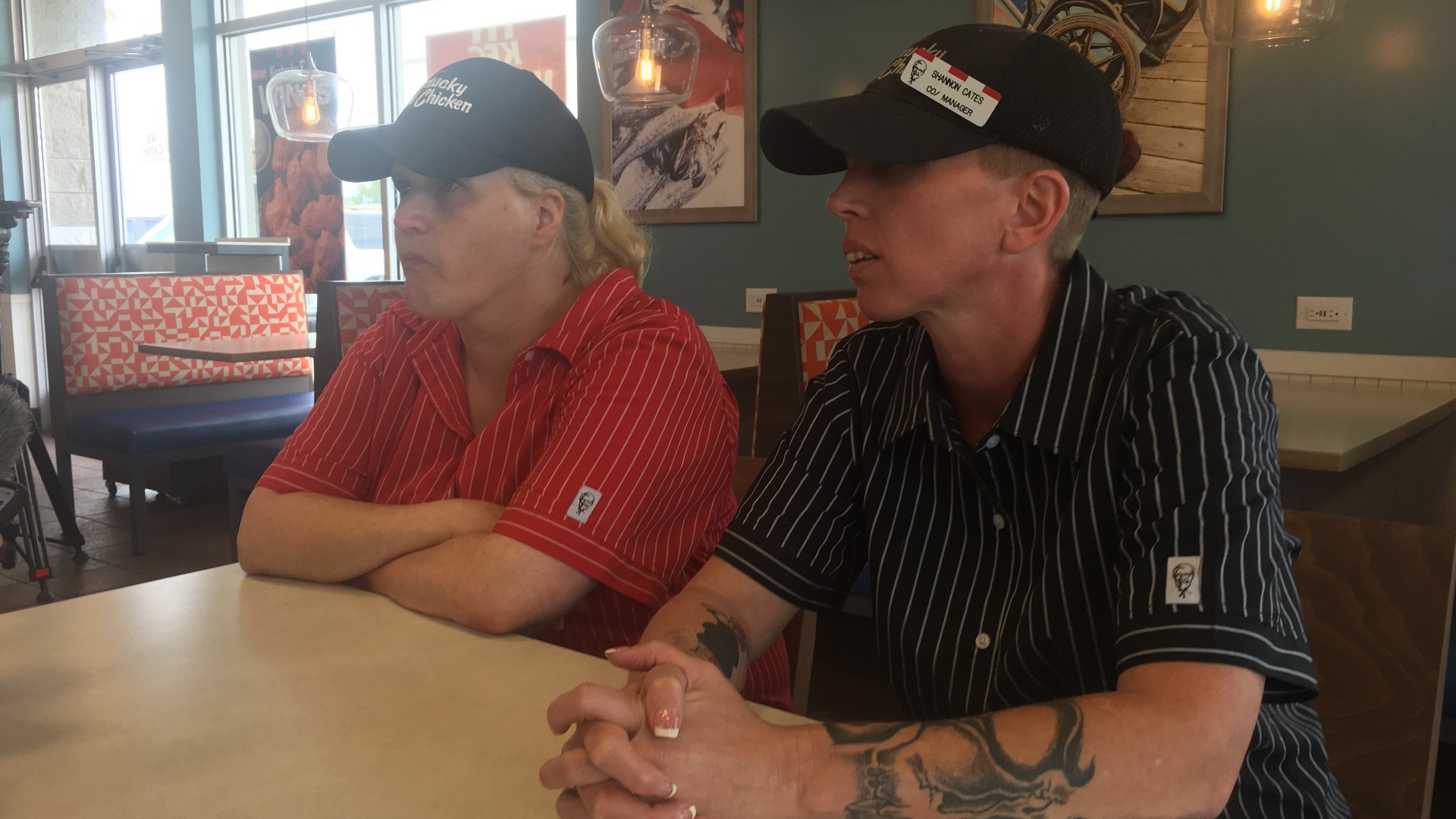 AZLE, Texas — Police have arrested a 24-year-old man who allegedly kidnapped a girl and forced her to tell her family she was with friends.

Diamond Marquis Williams, of Fort Worth, faces charges of aggravated kidnapping and aggravated sexual assault of a child.

Just before 9:30 a.m. Tuesday, Azle police officers were called to a Kentucky Fried Chicken restaurant in the 600 block of Boyd Road in Azle.

An employee told the 911 dispatcher that a girl had run into the restaurant and said she was being held against her will.

RELATED: Whisper, Snapchat, Ask.fm, others among apps Grapevine-Colleyville ISD is warning parents about

Police said the girl was able to escape when Williams went inside a pawn shop next to the restaurant and left her alone inside a car.

Williams was arrested at the scene.

Lynci Cedillo is the co-manager who saw the girl walk into the store before it opened.

"She looked up and I saw all the blood," Cedillo said. "She said, ‘Help me. Please help me.' She kept looking and said, ‘Please, let me back there.’ I said, ‘Come to me,’ and she ran right into me.”

Credit: David Goins
Co-managers Lynci Cedillo and Shannon Cates helped rescue a Fort Worth girl who had been kidnapped by a man she met on Snapchat.

Cedillo then called 911 while her co-manager Shannon Cates locked the doors and kept the girl hidden in the back office.

“I mean we really didn’t do anything special," Cates added. "We were just two moms and we did something we would hope some other mom would do for our children.”

The girl was taken to Cook Children's Medical Center for evaluation and later reunited with family. Family members had last seen the girl five days prior, but authorities said she wasn't listed as a runaway because Williams made her call her parents and say she was with friends.

Williams is being held in Tarrant County Jail. His bond has been set at $100,000.

This is at least the third recent arrest in the North Texas area involving Snapchat and allegations of aggravated sexual assault of a child.

In February, a 22-year-old Plano man was arrested on a charge of continuous sexual abuse of a child. Police said they linked Dontarious Scott to at least nine victims, all between 10 and 15 years old.

He met his victims on Snapchat, authorities said.

On May 17, a warrant was issued for 24-year-old Taylor Blake Craft, of Forney. Authorities said he used Snapchat to talk with underage girls and solicit nude photos, which he would later threaten to share if they didn't have sex with him.

Craft was charged with 16 felony charges.