Timeline: Here's how the July 7 police ambush in Dallas unfolded

Five years ago, on July 7, 2016, 12 officers and two civilians were shot, and five of those officers died after a gunman opened fire during a protest. 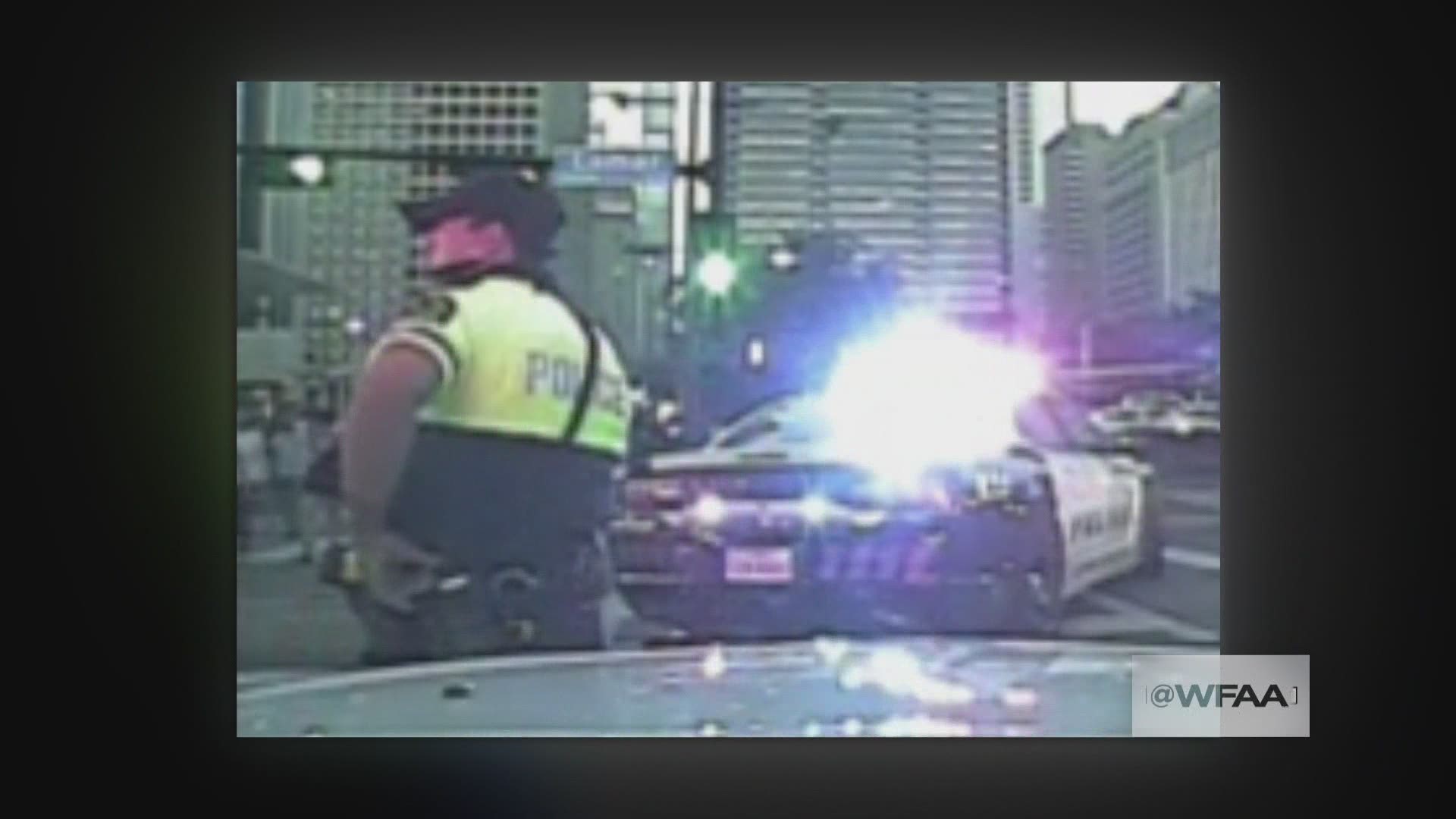 Five years ago, what started as a protest for peace was interrupted on July 7 with deadly gunfire that left five officers dead.

The night began with protesters gathering at a downtown Dallas park and then marching through the streets following two officer-involved shootings that led to the deaths of Alton Sterling, 37, in Baton Rouge, Louisiana and Philando Castile, 32, in Falcon Heights, Minnesota.

It ended abruptly when shots were fired, striking 12 officers and two civilians. Five of those officers were killed.

The suspect, Micah Xavier Johnson, was killed in an explosion, ending an hours-long standoff following the shooting.

Here's how the night unfolded:

7 p.m.: Crowd of protesters gathered to demand change in the wake of two-officer involved shootings. The protest began at the Belo Garden Park off Main Street in downtown Dallas.

8 p.m.: Nearby El Centro College placed on lockdown as precaution.

8:23 p.m.: Police posted video as a mass of people marched eastbound on Commerce Street through downtown.

RAW VIDEO: Our cameras captured the panic after the first shots were fired in downtown #Dallas Thursday nighthttps://t.co/JXcapjFIHv

9:35 p.m.: Police warned people to stay away from downtown as they searched. At least one officer reported down.

9:41 p.m.: Police cleared out the Bank of America building, the tallest skyscraper in Dallas.

10:29 p.m.: Chief David Brown reported 10 officers were shot. He said three of those officers have died.

10:44 p.m.: Dallas police and ATF officers expanded their perimeter as their search for the suspect continue.

11:36 p.m.: Family identified one of the wounded DART officers as Misty McBride. She suffered a non-fatal wound to the shoulder.

12:34 a.m.: Dallas police said they were continuing negotiations with suspect inside the college.

1:15 a.m.: Students and staff remain inside the locked down El Centro College as the standoff continued nearby.

3:06 a.m.: Suspect confirmed dead after standoff with police. Chief David Brown later said the suspect, identified as Micah Xavier Johnson, was killed in an explosion. This marked the first and only time police used a robot to kill someone.