As the city prepares to reflect on the tragedy of that night, both families want people to mark this day by remembering their sons who died as heroes. 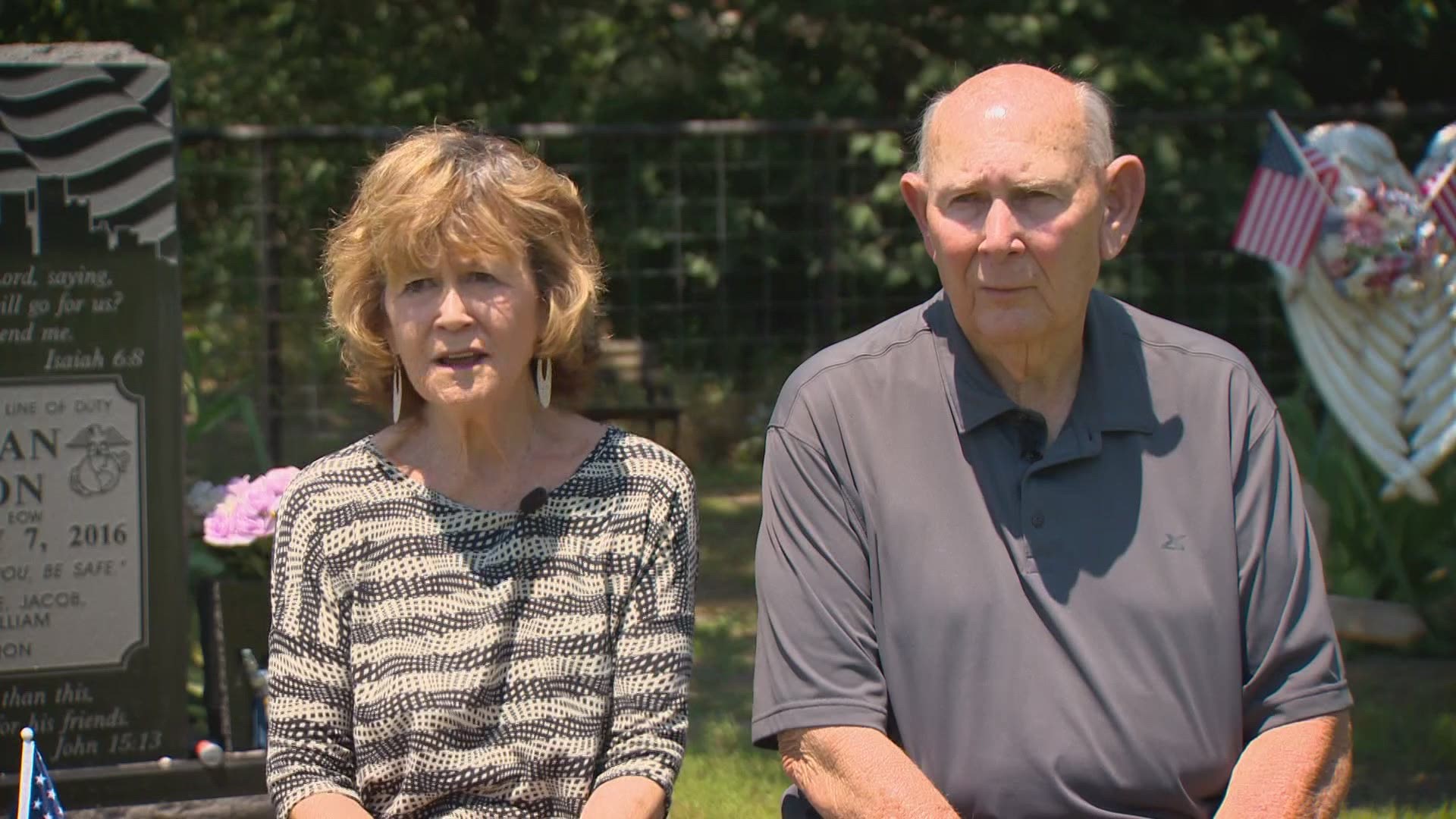 DALLAS — It was one tragic night, but it's left a lifetime of pain.

Five years ago, a night of peaceful protest in Dallas was shattered when a gunman opened fire, ambushing and targeting the police officers there to protect the crowd. Five were killed.

Paulette and Sam Thompson were at their home in Corsicana watching the events of July 7 unfold.

"They started talking about the shooting, I started texting Brent, 'are you safe?' and I kept texting, texting," Paulette recounted.

Eighty miles away in Fort Worth, Valeria Zamarripa was watching, too.

The mothers of Brent Thompson and Patrick Zamarripa said they searched the television hoping to see their sons were safe - but knew in their hearts they were gone.

"It’s kind of like your motherly instinct kicks in," Valeria said.

"Then, they mentioned the DART officer, and we kept seeing him shoot him behind the pillar, and I knew it was Brent," Paulette said. "I just knew it.”

Videos captured the last moments of their sons' lives. Five years later, in newly released video, the public can now see the heroism they displayed.

In one of the videos from inside Patrick Zamarripa's cruiser, the officer and Navy veteran is listening to a Rangers game as the protest goes by. Then, he hears the gunfire. Within seconds of leaving his car to run towards the gunfire, he was shot. Fellow officers frantically tried to save him, but they, too, were being shot at.

Just feet away from where Officer Zamarripa had been shot, Brent Thompson, the DART officer, engaged the shooter, Micah Johnson. Thompson shot and wounded him, and forced Johnson inside El Centro College.

"They were all heroes that night," Valeria agreed.

Remembering the officers killed on 7/7

Brent Thompson’s brother Darryll said he holds on to his brother’s courage.

"You remember what he did and the importance of the actions he took and how many people helped," he said. "That’s the thing you don’t want to forget about that night.”

It is a night the families and survivors won’t forget. Valeria recalled the moment she got the word on her son at Parkland.

"I remember walking in that room and seeing people, and Christy, my daughter-in-law said, Patrick had been shot and he died," she recalled. "I wanted to scream. I wanted to fall on my knees, but I saw Lincoln, his daughter.”

Brent Thompson was taken to Baylor. His father remembered walking into the hospital and hearing a clapping noise as he walked by officers.

"And what they were doing, as we walked by - they were snapping their heels together. That was the sound," Sam Thompson described. "It wasn’t eerie, but the sound - and I hear that sound all the time - and how those people were reaching out to us, by saluting us when we went by.”

The last five years have been rough for the Thompson family. Brent’s brother, Lowell, died of pneumonia, and his 19-year-old son William died by suicide a year after his father’s death.

"He couldn’t live without his dad," Sam explained. "They were inseparable.”

All three - Brent, Lowell and William - are buried at the family’s cemetery.

"Their physical bodies are here, but they are in heaven," Sam added. "All of them, together.”

There’s a statue honoring Brent in downtown Corsicana. His family said it’s a reminder of his sacrifice.

For Valeria, she said she takes comfort in the last words her son spoke to her: "Our final words were, 'I love you mom.'"

As the city prepares to reflect on the tragedy of that night, both families want people to mark this day by remembering their sons who died as heroes. 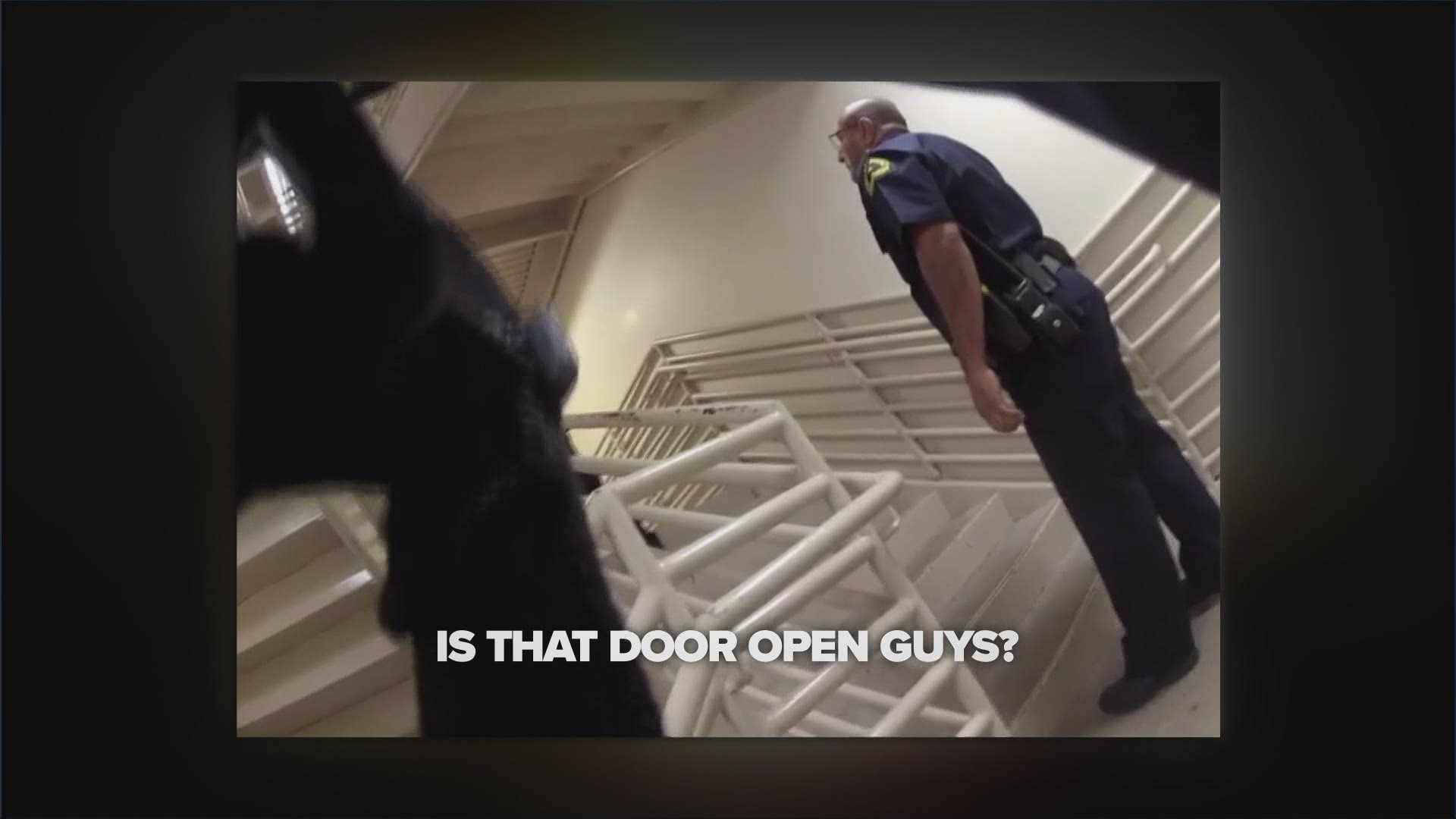