‘That’s what we do. We run toward the bullets’: Former DART police officer reflects on 7/7 attack in Dallas

Misty McBride was shot in the arm, shoulder and stomach on July 7, 2016. After multiple surgeries she returned to duty, but left DART in 2019. 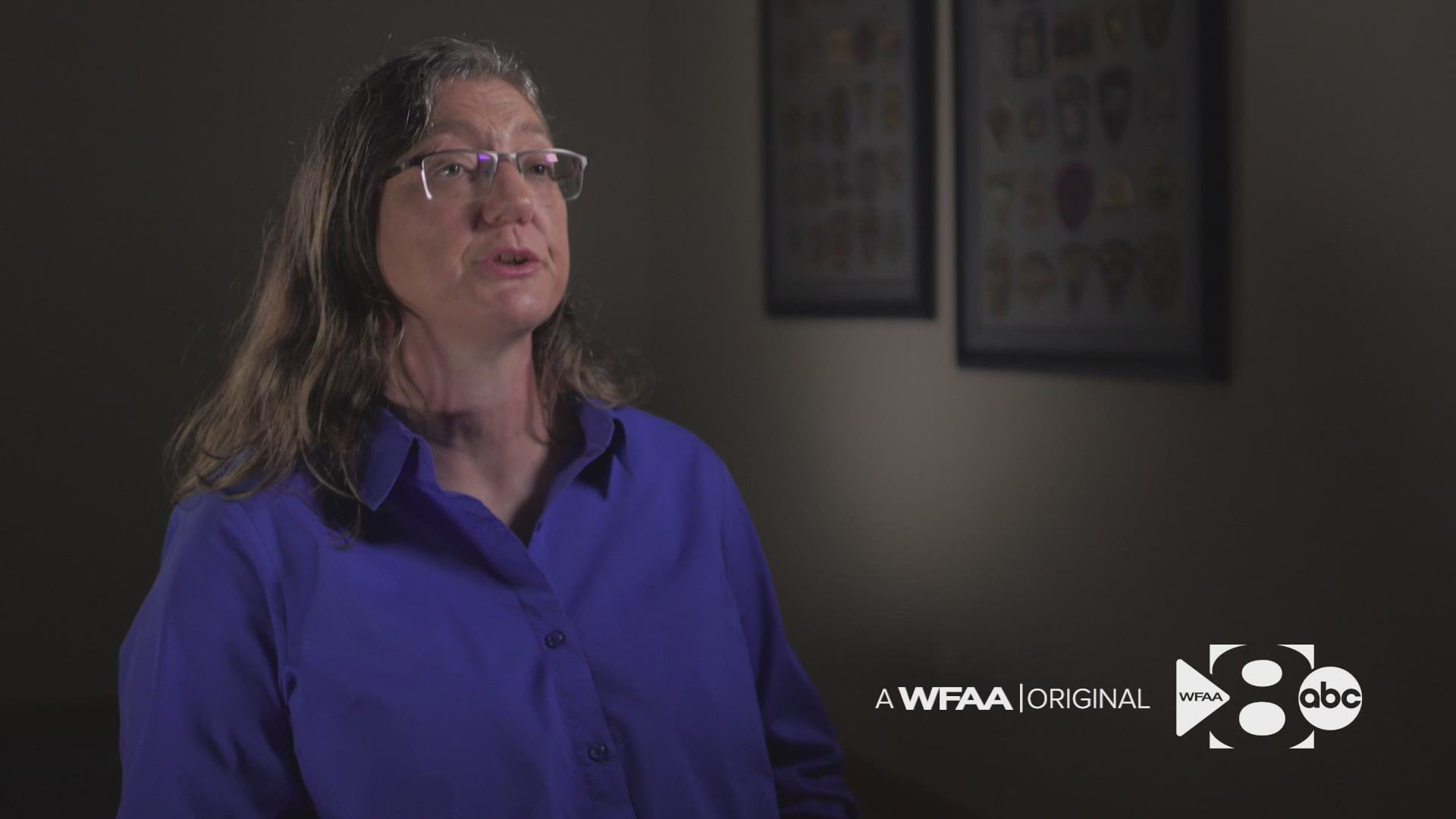 The 20 stitches, metal plate and screws in her left arm are a physical reminder of July 7, 2016. There are also the mental and emotional scars of a night that claimed the life of five police officers. Seven officers were also injured in an ambush, including McBride.

Five years ago, as McBride went to work that evening, she told her daughter she would see her later. It had been a somewhat routine shift, even though thousands had gathered in downtown Dallas to protest two out-of-state police shootings.

She’d stayed over to help out during the peaceful protest. As the protest neared an end, McBride and her partner were standing just across the train tracks near DART’s West Transfer station in downtown.

“All of the sudden, we thought we heard firecrackers and then figured out it was gunshots and took off running towards the gunfire,” McBride said.

As she ran, she felt a pop in the back of her arm. She threw herself to the ground and began crawling toward the statue in Rosa Parks Plaza, believing that the statue would protect herself from the onslaught of rifle bullets.

Only later would she realize she’d been wounded in her shoulder and stomach, the rifle round penetrating her vest.

Another bullet hit her radio, which she believes saved her from being shot in the stomach a second time. Another officer helped her across the park. They took cover behind a wall. She grabbed a tourniquet from her parked vehicle and showed other officers how to put it on her arm.

“I'm still yelling at people to get out because they're standing there peeking around the corner as we're still getting shot and I'm like, ‘Get out of here. Go,’” McBride said.

Officers put her into a squad car and drove her to the hospital.

There, she said she heard DART had a “27.” She knew that meant someone was dead – in cop lingo that means someone’s been killed – but no one would tell her who.

Later when she awoke from surgery on her arm and stomach, she’d learn her friend and colleague, DART police officer Brent Thompson, was among the five killed in the line of duty.

She’d seen him that evening. He was the phone with his wife and about to get off work. Hearing the shots, Thompson took cover behind a pillar, firing at the gunman. The shooter snuck up behind him, fatally wounding him.

McBride and other officers credit Thompson with saving lives because his actions gave other people time to react.

“It could have been a whole lot worse,” said McBride said, who remains close with Thompson’s wife.

Credit: Misty McBride
Former DART officer Misty McBride was shot in the stomach when a rifle round penetrated her vest during the 2016 attack.

She said her daughter gave her strength, staying by her side as she slowly recovered.

McBride underwent two more surgeries on her stomach and physical therapy to regain the use of her arm.

The rain and the cold still bother her arm. She can’t lift it above her head. Her daughter calls it her “Popeye arm.”

McBride returned to patrol work after recovering from her injuries, but left DART in late 2019.

She said after the downtown attack and its aftermath, she needed to do something else for a while. McBride currently works in security but remains a part-time reserve officer.

Her goal is to one day train other police officers.

July 7, 2016, is a day that changed her life and many other lives forever.

“That’s what we do. We run toward the bullets,” McBride said. “I want everybody to remember the officers that gave up their life doing what they loved.”