Board members voted unanimously Tuesday night to bypass the public bidding process when it came to securing goods and contracts needed to address tornado damage. 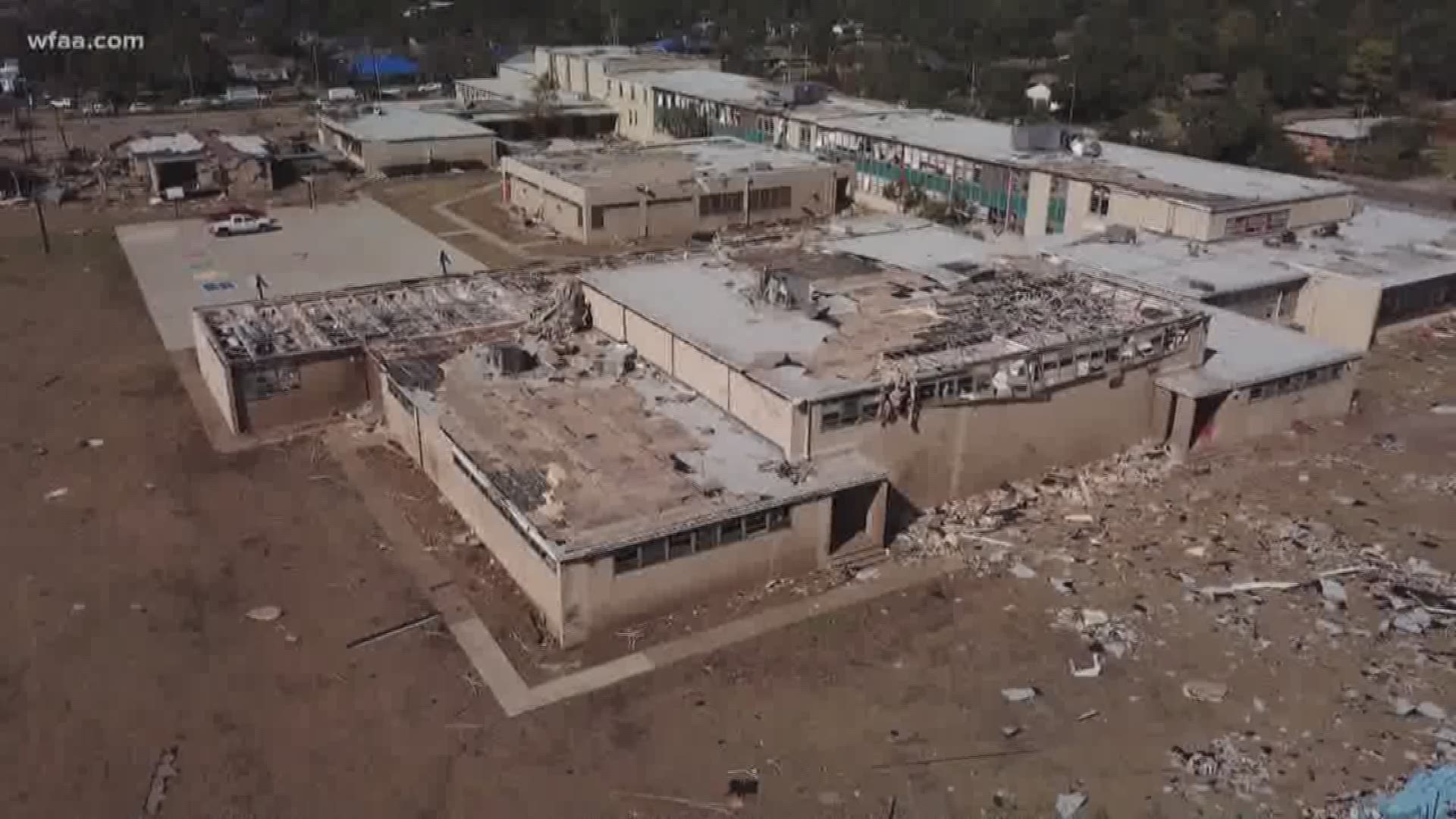 The meeting itself started with several huzzah moments but quickly turned to focus on what the district must do financially to fully rebuild.

Board members began the meeting to reflect on how the district quickly responded in a time of crisis.

Thousands of students displaced from their normal campuses were taken in by other campuses, either for a few days or for the rest of the year, within 48 hours of the storm touching down.

Thirty-eight bus routes were created in a 24-hour period, instructional materials, desks, and 3,000 lunches were relocated within one day.

"To get kids back in front of their teachers that fast is remarkable," Board Member Dustin Marshall said.

"I've never seen anything turn around that fast," Board Member Joyce Foreman echoed.

"Getting kids back, that was a sprint," Layne said. "The building recovery, well that's more of a marathon."

Right now, the district is relying on a reserve fund that totals $600 million to pay for unforeseen operational costs sparked by the tornado.

Layne told WFAA that so far the district has spent around $1 million.

But the district expects to replenish that money, and any unexpected costs from this point forward with an insurance payout.

When it comes to natural disasters, DISD's insurance policy covers up to $500 million per event.

The deductible is $2 million. Layne said that deductible would likely be paid with money from the district's reserve fund.

"The taxpayers won't be hurt in this matter, bottom line," Hinojosa said.

If so, Hinojosa said that a number of businesses and companies have offered to help rebuild.

He also added that FEMA will be surveying the damage this week to see if the district is eligible for any funding. The Dallas Education Foundation has also raised $1.3 million.

Layne told board members that a finite pricetag for losses from insurance adjusters will likely be known closer to Thanksgiving.

Once a battle plan is formed, Layne told reporters that it would likely take eight to 12 months to start planning rebuilds of Cary Middle School and Walnut Hill Elementary.

Construction for both schools would take between 12-18 months.

If Thomas Jefferson High isn't salvageable, it would take the same amount of time to plan a rebuild but at least two years to do construction.

That is a tough timeline for students at Thomas Jefferson.

They've been relocated to Thomas Edison Junior High, which is over nine miles away.

Principal Sandi Massey told WFAA that the distance and the fact that students may have lost cars in the storm is impacting attendance.

Enrollment sits around 1,880 and Massey said only 1,593 students showed up on Tuesday.

Hinojosa said that the district would be applying for an attendance waiver with the state in connection with the disaster so funding wouldn't be impacted.

At the end of the day, Massey said she just wants to make sure kids don't get burned out by the stress of the disaster and finish school.

"I want them all to stay with TJ. This is their story," Massey said.