Chef James McGee lost 140 pounds after he was inspired by his daughter’s health condition. Here's how he did it. 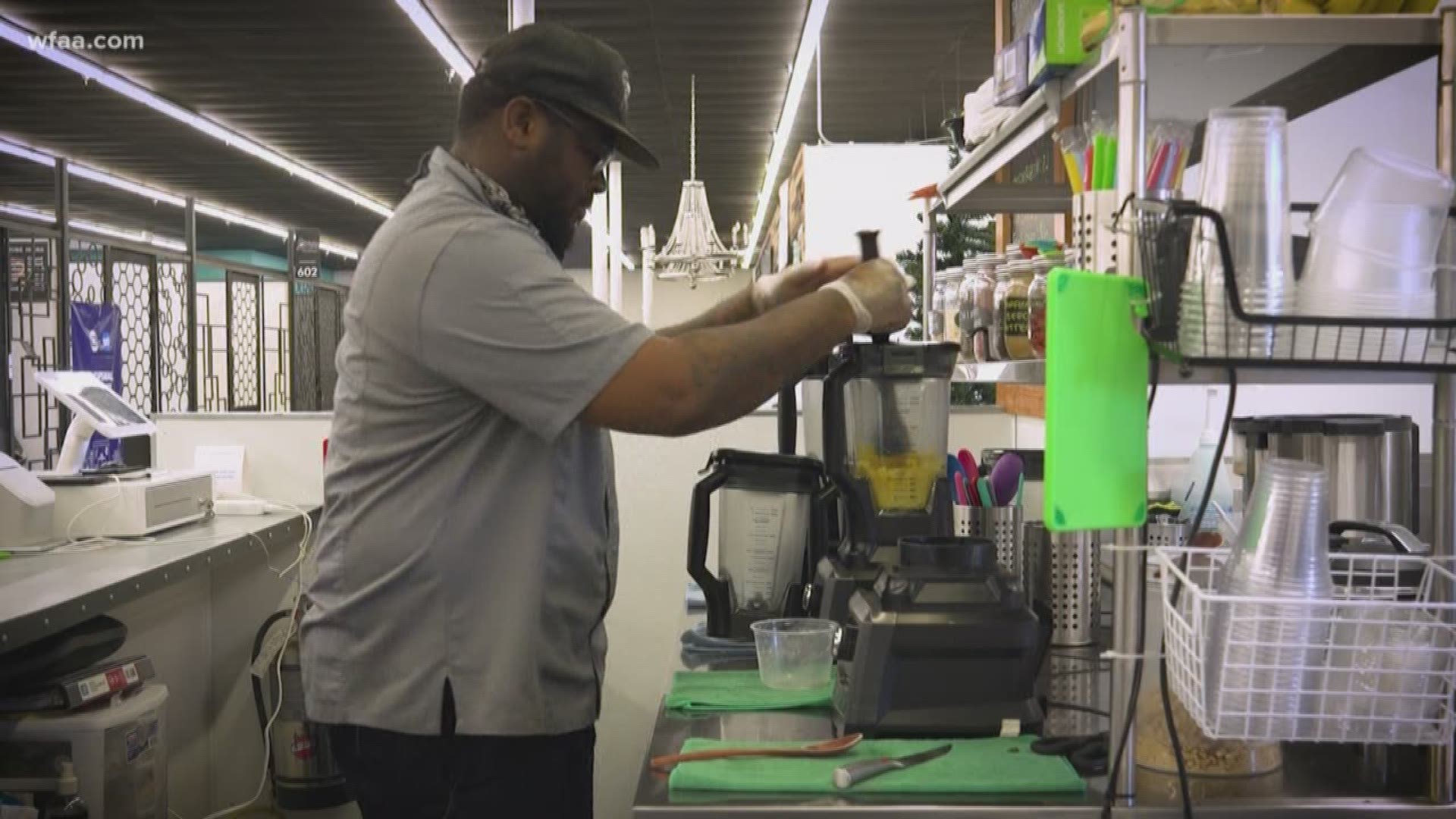 If you know James McGee, you know you’ll likely find him in a kitchen.

“I started cooking when I was in high school,” McGee said.

His relationship with food wasn’t always so healthy.

“My highest weight? I was at about 380, 390 [pounds] somewhere around there," he explained. "My kidneys were damaged, my liver was damaged, my blood stream was poisoned because my liver wasn’t functioning the correct way… so leaking enzymes into my blood stream. Cholesterol, blood pressure and all that was all messed up.”

The husband and father knew he had to make a change.

Around the same time, his daughter Captain was battling severe eczema and psoriasis.

It turned out food was causing Captain’s flare-ups.

“She was allergic to a lot of the things that we were feeding her on a daily basis,” Morgan McGee said. “Nuts, tree nuts, soy, fish, dairy, I mean the list goes on.”

Not only did the husband and wife change their daughter’s diet, they revamped theirs as well.

“I didn’t even know what vegan or vegetarian was,” James McGee laughed as he discussed his shift away from meat and dairy.

The family upped their fruit and vegetable intake in the form of juices and daily smoothies, as well.

“And I started to see the weight drop off,” McGee said. “My cholesterol and blood pressure started going down. I went to the doctor, and he said to just keep doing what I was doing. I got off all the pills I was on.”

In all, he dropped 140 pounds by just changing the way he eats. His health dramatically improved, and he opened Peace, Love & Eatz in DeSoto, a plant-based restaurant and smoothie shop, as a way to share the gift of health with friends and neighbors in his community.

RELATED: DeSoto restaurant among businesses to be featured during Weight Watchers tour with Oprah Winfrey

“That really hit us, you know, the fact that you’re giving your child something that’s hurting them, and you just don’t even know,” Morgan McGee said.

The family expanded their mission with a neighborhood garden that helps to support the restaurant and McGee’s nonprofit, which provides healthy food to homeless students.

The cause is close to his heart, as he experienced homelessness during periods of his childhood.

Now, he's made a commitment to stick with a strictly plant-based lifestyle and help others access that as well.

“When you have reasons that contain health, you know, living-- and possibly dying-- then it becomes serious, so you have to do something,” he said.