The UNT Health Science Center is arming staff and students with thousands of doses of Narcan and training on how to administer the overdose reversal drug. 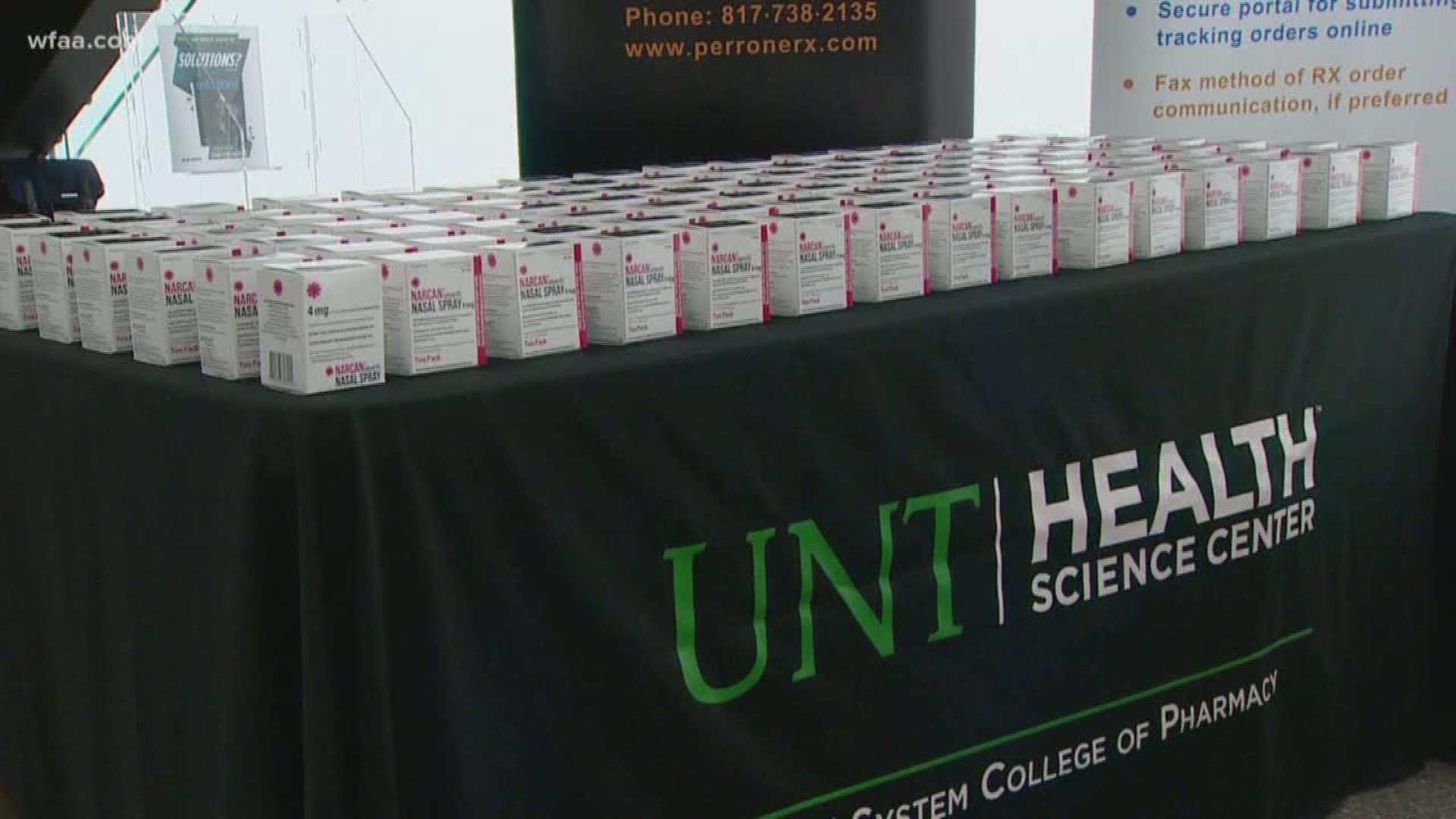 FORT WORTH, Texas — Staff and students at The University of North Texas Health Science Center are taking the opioid epidemic into their own hands through an overdose drug reversal distribution and training program.

The school announced Tuesday it would provide 4,500 Narcan kits, each with two doses, enough for every staff, student and faculty member on campus.

“Lives could be saved in a matter of seconds," UNTHSC president Michael Williams said.

Close to 130 people died of an opioid overdose every day in 2017, according to the CDC.  While overdose reversal drugs have become more accessible, not enough is being done to put them in the hands of people who can use them, Williams said.

“It seems like nobody’s taking the action on it to bring it into the community,” Williams said.

Alan Stucky, a UNT system interim vice chancellor and general counsel, lost his son Holden to an opioid overdose. He now carries a Narcan every day, and said he supports the school’s initiative.

“It’s too late for us,” Stucky told a group of staff and students Tuesday. “Maybe not too late to save a life for someone else.”

Here's what you need to know if you suspect someone has suffered an opioid overdosed, according to the UNT Health Science Center:

Symptoms of an overdose