"She asked for medical care. She was denied that medical care over and over again," said attorney James Roberts of Scott H. Palmer Attorneys & Counselors at Law. 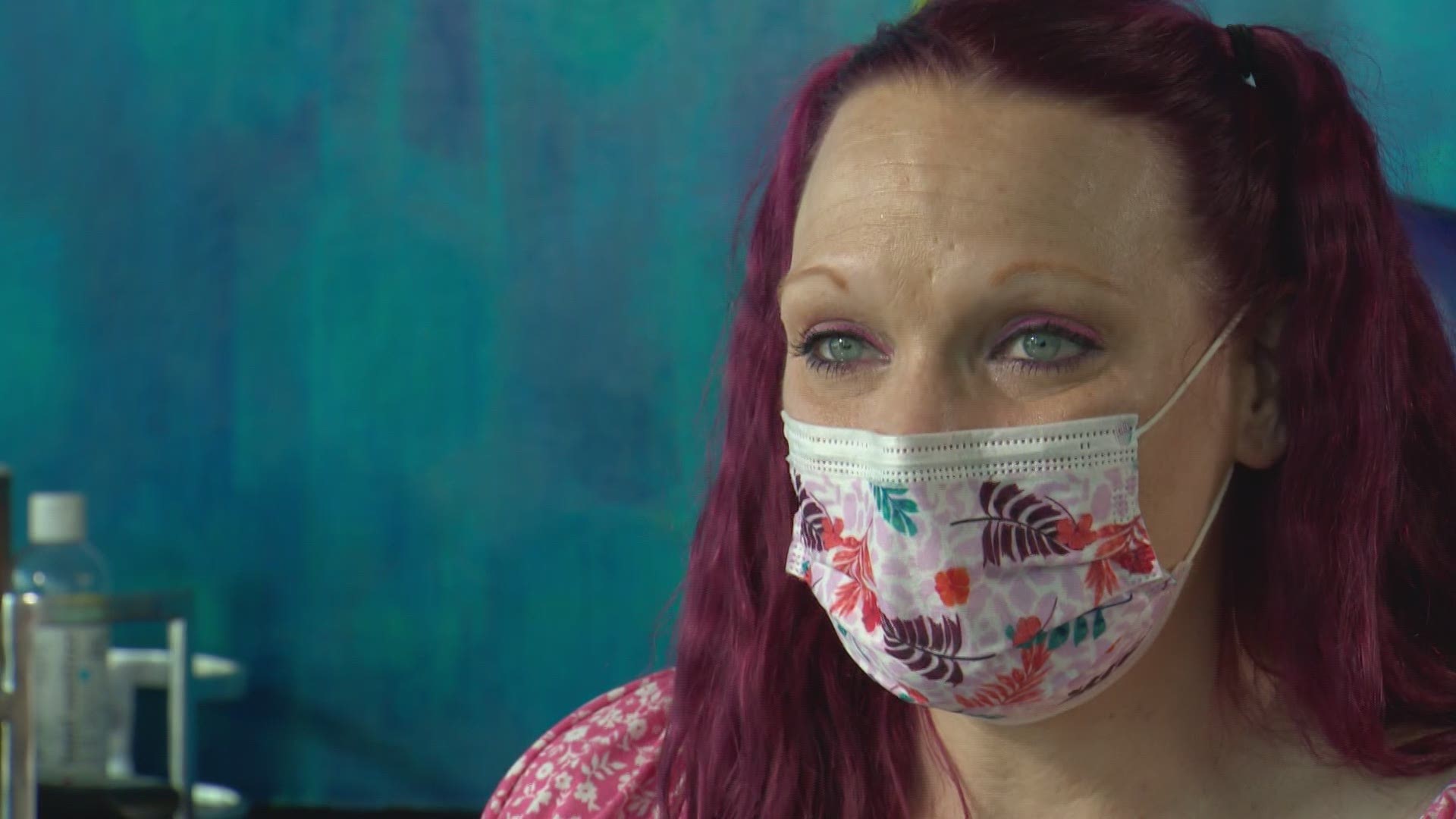 MCKINNEY, Texas — Lauren Kent of Collin County is happy to be a mother again. She says her 9-month-old son named Nova has been a true light for her during a very rocky two-year period in her life where she dealt with a stillbirth while in jail.

It started when Kent was incarcerated in June 2019 at the Collin County Detention Facility for unauthorized use of a debit card. Kent was three months pregnant with Dakota at the time of the incarceration but was confident she'd receive adequate care as an expectant mother.

"I was screaming and yelling and I knew something was wrong," said Kent. "I didn't feel something was really really wrong until I was three weeks in," she said.

Kent was placed at the minimum security jail at the detention facility in McKinney. She said her repeated pleadings for help to nurses "fell on deaf ears." It is the reason the family has filed suit. According to the complaint drafted by her attorneys, Kent says she had severe "abdominal pain, abdominal cramping, and vaginal bleeding."

RELATED: Authorities still searching for man they say shot a Rhome police officer. Here's what we know about the suspect

"She asked for medical care. She was denied that medical care over and over again," said attorney James Roberts of Scott H. Palmer Attorneys & Counselors at Law.

Kent told WFAA she was informed by staff that she "must saturate two pads before getting help," read the complaint. Kent says she was four and half months along when she lost the child by miscarriage. She recalls being alone in her cell at dinner time.

Collin County contracts with third-party medical provider Wellpath. The national provider is a healthcare provider for numerous correctional facilities. Kent said she never saw a doctor during her two-month stay and says she was seen by a physician's assistant only early on.

"Nothing they did could be deemed adequate in any way," Roberts said.

She says daily check-ins with a nurse were not check-ups at all. The complaint drafted by attorneys read Kent was "threatened with discipline if she kept coming to the nurse's office."

The nurses are listed in the suit along with Collin County and Wellpath.

"They didn't treat me like a human," she said. "It's not right, my baby should be here," said Kent.

Attorney Scott Palmer argues the way Kent was treated came down to cost savings. Palmer says Wellpath has a history of providing inadequate care at a lower cost.

"Collin County was assured by Wellpath that they would keep their inmates onsite and not taken offsite which would cost more money," said Palmer.

"Collin County denies the allegation made in this lawsuit and will vigorously defend itself in this litigation."

Wellpath has also been made aware it was named in the suit.

RELATED: VERIFY: Prisoners qualify for stimulus checks, but getting them is another thing

"Wellpath is aware of the referenced lawsuit. Because litigation is ongoing and involves detailed personal and medical information regarding a patient, we are unable to comment or provide details at this time," they said in a statement.

Palmer said Kent had intended to give up her child for adoption. He says there had also been an adoption advocate outside of the jail hoping and wanting to keep tabs on Kent and the child.

It is medically unclear if the care she received had any effect on the stillbirth of her son.

Lauren Kent says she is trying to move on but it is hard. For now, she is keeping busy with Nova, her 9-month-old bundle of joy. But she admits it's hard to not think about Dakota and the chance at life he never had.