Thousands of Texans are overdue for second vaccine doses, and the problem is expected to worsen

Those overdue are mostly healthcare workers since vaccinations for those 65+ or with health conditions started later. 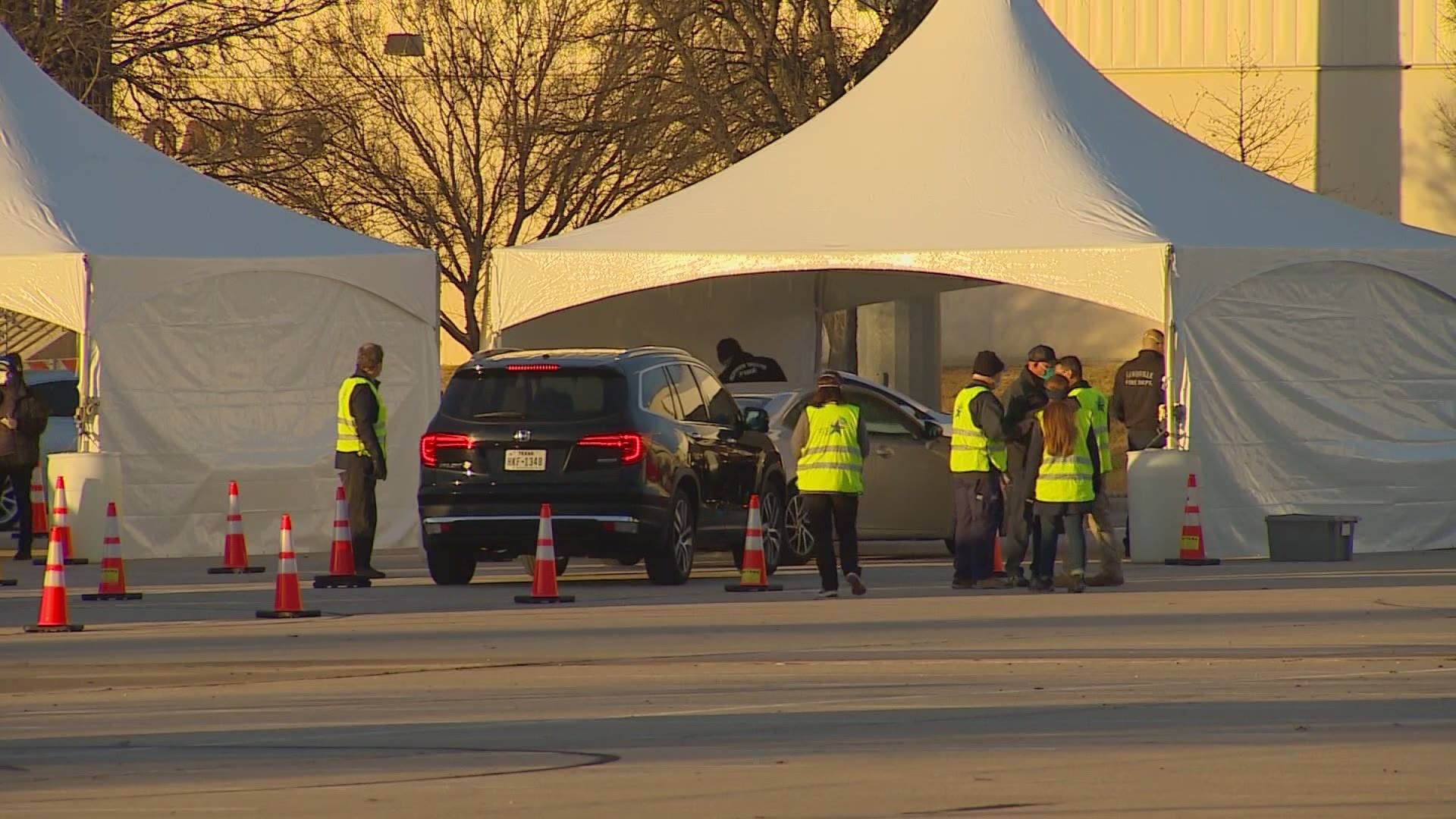 DALLAS — The latest COVID-19 vaccine rollout issue isn’t an unexpected one, but it’s no less problematic.

Some Texans aren’t showing back up for their scheduled second doses, and experts say it’s leaving them unprotected and slowing down vaccinations statewide.

“We’ve emailed. We’ve called,” said Dr. John Myers, the chief medical officer at City Hospital at White Rock in Dallas. “It’s just been logistically hard because they either have to find a ride or it’s a day that may not work for them.”

Myers says they’ve done more than 1,000 vaccinations, but 15-20 percent of people due for second doses aren’t coming back or showing up, especially those over the age of 65 or those with health conditions.

Beyond the problems for those due to be vaccinated, it’s also causing logistics issues for the hospital, because those second doses are assigned and held. Myers says they try to find employees to vaccinate instead so doses readied for use aren’t wasted.

RELATED: How many COVID-19 vaccines have been wasted so far across Texas? A small fraction, state says

Dr. Robert Atmar is an infectious disease specialist at Baylor College of Medicine and was on the CDC panel that set the order for vaccination groups.

He says one shot of Moderna or Pfizer gives less protection than two and doesn’t last as long.

“At least in terms of antibodies that would kill or neutralize the virus, the levels were very low,” he said. “It was only after the second dose that those levels went high.”

It could also mean less protection from new variants and even possibly help to create new ones because people who have antibodies prevent severe illness but can't kill the virus or prevent it from spreading.

Moderna recommends a second shot four weeks later. For Pfizer, it’s three weeks. Texas health officials, though, say as of Sunday, 5,930 people have already gone six weeks, which is roughly when vaccinations started. That's up from less than 200 people overdue on Thursday.

RELATED: Here's how to register for a vaccine mega-site in North Texas

Another 144,832 people are currently due for second shots.

“I think those numbers are spot on and they are worrisome," Myers said.

Atmar says it’s never too late for a second dose, but those skipping are more likely to end up hospitalized in between doses.

“They're at risk for getting infected, getting sick, and having their complications related to getting sick,” he said.

He also believes there could even be a need for a third shot eight months to a year later.

“It may be that it will become our new flu shot where it's something we get every year,” Atmar said.

Johnson and Johnson’s vaccine requires just one shot based on how it was tested and was shown to still be effective. It’s designed differently than the Moderna or Pfizer vaccines, but it isn’t authorized yet.

Atmar says the more data comes out, the more effective and safe current vaccines appear, but they can’t help, if they’re not used.

Myers is hoping hospitals, which more locations across communities, could help cut down on transportation issues caused by hubs. Atmar says the answer is likely regional.

“We're going to have to come up with new strategies to figure out how to deliver the second dose,” Atmar said. “And part of that is figuring out the 'why.'"