'This is not acceptable': Collin County judge on COVID-19 vaccine distribution disparity

Pat Parker knows the only way to get back to teaching is to get the vaccine. She is currently number 16,793 in line to get a vaccine in a county that has none. 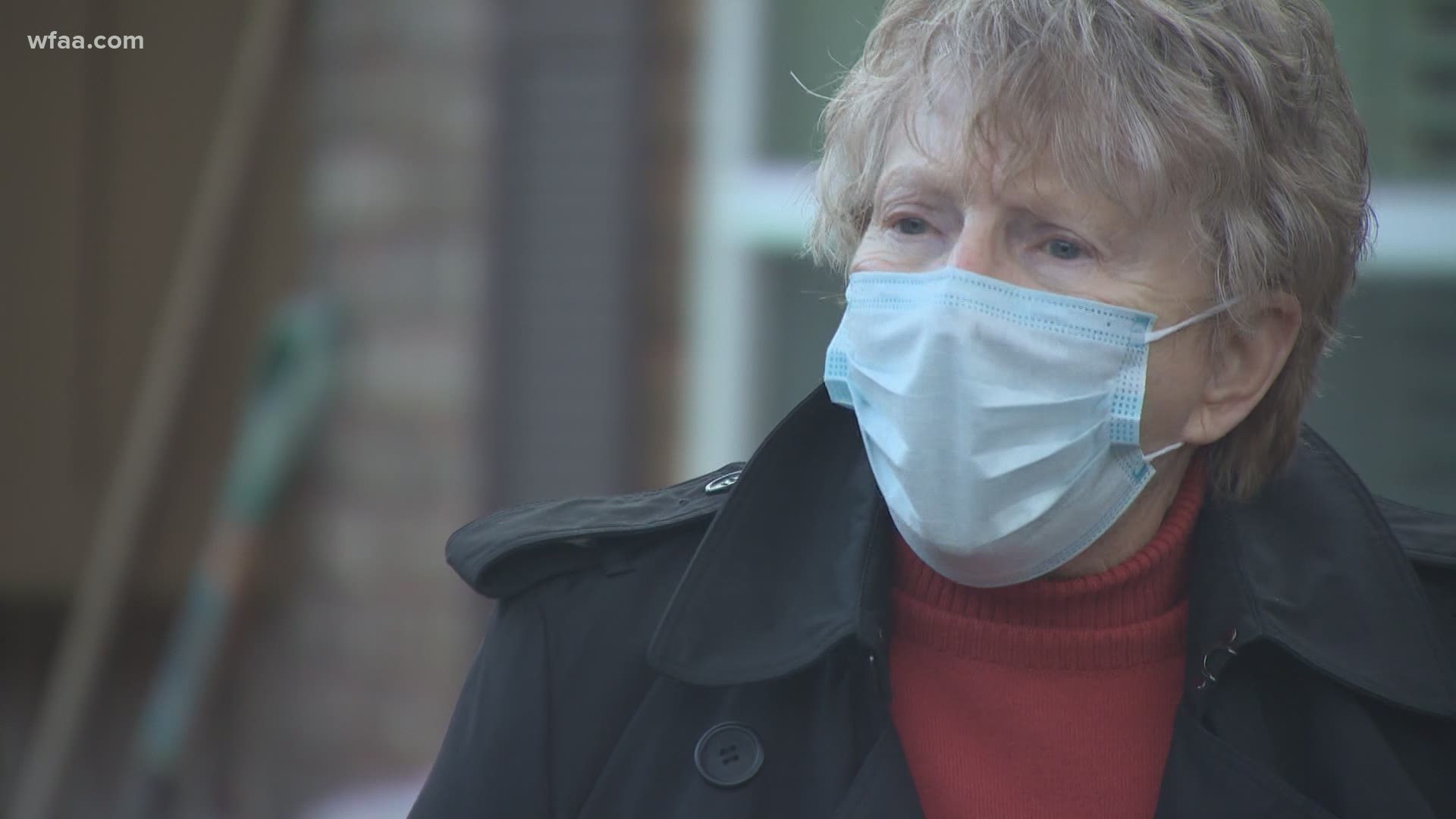 COLLIN COUNTY, Texas — Pat Parker, of Plano, really wants to be back in the classroom. The educator of 51 years teaches English at a nearby community college. Parker knows the only way for things to go back to normal is if people get their coronavirus vaccinations.

"We're not meant to be like this," Parker said about the isolation.

Parker signed up to be on the county's waiting list for the vaccine.

She told WFAA that she signed up just two hours after the registration opened.

At first, Parker was surprised she got a number so high after she registered so early into the process, and especially considering only groups 1A and 1B are able to sign up.

At the same time, the county has been dealing with a host of issues getting the vaccine.

Collin County Judge Chris Hill took jabs at the state for its vaccine response. He wrote in a social media post that the county has the worst ratio of doses received in the state.

"This is not acceptable, and it needs to change immediately," wrote Hill.

The number of people in Collin on the total waitlist would fill every seat at AT&T Stadium. There are currently 86,000 people signed up for the waiting list.

If there are no vaccines, a waitlist almost seems a moot point. So far, county health has only received 2,000 doses and another 2,000 doses are coming next week.

Parker said she got automated messages telling her to find the vaccine elsewhere. She has lost faith in the county and state in getting the vaccine in a timely manner.

"In other words, what did I just register for? Nothing, nothing," said Parker.

She's also trying to get the vaccine through her pharmacy. She is upset at the local, state, and federal levels for its response to the virus and the vaccine rollout.

"If you're not serving, you're not doing your job," she said adamantly.

Hill told WFAA that the county is prepared to be a mass vaccine site and is waiting on the state to give the green light.

Parker wants to get that vaccine. The sooner she does get the vaccine, the sooner she may return to the classroom.