Two different agencies have two different maps. Neither is answering questions. Both are telling people to do the opposite of what providers recommend. 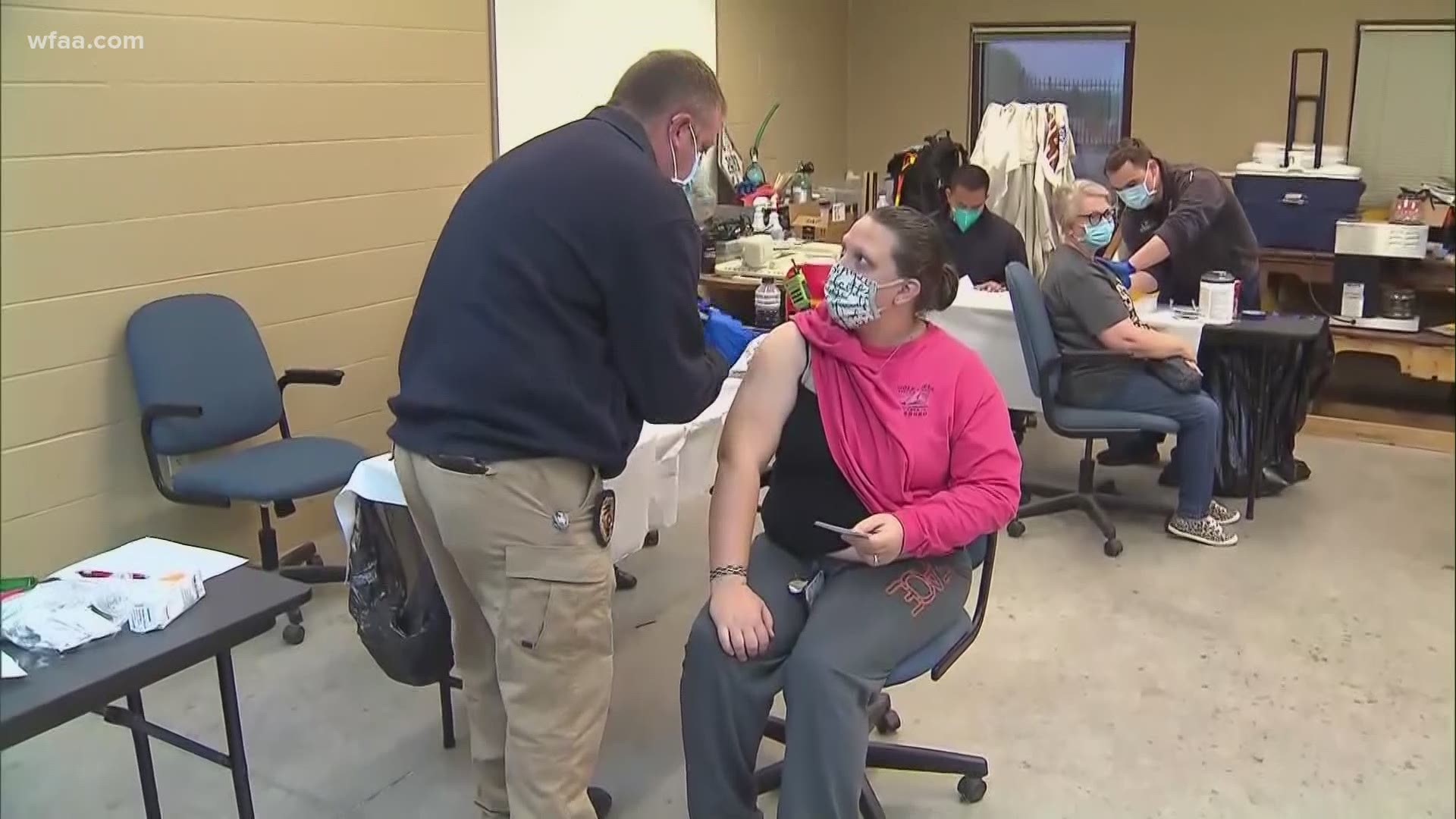 FORT WORTH, Texas — The vaccine rollout in Texas has been plagued by slow reporting, miscommunications and a lack of public information.

“We knew it was going to be rough, but still we are falling below expectations even considering that,” said Dr. Peter Hotez, the dean of the National School of Tropical Medicine at Baylor College of Medicine.

Hotez believes the vaccine rollout is going too slowly because of a lack of planning.

“That's the story of our COVID response: fragmented, very heterogeneous, uneven, and we can't afford it this time around,” said Hotez.

The state’s main vaccine page says clearly providers should vaccinate the 1B group, people 65 and up or those with health conditions.

Some providers say they’re not vaccinating 1B groups yet, though.

Both the Texas Division of Emergency Management and the Texas Department of State Health Services have two different maps showing providers who have received vaccine doses. Both advise people to reach out to providers and ask if they are providing vaccinations for 1B groups and if they have any available.

At the same time, providers from hospitals to pharmacies and health departments are stressing to not call and reach out.

“We don't want to reproduce for vaccines, the mess we've already had for diagnostic testing, you know where people are still, a year into this, still waiting in line for hours for a crummy diagnostic test,” said Hotez.

WFAA been asking state health officials for an interview nearly every day for weeks, but the department’s spokespeople continue to say they’re unavailable. The Texas Department of Emergency Management also did not respond to calls Wednesday.

Hotez believes the restrictions around different groups should be opened up more broadly, and massive vaccination hubs should replace individual pharmacies.

“I think that's really important, especially important in low income neighborhoods, which are pharmacy deserts, so how do we get vaccines out to those groups?” Hotez said.

“You can't expect the pharmacist to be the gatekeeper on this, so the pharmacist is not going to start taking a medical history of you. I think the recommendations for the rollout coming from CDC, which is what ACIP is part of, is a bit tone deaf to the realities of what our health system can accommodate.”

In early December, Governor Greg Abbot said the state would get 1.4 million doses this month. As of Dec. 30, the state’s dashboard shows distribution is less than halfway there, at 678,925 doses. Only about 30% of those have been distributed according to the dashboard.

Wednesday evening, Austin State Representative Donna Howard wrote on Twitter that she had met with state health officials and learned that Phase 1B was activated under the belief there were a significant number of extra doses not being used.

However, she wrote that wasn’t the case.

There are also large differences in where doses are available and scarce.

"Unfortunately, rollout of expanded eligibility came before assurance of available vaccines,” Howard wrote. “Some areas, like Houston, have actually begun vaccinating 1B people through healthcare institutions where they are enrolled for primary care. Not the case in many other parts of the state.”

That aligns with what the Dallas-Fort Worth Hospital Council shared Wednesday.

“Hospitals in North Texas have worked conscientiously to administer the vaccine doses in a timely and efficient manner,” DFW Hospital Council President Steven Love said in an email.

“The problem has been the bookkeeping, if you will, because the state data reporting is a very detailed and a laborious process which we know is certainly needed for accurate documentation. The input into the computer reporting system and processing of the data has been very slow and had a significant lag time associated with being received by the state.”

Operation Warp Speed says weather and holidays have slowed them down distributing the vaccine.

“We know that it should be better and we’re working hard to make it better,” Moncef Slaoui, the chief advisor in Operation Warp Speed said. “We welcome very much any input.

Hotez said the federal government shipping doses without a vaccination plan is a failure.

“Extremely disappointing to know that Operation Warp Speed never planned it beyond handing off the delivery of boxes,” Hotez said. “What they did was they dropped off 20 million boxes of IKEA furniture, and then we're only looking at it now for the first time and realizing it says assembly required and that's not adequate.”

As an infectious disease doctor, Hotez was one of the first in line to be vaccinated. He’s due for his second shot the first week of January. Hotez said he only experienced mild aches and pains that went away after a couple days.

He said while some people are dug in against vaccines, people on the fence waiting to watch to see what happens should go ahead and get in line.

“The only thing besides mass and social distancing that's going to save your life and keep you out of the ICU in the hospital is getting virus neutralizing antibodies in your system through vaccination,” Hotez said. “It's the best way you can ensure to save your life and the lives of your loved ones.”

With Texas deaths, hospitalizations, cases and positivity rate all near or at record highs, vaccinations are the only lifeline and they’re staying out of reach for many.

“We're so backed into a corner we have no choice but to vaccinate our way out of this,” said Hotez. 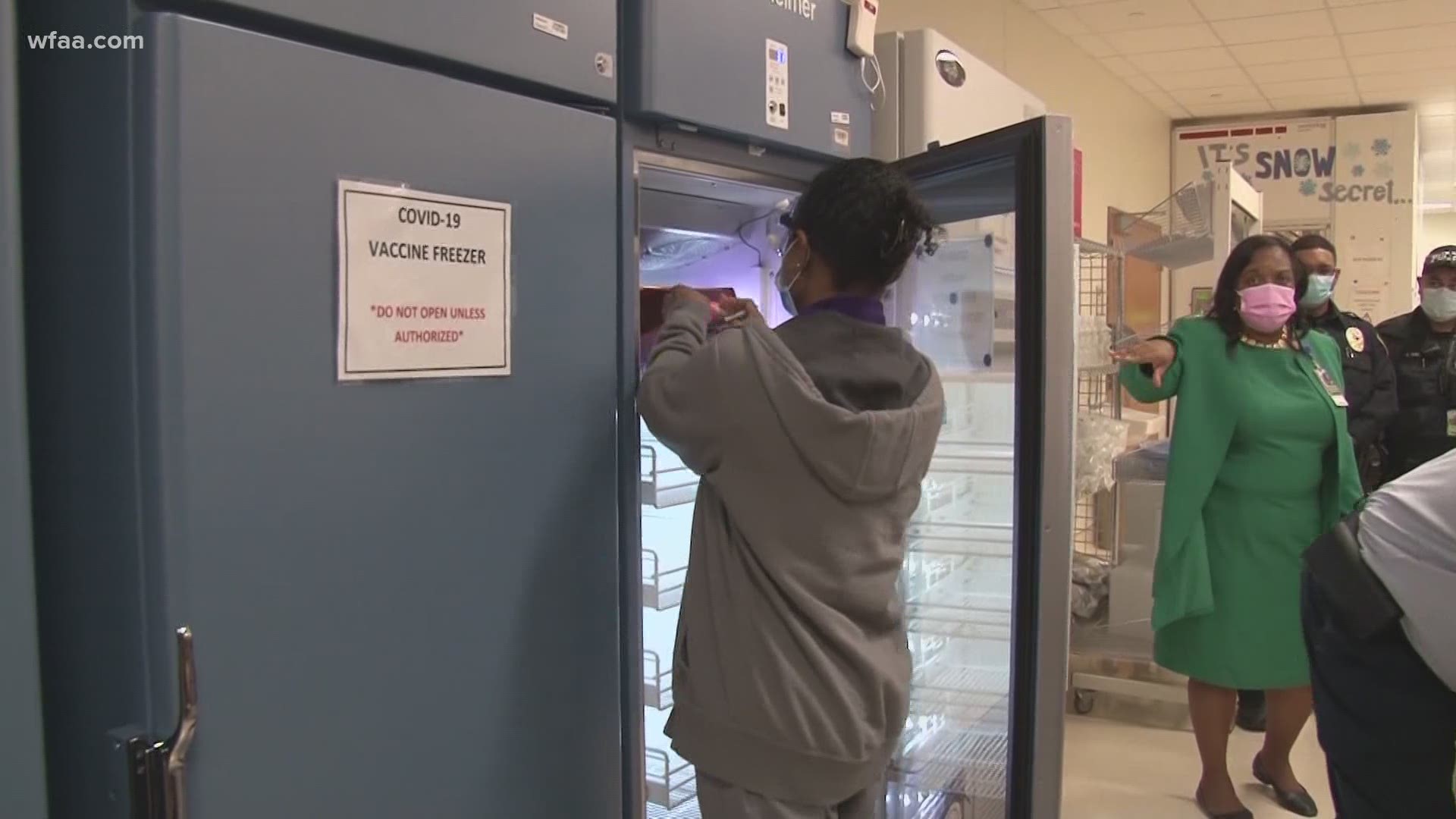 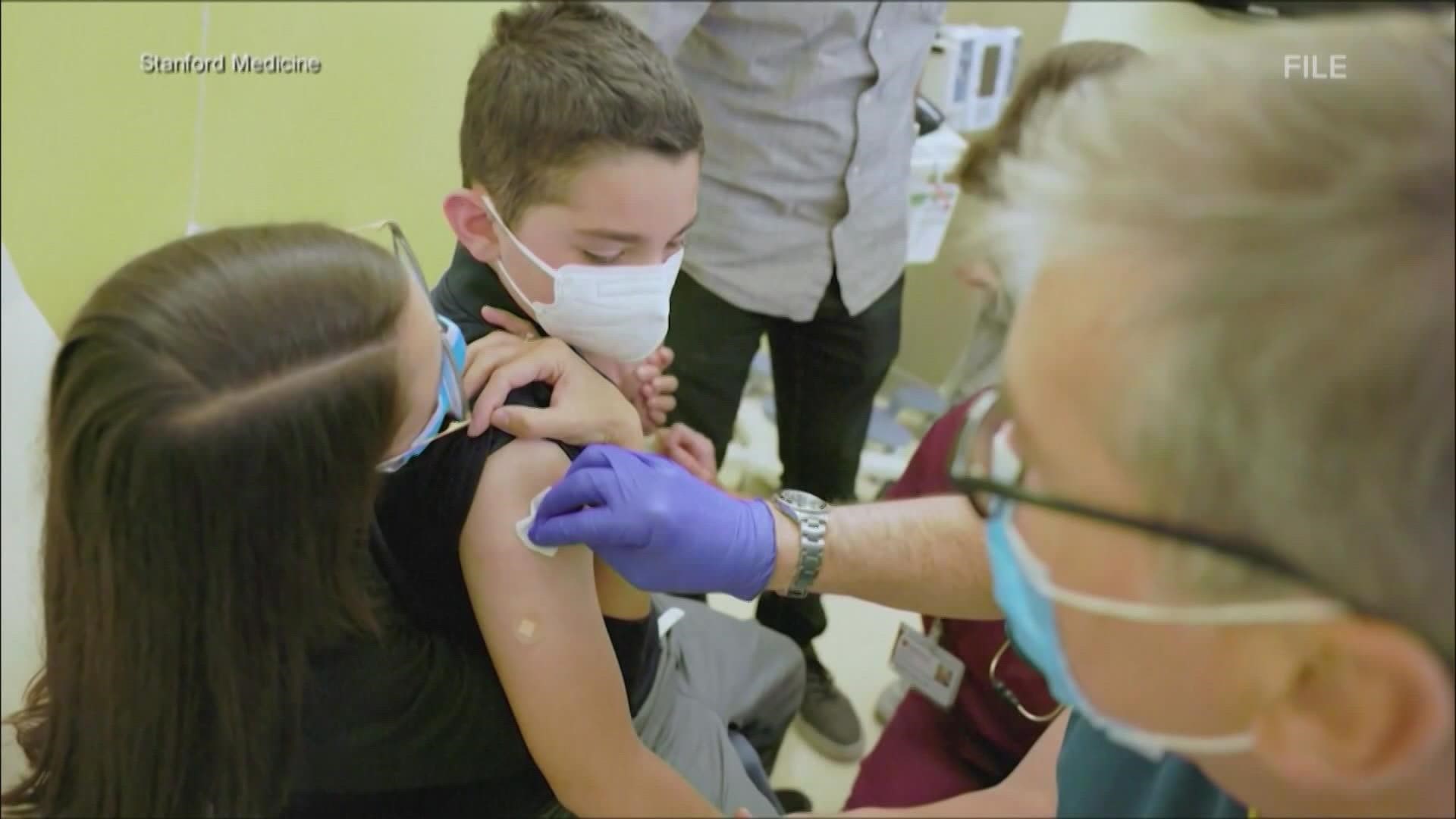 FDA, CDC to meet ahead of the rollout for COVID vaccinations for younger children